Yep, someone commented on that yesterday. It’s on the list and @rs38000 submitted a ticket to Zendesk.

Use this workaround for the moment.

I think after WU6 LGMS airfield is missing, so when you will land there you will not complete the leg. The workarond is download from flightsim.to the collection of greek airfield part. 5 and copy the LGMS folder in Community. Now you can complete this leg in Balkan bush flight.

I have the Xbox xs so I don’t think that’s gonna work for me . Thanks tho.

No lights and few to no airport buildings

I found in the latest version all my local (HUGE region) airports are missing.

I don’t know every airport that is gone but in scrolling out the map a bit you can see it’s a huge area from north of Cincinnati, Ohio to South of Lexington, Kentucky and east and west from there. I have reported this to Zendesk. I fly my VA from some of these and thus screwed until they fix this! 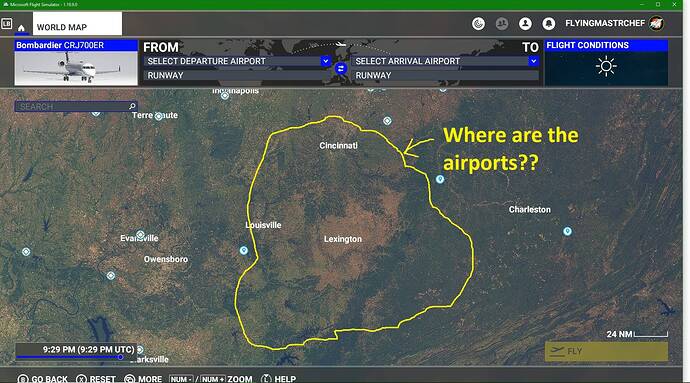 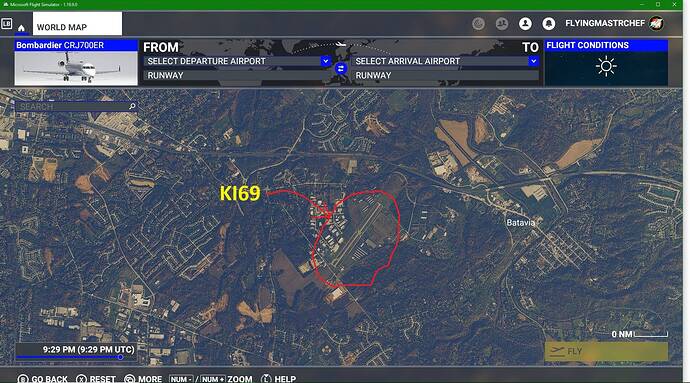 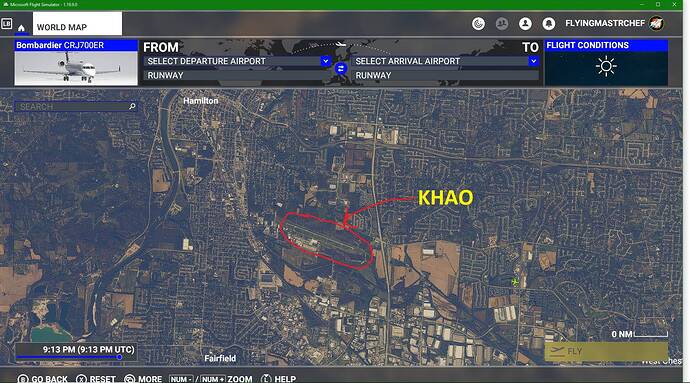 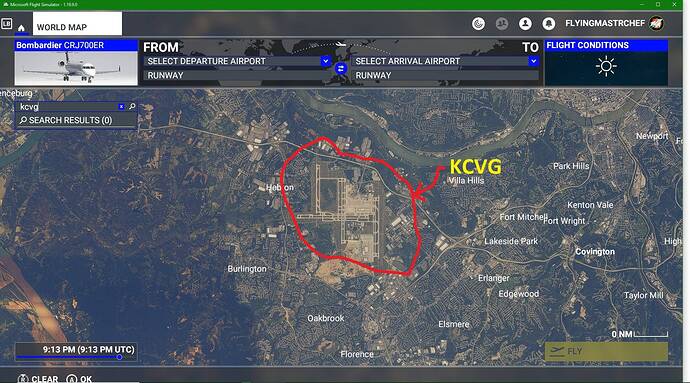 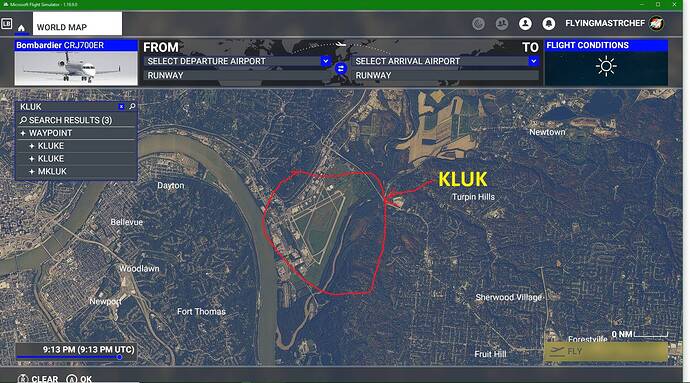 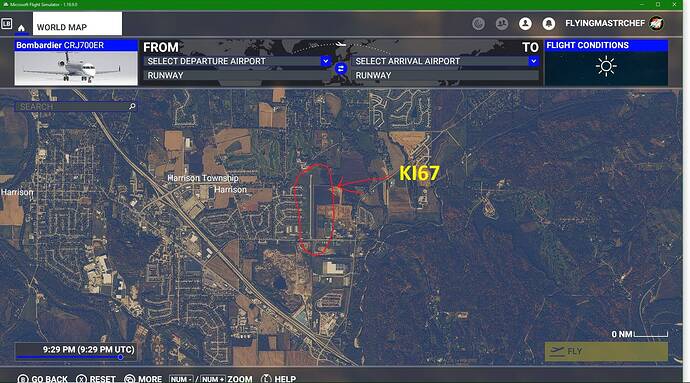 All of the airports are there for me. I flew out of KLUK last week. Beautiful area btw. In the sim, KI67 and KI69 are known as I67 and I69. Do you have any 3rd party addons installed?

Very odd. No, I have nothing installed. Literally just had to reinstall MSFS for the 20th or so time. That was yesterday that it finally decided to install and work (had been having issues since I decided to move SSD’s for a bigger one.) I ran it today and was going to start at KHAO and it was simply not there. Then, as you can see, I found all those others NOT showing up and not in my list. Must be a database issue and hopefully Zendesk can tell me what to do about it. I didn’t actually FLY the sim to see if the airport was there just not in the DB or showing on the map…I’ll actually do that right now and reply back once I find out…

Ok…so I flew the area. The airports are technically there. The buildings are there but the ground surfaces are NOT. What is there is the sat photos of the ground. And some, in the case of KCVG are like 15 years old. Back when the Terminal C was still there. It’s been long gone for many years now. Hasn’t been on Google sat images in many years. Going to update my ticket on Zendesk as I took a bunch of screenshots of the airports.

What happened to Girona Costa Brava Airport?It used to be there but now I can’t fly from it?

LEGE? It’s there. Are you using 3rd party addons?

Yeah I use a few addons from Orbx but none that I could see affecting this area?Only landmark packs for countries such as Australia or USA

Build 1.20.6.0 added a few airports to the sim including 4 from the missing list above.

Just reported N85 - For at least the third time since the Beta. why its not on the reported list I don’t know. It is also not the tiniest of airports, normal GA airport, yet it is excluded. Close surrounding, smaller or private airstrips WERE included. N85 is a NORMAL public use airport.

Its not listed in the alphabetical listing in the original first post above, or I’m blind, but ok. - KN85 is not the correct Identifier for Alexandria. it is N85. AirNav: N85 - Alexandria Airport 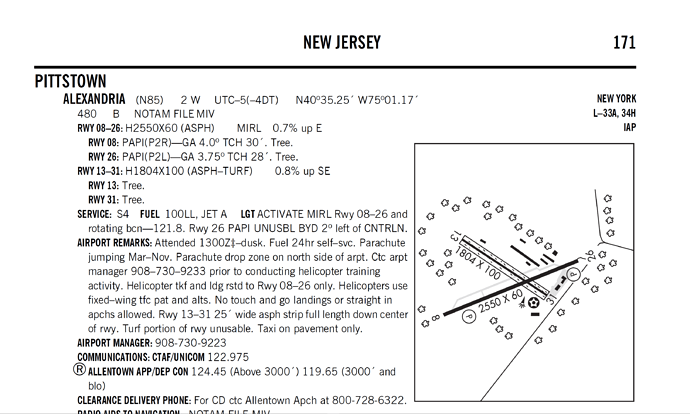 SPOL, Collique airport, near spjc is missing. Lima Peru, my dad flew there when I was a little kid, he was in the flying club there, fun.
Thanks
Bill