Offset Courses. Would that be of use? For separation ATC gives offsets to tracks eg 2nm right of Track.

Well it does rarely happen in Europe at least, in the north atlantic and other oceanic airspaces its common to use Strategic Lateral Offset Procedures (SLOP) but that is not given by ATC, pilots are free to choose their own offsets (on track, 1 nm right or 2 nm righ), maybe coordinating themselves with other traffic via air-to-air to space eachother out. Otherwise its an advanced function in the sim which is not even commongly used in real life.

Thanks. I have also seen it employed in China where it was given by ATC. But I am not a professional pilot.

The offsets are primarily designed to space aircraft out which would other wise exactly follow the same airway and level with accuracy of meters due to modern equipment, increasing the potential for a mid-air. But since more and more countries are switching to “free-route” airspace nowadays where airways are disappearing its no longer an issue. Just check the airway structure at some European countries, airways have completely disappeared. Take Austria for example: 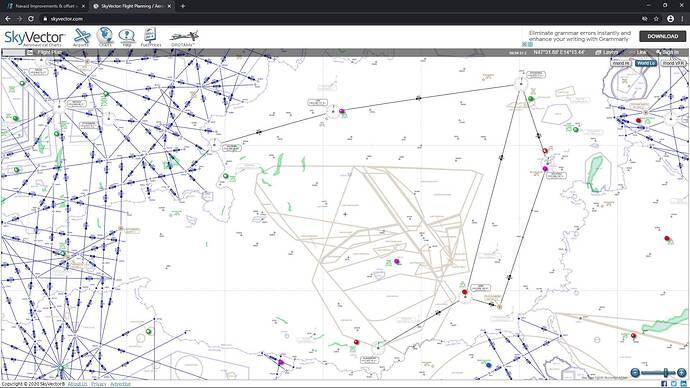 In the Route Availability Document (RAD) there might still be rules valid regarding via which waypoints to file to a specific airport but for transit its nowadays just an entry point on the border, direct to an exit point on the border at the other side of the country.

Cool. Thanks for the comprehensive explanation. Then we can take my suggestion of the list indeed.

I’d like to have some more randomness and inaccuracy in the signals. Look at real NDB needles and how they swing around. When you’re far out and it’s barely receiving a signal they might just spin in circles like mad. I don’t say it would have to be like that - but right now everything just feels so artifical and calculated (well, it is…). Maybe it’s just me, but I miss some more lifelike feeling in the instruments.

In the preliminary changelog for SU6, there is an item concerning offset approaches:

Would be nice to finally be able to fly the Innsbruck approach properly.

Would be nice! I’m on the Steam version so I’m not on the Beta team so w’ll see then SU6 rolls out! 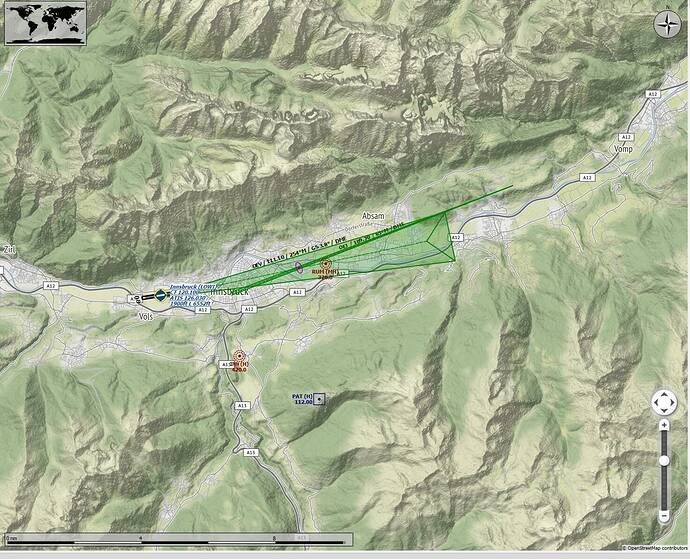 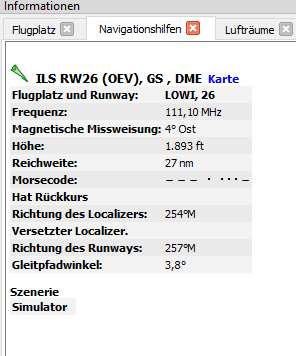 I don’t hope those are the actual dimensions of the localizers, then you aren’t able to receive them from the proper distance