I’ve just tried the same flight twice, orbx’s EPKK to FT EKCH in the FBW A32NX. and had 2 CTDs in the exact same location, the event log is as follows

It seems to be the ntdll.dll? If so what causes this/how can I fix it?

I had exactly the same type of crash shortly after take-off on Monday evening, from a location in Japan.

I logged a ticket with Zendesk, and they came back with a few things that didn’t apply to me, like running at least Windows 10 2004, and I’m on 21H1.

Regarding the DLL, the last thing they suggest was to go into safe mode, unregister the ntdll.dll, then re-register it, then boot normally.

I had already relaunched the flight afterwards, exactly the same route, and was able to fly for 2 hours with no crash.

They never explained how re-registering that DLL was supposed to help, only that I should do it, but since the relaunch I was able to finish the flight, and the CTD was not repeatable, I have not done that yet.

Ok thanks, I am going to try a different flight and see if that works, but if not I’ll try the safe mode thing but I’ll have to find some info on how to do that

This was their exact wording, but do this at your own risk:

If the issue persists, reinstall the DLL

Now that I read it again, it makes no mention of Safe Mode at all, so I think I made that up in my head.

This is the message I get when I try to unregister that DLL on one of my work machines:

I will report this back to the help desk ticket also.

Thank you, I shall see how it goes

I think they have rather simplistically looked at the DLL, and suggested a de/re-register the DLL was teh way to go, without actually trying this themselves.

Some of the other suggestions were sensible, like re-trying without mods, to the somewhat clutching at straws use of SFC to scan for file system errors, and a link to an article on how to perform a “Clean Boot” in Spanish!

Update - just done 2 flights (away from EKCH), full withs mods/scenery etc, 0 issues, tried loading in at EKCH, ctd on loading screen, must be an FT EKCH issue, thinking about it i’ve not flown into ekch since wu5, so might be a compatibility issue

Edit : Low and behold it’s a known issue and I missed the update to fix it…I beg FT brought out a manager like orbx or contrail…or sell all their scenery through orbx and not just sydney

Having similar issues when loading flight from EFHK or any neighbourhood, i have tried to load the sim without Finnish addons in the community-folder, sim just ctd’s to a desktop
Error log shows like this:

I’ve seen this rarely reported, and I think I have had it once only myself. No idea what triggered it, but it was not repeatable, sadly. Or perhaps fortunately, depending on your outlook on life.

I managed to get rid of ctd’s

Simply removed everything from community-folder, started sim up, everything works fine and started adding addons again, testing that sim works after adding few addons. So far no problems. Maybe some addon was causing it, haven’t yet find out which one

I would imagine the vast majority of CTD causes are conflicts with addons. Others I’ve seen are issues with terrain, and a particular location but they are quite rare.

I my case CTD started out of the blue after the last Win10 update. Empying the community folder did not help.

What helped was to throw out all kinds of audio apps that apparently installed themselves during the Win10 update. In particular 2 Asus apps: Sonic Radar and Sonic something. I deleted them from my system. On top, I had to disable them in sound settings, where the loudspeakers and headphone still had an entry with “Sonic”. Since then, my system runs flawlessly again.
(Fingers x-ed)

and may be open the windows “services” page and disable “nahimic”.
( start type “disabled” )

Thanks, I will definitely try that!
How do I get to the Win Services?

How do I get to the Win Services?

you can click on windows “icon” , then type “services” ( I assume it works well in all languages, at least for german windows “services” and “Dienste” works ).

But you can find it within the windows menu too: 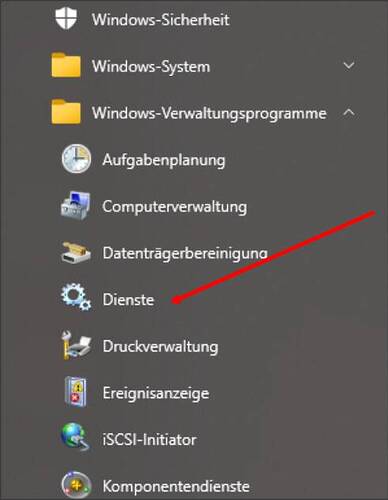 Found it!
I stopped the service and set start to „manual“.

Thanks a lot for the hint. Will report on outcome…