OK, What's wrong with spawning where you want and using the sim as you wish?

When I spawn, there are usually a number of options of where to spawn.

For example, Vnukovo has places to spawn at the gate, out on the ramp somewhere, (there are marked parking spaces on the ramp), or on the runway. I don’t remember seeing spawning points anywhere else.

As an aside, I remember seeing people saying to spawn at location “X” - that’s not an airport - for example 5 km away from the runway, and I have never been able to use the world view and spawn anywhere except a marked point on an airport.

Yes in part although I would argue that switching off MP somehow means one isnt flying ‘realistically’.
I think the OP made good points about this. Bottomline, it is a SIM. Use it as you see fit.

I don’t feel Multiplayer is ‘Realistic’, dozens or maybe hundreds of aircraft flying in all directions and altitudes like locusts. I live near an Air Force base, several small civilian and municipal airports. There are also three international airports nearby. My skies are clear except for the occasional USAF aircraft in circuit over the house. Of course the international traffic would be at cruise altitude by the time they’re in my zone.
I agree with you. It’s a game with no rules. I play it my way, you play it your way.

I agree with you and I did not write my post correctly. I was replying to a poster who wrote that switching off MP is somehow no longer flying realistically.
I thought I replied that I would argue WITH that statement, but I clearly mis wrote my reply. I quite agree with you that MP has little to do with flying realistically. To the contrary, as you correctly alluded to all it often means is lots of planes going or sitting all over the place. So I never use MP. Sorry if my post was misleading. I quite agree with you.

at helipads you can only spawn with engines running

This really is my pet hate.

There’s no reason why game should not allow you to spawn wherever you want […] at helipads you can only spawn with engines running.

For the time being maybe this helps:

For Helicopter Pilots - Create Your Personal Helipad MS Flight Simulator does offer a couple of helipads “out of the box”. But what if you wanted to spawn at your own helipad, anywhere in the world? And possibly even in “cold and dark”? In this tutorial we are going to define our own custom Rega helipad in Zurich airport (LSZH) and store it as user location in Sky Dolly respectively as imported location when importing from Little Navmap. The following simple steps will lead us to our goal: D… 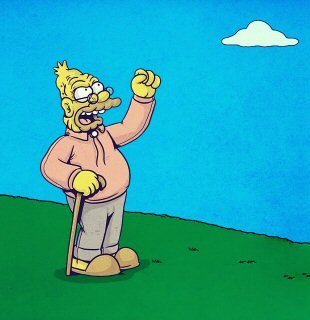 (Somebody had to say it…)