Option to show latitude and longitude coordinates outside of developer mode

So Little Nav Map is the only solutions anyone’s figured out up to this point? I don’t have a 2nd monitor - but may give it a try.

I’m kind of surprised no one has mentioned this yet, but Shift+Z Stats gives you the same options as Shift-Z in FSX. You can get it here: Shift+Z Stats. It works great on PC. I don’t know about XBox because I don’t have one.

Thank you, that’s really useful.
What I liked about Little NavMap, was that it plotted the location in FS2020 against a recognisable map with sufficient terrain and transport (road/rail) details such that you recognized where you were on the ground, while flying from the pilot’s seat or from the chaser.
So, flying from Cusco, Peru, to MacchuPichhu and back to Cusco, is possible by recognizing the roads and terrain leading to MacchuPicchu (eg via Google Maps) and planning the route over this terrain.
A second (used?) monitor really helps too.

Thanks to MikeB! I had curated all the posts and this thread and was going to start going through them all – BUT THANK YOU – Shift Z Stats is amazing and perfect. You saved me a ton of time. 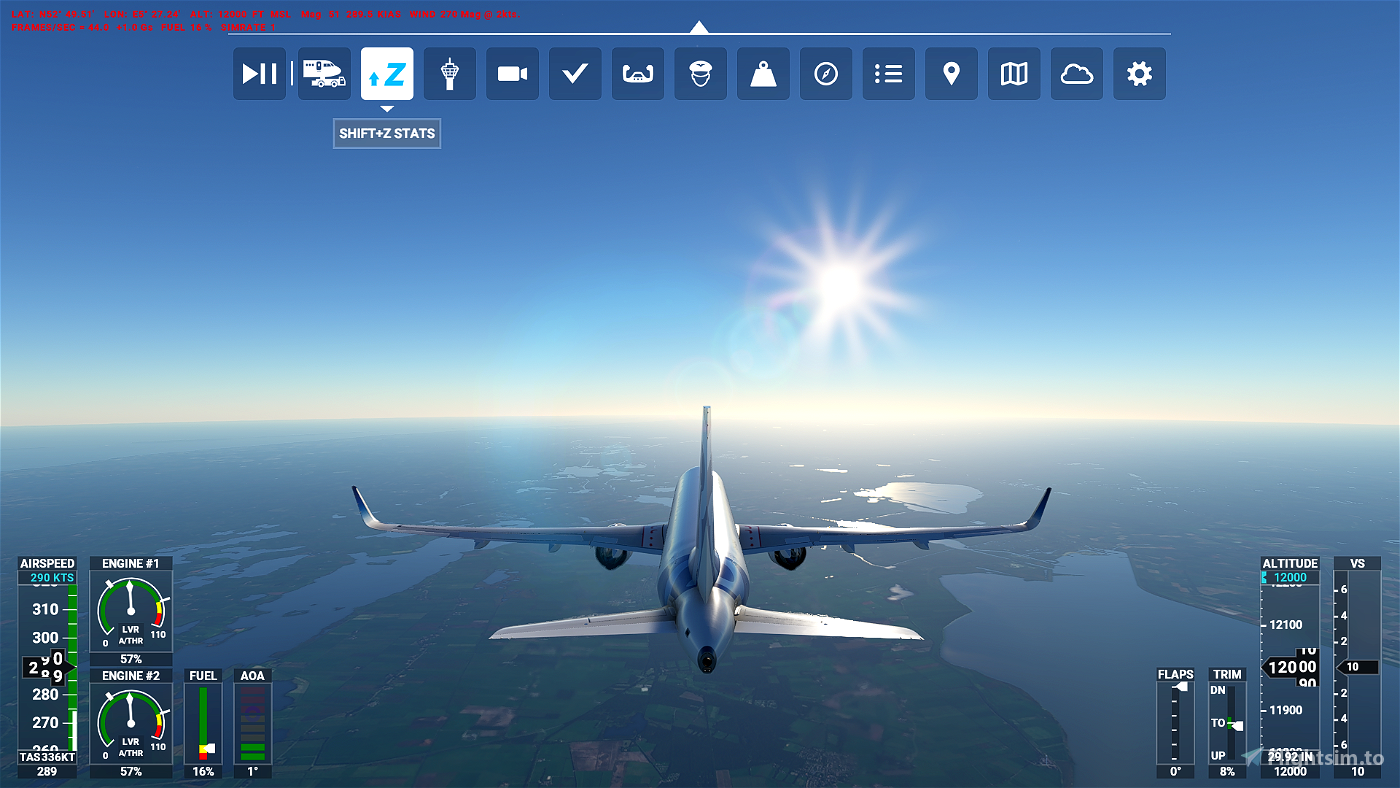 Captains, I dont know if you have been using them already, but I have made a bunch of new maps for LNM, which make some widely popular map and chart data accessible from LNM. I think youll find them useful too. To install the maps, download and unzip...

Just wanted to point out that the solutions suggested are for PC and do not work for xbox. I hope the developers can add coordinates or an improved VFR map so that we know we are when flying!

It seems like others have this issue, as well:

As we all know, it’s the little things that really make a sim shine and result in an enjoyable experience. Now, those of us on Xbox obviously have no ability to download mods. We can however, download from the Marketplace. In my MANY hours flying I’ve always wondered “Hmm, where am I exactly? Am I flying over Serbia or am I still over Bosnia?” or “Have I made it to Missouri yet or am I over Oklahoma?” (for example) so many times. This leads me to scanning the area for a city name, then having to…

I want to point out a partial solution for PC, using the G1000 NXi. In this case the plane is the Carenado Cessna T182T. All of these actions are done in the MFD.

I just figured this out. I haven’t decided how practical it will be.