Roads & Runways Should not be Covered in snow

Snow cover around the globe is nice, but it’s unrealistic that every roads and runways are white from snow, and it makes VFR flying + finding asphalt runways more difficult than it is IRL. (grass & gravel runways should stay white though)
Most of it would be cleared soon after snow stopped falling.

I took some pictures while doing a tour of Québec City in a Caravan, and here is what it should look 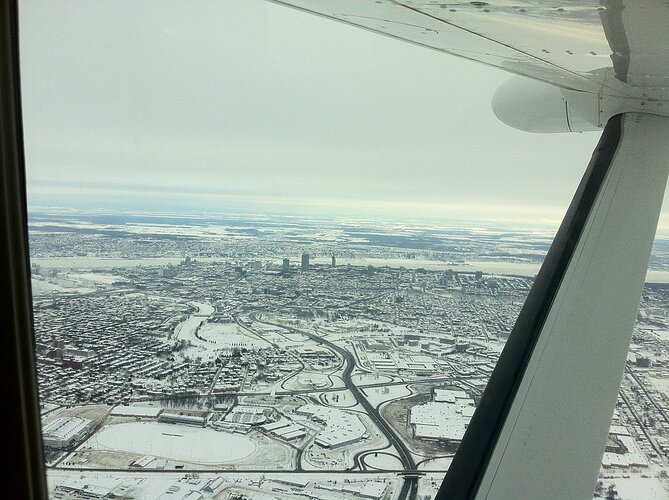 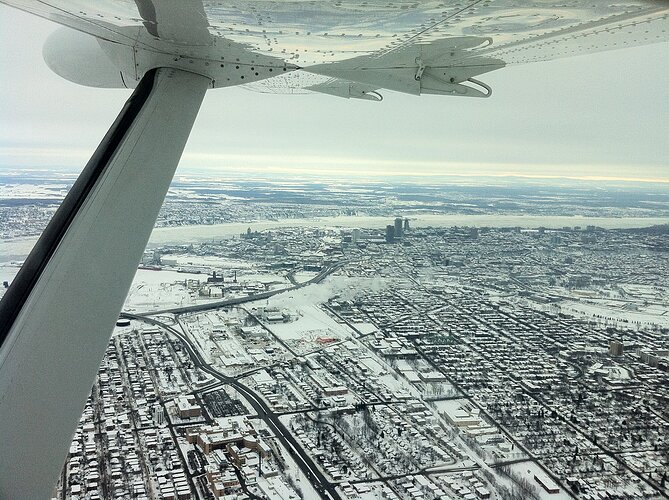 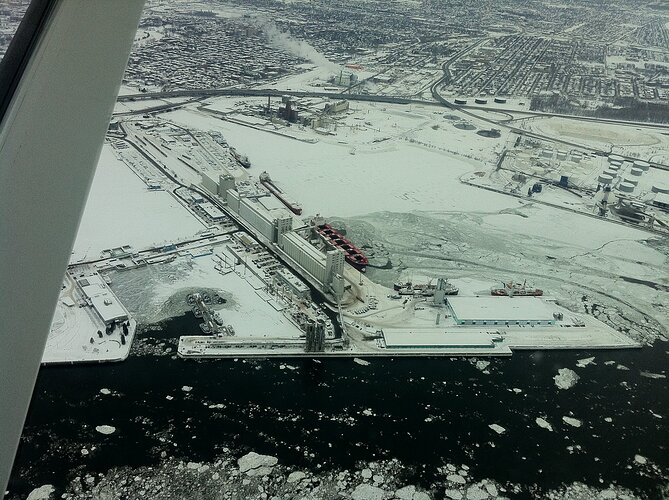 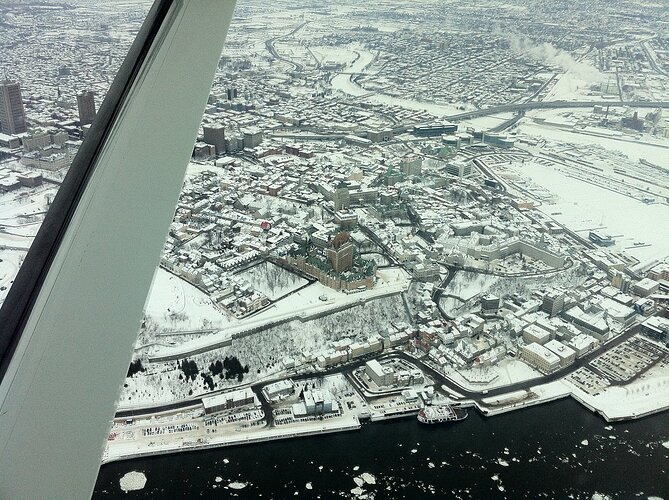 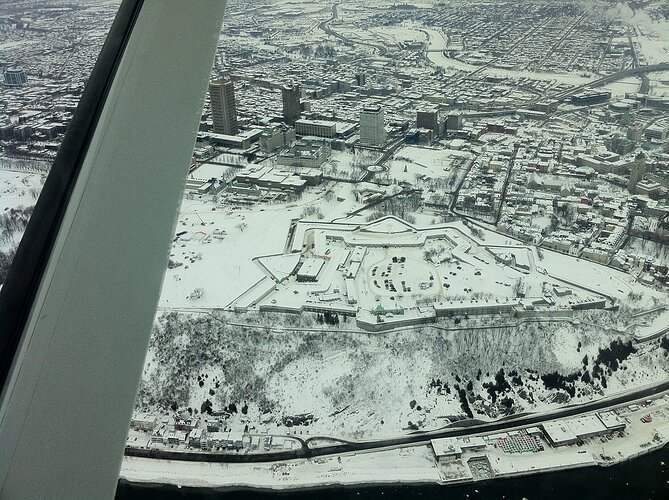 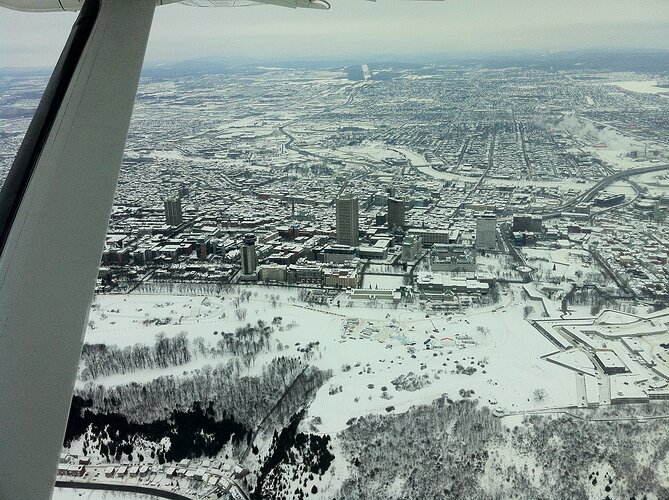 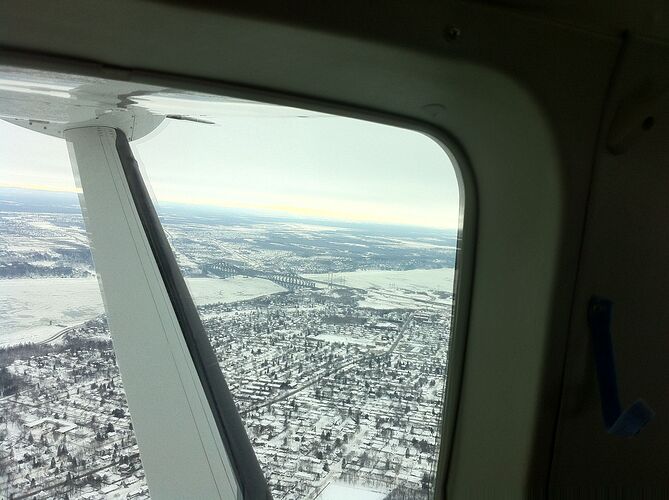 Maybe roads that are 50/50 covered would be best

How-To-Correct-a-Skid-on-Ice-and-Snow-in-the-Winter_b1075×400 121 KB
Roads and runways during winter
Snow Cover or No Snow Cover
Get rid of the snow on runways, taxiways, aprons and roads
Why is there no snow in Aspen? Edit: Just Landed today 6th February snowing beautifully!
WatchfulLand959 January 24, 2021, 3:03pm #2

Another point is the horizontal visibility irl.
There is some work left in MSFS.
Here you could see real LOD that is even similar to 200.

I recognized after more and more hardware calibrating (Sensor Spyder) my UHD that the LOD at 200 work really good. With calibration. Much more color space.

HZ dropped to 30 but with these custom settings it’s an outstanding flight experience and the LOD of 200 setting, seems to fit.

But without calibration at 8Bit with standard display settings the graphics are not even a notch close to real life.

For me the much work with hardware calibration get paid off.

In real life, in the winter, when it is snowy and we are not in the middle of a storm, most concrete roads and runways are not covered with snow. They put salt on the roads so that they turn black and the runways are often a mixture of black and white because they are cleared of snow with machinery; consider as well that the sun melts snow when the temperature rises near 0 degrees or more during winter.

It’s not realistic in FS2020 to see cars driving on white roads and taking off from a white runway.

very much location dependant for example northern finland where i live salt really doesn’t melt roads anymore because its so cold.
atm when flying where i live it looks quite natural, ofc some roads are too snowy but still very close to what its actually

What is with the snow covered runways though? This started with that snow update and now every runway in Canada seems to be covered in snow with no runway visible.

Especially runways of major airports being snow-covered. They should be plowed and de-iced. Not sure what Asobo were thinking that they covered them with untouched fluffy white snow. I can totally see a dirt runway being pristine like that, but not ORD.

I’m thinking that hardware calibration, custom icc, and LUT profiles are way beyond most MSFS users. I’m sure your graphics are amazing! I wonder where my Spyder is…

If you want to gain max out of visual performance it’s a game changer.
Also if you come from real GA it’s a perfect match from what you know from real flights in comparison to sim flights.

The most common failure from displays is the +20 - +30% over tuned blue chanel. Excluding Eizo or similar factory calibrated professional displays.

This result in blue and washed out colors that many are reporting. But this is not MSFS 2020 related.

Without calibration knowledge and hardware sensors there are ways to get rid of these problems.

If the blue problem is solved you could set the green chanel. Set the green to that value that gave most difference between greens. Good reference is an aerial picture taken in sim or a calibration picture.

A simple trick for the Gamma / Brightness in MSFS2020 is :
Switch to dark night (clear sky) and look if it is overexposed or to bright.

The sweet spot: Stars visible and the rest sky black.
If you switch now back to daylight you got the right brightness.

I recommend hardware display calibration tools. It’s not that expensive as before 10 Years.
There are Sensors from Data Color (SpyderX) or XRite that are around 150,-€.
They work also with 4K and are user-friendly.

What you gain after hardware calibration is only stunning wow…

There was a time where this sensors are only necessary for designers or video studios.

But now where games match more and more reality they are a game changer.

If you are 50cm away from the UHD and you could not see anymore if it’s real or sim you done the calibration right.

This could be solved with easy coding so I guess Asobo won’t be able to fix it.

All the buildings in Chicago were white (covered in snow) yesterday, LOL!

I have literally no idea what you are saying lol. The game clearly knows where runways, taxiways and roads are.

I have literally no idea what you are saying lol. The game clearly knows where runways, taxiways and roads are

I wanted to try the new airport in Svalbard but the Apron and runway are not visible because they are fully covered in snow. This will never happen IRL, the airport services will clear some of it so you can at least see some of the asphalt or yellow lines. Even long after the snow stopped the snow will still cover the runway.

Also some texures don’t have snow cover at all which looks strange. 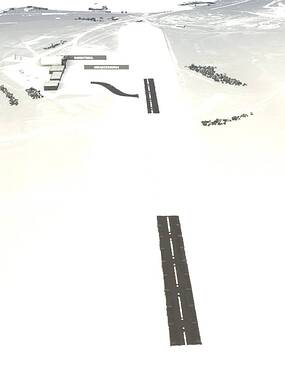 Closing this topic. There is an active wishlist on this here:
https://forums.flightsimulator.com/t/get-rid-of-the-snow-on-runways-taxiways-and-aprons/339131

If you voted in this topic, please recast in the link above.