I don’t know about that one as I haven’t got round to trying it yet. I did however try the originator of that threads version and it is absolutely brilliant. … Load your plane and boom popouts appear in the correct positions and with the correct size without you doing a thing. … Shame Asobo didn’t see the sense to include it out of the box.

That seems like a FAR more elegant solution than even FancyZones. I’ll keep an eye on that one.

And seeing how Asobo don’t even realize that popping out a window is a huge problem (performance wise), I don’t think they’ve really given this entire feature much thought as of yet. Hopefully now with Xbox out of the way and more focus being put back on PC the whole pop out thing can be addressed.

As you know I have been incorporating dynamically changing ambient lighting effects in my instruments and panels for a long time now. I like that others have realised the added immersion this brings. Interesting to see what aircraft you go with next.

It’s less what we’re doing and more about how we’re doing it. We’re not relying on a 4 state sim var for our ambient brightness. It’s dynamically calculated based on time, date, position and altitude, and the position of the sun in those situations. It has a resolution of 2500 steps (vs 3) and the adjustment of ambient light happens so gradually over time that you don’t even notice it’s dynamically changing, much like real life. It also takes into account that at ground level, the sun may be quite low, but as you gain altitude, it gets higher over the horizon.

The curve is still being tweaked a bit for the best visual result and we’ll likely see that control being updated again in the near future, but as it stands right now, it works great.

So you’re right, it’s not a groundbreaking immersion feature per se. It’s just an innovative method in which it’s done which also opens the door to something else that Rob has quietly cooking in the background…

If somebody developed this sort of external panel for the FBW 320NX (at least partially, only the MCDU would already be great) I would be the happiest man in the World…
xD

As Sling said, there’s already a few people independently working on A320 bits and pieces. There are at least 3 different people I’m aware of independently doing this atm.

Plus, none of us in our group fly that plane, so I don’t think we’re necessarily the best folks to work on it.

Wow. That’s awesome. I’ll be waiting for that one to make its way into AM with great anticipation. And thanks for letting me know so I don’t work on duplicating what you’re in the process of working on already. Any time frame for completion / release?

This work is fantastic, thank you for putting this together.

I’m new to AM and have recently bought version 4. I’ve searched everywhere to try and understand how I take a file from your Github repository and put it in AM.

For example I’ve downloaded the G1000 folder which contains the .siff file and another folder. Where do I put this in AM, does is go in a specific directory?

I apologise if this is a really stupid question but I’m completely stuck on how to load this into AM.

As Sling said, there’s already a few people independently working on A320 bits and pieces. There are at least 3 different people I’m aware of independently doing this atm.

Is there any (public) link to those developers, for me to follow it up?
Thanks for the info…

For example I’ve downloaded the G1000 folder which contains the .siff file and another folder. Where do I put this in AM, does is go in a specific directory?

Download the .SIFF file for the instrument you want. THat’s all you need. Then in AM, from the Air Manager menu at the top left, select IMPORT and go select the SIFF file. THat instrument will now be available to you in Air Manager.

Is there any (public) link to those developers, for me to follow it up?
Thanks for the info…

People have posted about it with previews / betas, intent to build, etc over on the Sim Innovations forum.

One in particular is Yves Levesque, who’s done other great instruments in the past. If I remember correctly, he’s converting an existing XP set of A320 instruments for the FBW A320NX and is estimating a November time frame for completion.

I wish that I could, unfortunately I have no clue how to code. Only 52 so maybe this old dog can learn a new trick…

…but seriously, I envy you software guys…that is truly where the magic happens…

Give it a try. Look at simple instruments that already exist. I didn’t know jack about making instruments in AM a couple of months ago. Granted, I’m a programmer, so it’s a bit easier. But it’s still fairly simple.

People have posted about it with previews / betas, intent to build, etc over on the Sim Innovations forum.

One in particular is Yves Levesque, who’s done other great instruments in the past. If I remember correctly, he’s converting an existing XP set of A320 instruments for the FBW A320NX and is estimating a November time frame for completion

Brilliant, thanks so much, I will bookmark and follow that forum. I am not sure if it is allowed to paste the link here, but here is what you described:
https://www.forums.siminnovations.com/viewtopic.php?f=26&t=5341&p=40933&hilit=FBW#p40932

Excellent!!! Looking forward to this…

We’re not relying on a 4 state sim var for our ambient brightness.

I don’t use that either so no steps here. I also use a calculation for my MSFS lighting. It’s not as complicated as your home automation based solution but works well.

It’s never too late to learn. I produced a whole 29 part tutorial series to help beginners get into this which I’ve linked below. Sure you will get stuck and make some mistakes along the way but it’s fun and so satisfying when you have something working. Just ask any of the users who started from zero and are now making stuff.

Wow…after my earlier post, I went on YouTube and started watching your tutorials not realizing it was you…

… definitely going to give it a go…thank you

Great. If you get stuck at all the best place to ask questions etc is over on the Sim Innovations forum.

This looks amazing, really! Before I purchase AM, does the CJ4 instruments work on an android or is it only pc?

Use Spcedesk on your android… Its free and makes a android or ipad an external monitor. Then you can drag any pc app to it…

PC only. But as @N953RC9903 said, you can use Spacedesk to make your Android a wireless touch monitors for you PC. You can see in my setup here, I have an iPad to the left of my 15" touch screens, and an Android as my centre console. 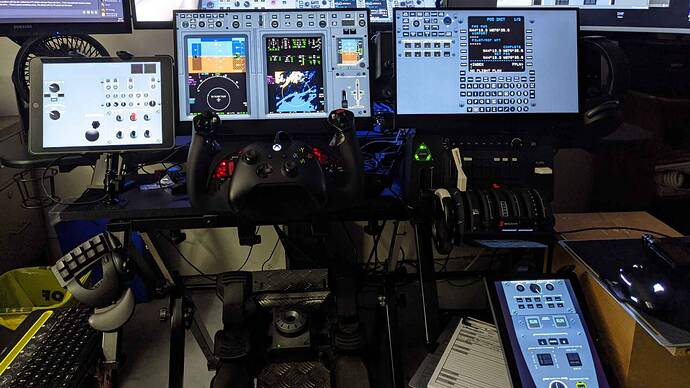 Not sure if you have come across this video. If not thought you might appreciate it. Cockpit looks great by the way👍 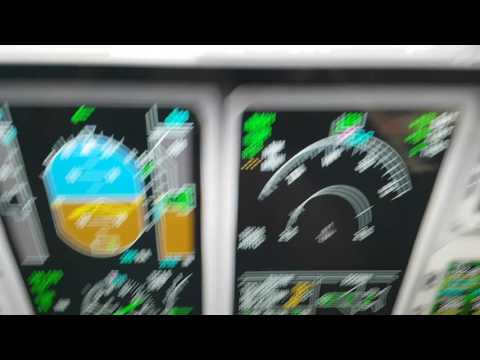 Any ‘instruments that do not require a sim pop out will work with the AM Android App if the instrument is in the store. For the ones that need popouts you need AM desktop (PC/Mac/Linux).

Thank you for your help. I now have the G1000, but when connected to FS2020 the screen in AM is white. Do I need to to active something on the FS2020 side to be able to see PFD?

Are you running the AM G1000 bezel in the create/edit tab or have you added it to a panel. It needs to be the later.

This tutorial is using xplane but the process is exactly the same. 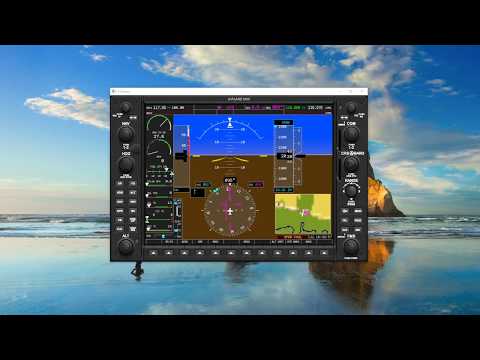