Snow depth - are you simulating it?

I’m curious to know for those who are flying through the likes of Canada, Greenland, Iceland etc currently, if you are using Live Weather (which doesn’t simulate snow depth unless it’s actually snowing…), or if you are manually setting it yourself?

I’ve been using the Live METAR mod and although it allows you to manually set snow depth, I’m not sure I particularly like how it looks it in its current state. Thick, snowy roads with pristine woodlands doesn’t quite do it for me.

What are your thoughts? Better on or off? 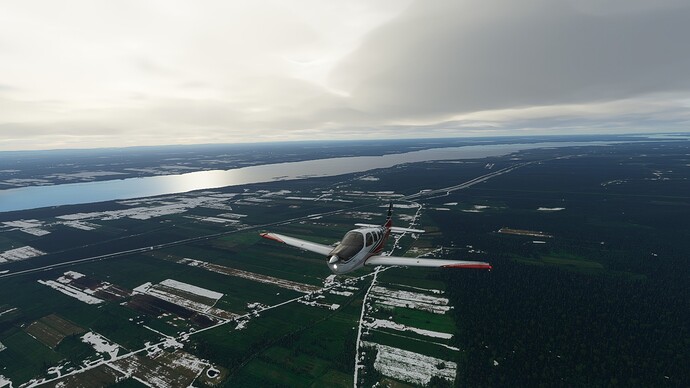 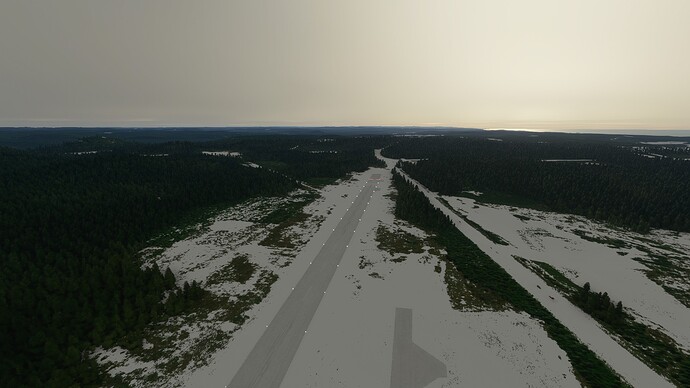 Yeah that’s an immersion breaker for me.

I’ll just go full snowbird until we get seasons implemented, will stick to the sun belt during winter. It’s a shame though.

I’ll just go full snowbird until we get seasons implemented,

Yup. I’ll be flying out of KOPF and KSAN mostly until spring, methinks.

Just finished my flight in my 152 to Florida from Wisconsin for the winter, problem solved lol. Hopefully they will figure out a solution in the coming years to implement seasons.

I can deal with the lack of snow on the ground. It’s getting rain (when it should be snow) that instantly freezes up your plane on the ground because it’s -10ºC or colder that bugs me. It makes flying in the “snow” pretty much impossible unless you have full anti-ice capabilities on your plane. Particularly windshield de-ice since you can’t see ■■■■ with even the slightest icing.

I fail to see how people can waffle on about an ‘immersion’ factor. If it’s cold, wet, windy outside do you have the same environment at your desk? No, so surely that should destroy any ‘immersion’ factor that seeing six foot of snow, snow ploughs and snow drifts would bring.

Let’s get the game running properly with the annoying bugs that raise their heads after updates before we start looking seriously for improved eye candy.

If it’s cold, wet, windy outside do you have the same environment at your desk? No, so surely that should destroy any ‘immersion’ factor that seeing six foot of snow, snow ploughs and snow drifts would bring.

If you don’t care about visuals go play the legacy sims.

It doesn’t matter that my desk isn’t -15c and covered in snow because, well, unless you’re flying the pits in that weather… you wouldn’t have those outside conditions in the cockpit either. The immersion factor gets broken when I come home after a long day of driving along beside white fields, leafless trees, and snowbanks along the sides of the road. I boot up MSFS and fly over the same region I was just driving home in to see bright green trees and not a single flake of snow. The icing effects are a nice touch, but they create a big disconnect after defrosting my windshield. It feels like I just time traveled from December to a warm day in August after looking outside.

The thing that gets me is, snowy terrain is literally ALREADY a thing. Its right there in a weather preset and everything. They should have at least put in a placeholder system for now that automatically raises the snow depth value based on the temperature at ground level and maybe the players current longitude. (To avoid snow in southern regions that just happen to be experiencing a cold front). I don’t think I’m alone when I say I would much rather it be always snowy during the winter months (In the appropriate regions) than always green and lush. I’d be happy with that basic system until they get real seasons implemented properly. At least the snow makes it LOOK cold. Yeah, the OAT might read -8 right now, but the terrain looks like I could throw on my trunks and go for a swim.

Seasons will be implemented at some point. I’d rather they do it right than do it quickly. I think the greater priority is just getting weather working correctly and reliably before throwing seasons into the mix.

I fail to see how people can waffle on about an ‘immersion’ factor. If it’s cold, wet, windy outside do you have the same environment at your desk? No, so surely that should destroy any ‘immersion’ factor that seeing six foot of snow, snow ploughs and snow drifts would bring.

Let’s get the game running properly with the annoying bugs that raise their heads after updates before we start looking seriously for improved eye candy.

While I agree that this is far from a top priority, it does jump out at your face when you see roads are covered in snow while the fields, parking lots, gardens and forests are free of snow. It should be the reverse - the roads are the first things cleared, either intentionally or simply by the heat generated by passing cars. It’s like having rain indoors but not outdoors. It makes no sense.

Sounds like real life problems to me.
Flying in the snow in aircraft intended for daylight VFR is OK in a sim because hospital and aircraft repairs are free.

Ofcourse, the trees still have leaves , there is nothing that can be done about that since Asobo would need winter/fall foilage models, but snow is there.

Agreed. Its like they’ve used the same formula for street lights and applied that to snow coverage!

On the subject of whether this is a top priority or not, Asobo have had (for example) the capacity to change the water textures half a dozen times already - regardless of it being a community-raised issue. It’s become pretty obvious that visuals ARE considered high priority (its what differentiates this sim to everything that came before it afterall).

Everything will come in time, seasons and snow and accurate weather will all be in there! I’m good playing what I have with monthly updates here on out. it’s exciting, constantly looking forward to things while having a quality product I can use.

Flying in the snow in aircraft intended for daylight VFR is OK in a sim because hospital and aircraft repairs are free.

We fly in the snow 8 months of the year. Not sure how snow affects VFR? Most winter days have far better VFR conditions than we have in summer. Not to mention the enhanced performance from much lower density altitude. It is a rare day that you will encounter icing conditions except when you arrive at the ramp to find your cold soaked, frost covered airplane buried under last nights 40cm of snow.
Just because there is snow on the ground, it’s dark between 4pm and 10am and it’s -25c doesn’t mean everything other than the airlines are grounded.

I start with live weather to see what the current conditions are. Then I switch to the snow preset. Max out the snow accumulation and adjust the cloud cover and precipitation to match live weather as best I can. It’s good enough.

Found a thread with voting regarding snow problems:

Get rid of the snow on runways, taxiways and aprons Wishlist

Not sure where this guy lives but I remember a handful of years in the past 6 decades when our highways and roads were not covered in compact snow and ice for most of the winter. Only the major airports in the area have the necessary equipment to keep the runways clear. Drifting snow across the runways and tarmac are a problem for at least 6 months of the year.

Likely the most difficult thing about handling seasonal effects is that every region is different. Proximity to coastlines or mountains or both. Latitude and elevation. Only by modelling based on actual reporting and observation can accurately produce “realistic” effects.

Please… DO NOT generalize the planet based on what you are familiar with outside your window.