I already write about the popping problem, but now I going to upload to videos, one of them is from 13 days ago, the other one is from today, in this lapse of time, Microsoft Flight Simulator started to render so bad that is imposible to play for me.

This is the first video, in The Alps, without renders problems, no popping, this is from 13 days ago: 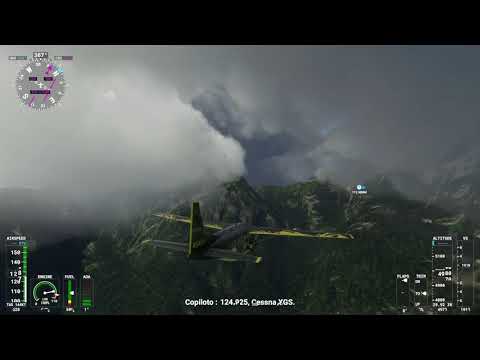 This is the second one, also in The Alps, with a lot of renders problems and popping: 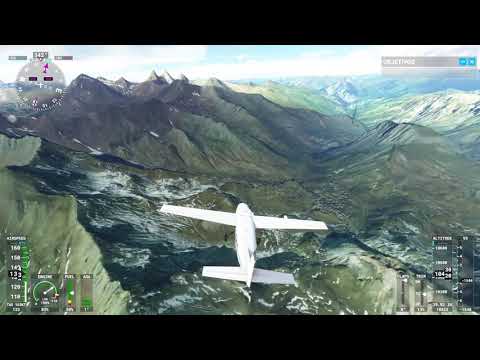 I guess, something happend between this days, and update in the game, in the cloud services that help to render in the online mode… something, but please, we need to go back, Flight Simulator is a great game, but with this the experience is worse than hit a father.

I’m pretty sure Asobo will fix this because is not a great problem, is just a rollback, I hope with the next World Update maybe…

This problem isn’t exclusive to the Xbox. It’s been happening on PC since SU5 too. They seem to have fixed the autogen “popping” with the hotfix, but slow terrain rendering is still present. Topic voted.

I dont know if is since SU5 (probably), but Asobo should wait until SU6 to upload and fix the problem, they should solve ASAP.

Is not fun to play with this.

This may be an issue inherent in streaming all scenery. Bing maps data, photogrammetry etc is all being streamed, if there is server congestion or similar it seems reasonable to assume that data might not show up on time.

This looks like scenery morphing, and it has been present in simming since the 90’s. In fact, it got steadily worse in MSFS after update 4 I believe it was.

But is not present in the first video.

I post both videos to show that this is totally new, there was popping 13 days ago? yes, but not so much like now.

That terrain popping in happens in a lot of places on the Series S as well.
Had this a lot in the Norway Alesund region the other day.

Sometimes or some places it doesn’t.

The popping was always there, just hidden among the clouds in the first video.

Happens on PC too, Asobo has not yet acknowledged it.

Since the Word Updates?

No, I dont have any of them installed.

Happens on PC too, Asobo has not yet acknowledged it.

What? Of course they have. They have even outlined a fix (at least on PC) that they’ve talked about since before the hotfix was released.

[image] Screenshot by MrGoose5897 In order to ensure that World Update 6 reaches a very high level of quality, we have decided to move back the release date to September 7th. We are very excited about this update as it features many enhancements to the region, including new aerials and elevation maps, new photogrammetry cities, 4 hand-crafted airports , nearly 100 POIs and new discovery flights, landing challenges, and bush trips. It’s a ton of content and we want to make sure that it will be…

-“Offscreen terrain pre caching” graphics settings has been added (Low, Medium, High and Ultra). If set to Ultra, all the offscreen terrain will be cached at full quality which will reduce FPS drops and LOD popping when panning the camera but may impact overall performance
-Maximum photogrammetry draw distance has been further increased. As a result, photogrammetry of downtown building areas will be visible from farther away

That’s a different kind of popping caused by culling terrain outside the FOV since SU5. I don’t think it will fix the morphing terrain. Would be great if it did.

Sim Update 5 brought some huge CPU performance and RAM consumption benefits by culling the scenery not visible in the player’s current view. However, it means that panning the camera quickly or switching views can cause frame drops or stutters, and some obvious terrain morphing and object/photogrammetry pop-in. To many this is an acceptable compromise for better performance, but for some people this is too much of a trade-off, especially for those with high-end computers that are not interested…

This is the typical terrain morphing that’s been going on for almost a year now, and it happens on all platforms. There can be only one topic per bug report so as to not split votes, so please make sure to participate in the existing thread instead.

No, I dont have any of them installed.

The title does not refer to the World Updates themselves, but rather the patches that released them. With the USA World Update (patch 1.11.6.0) the LOD rings were tweaked (which means they are too close to each other, making the morphing more noticeable especially at closer distances), and the shape retention regressed (particularly the sawtooth pattern). As it is evident in the videos you posted, these issues are occurring even without the World Updates installed.

What? Of course they have.

As noted above, this refers to the scenery culling and the pop-in that happens only when panning the camera. The usual terrain morphing has not been properly acknowledged by the team. They were asked about it in the May Q&A, where they said they’re investigating it and that it’s probably caused by data streaming and anti-aliasing, which is quite incorrect.

Someone can tell what means “LOD”?

It’s Level of Detail. The quality of the scenery and objects is reduced at a distance to improve performance at a nearly invisible loss in quality. However, it’s not doing a great job if the transition between the different levels of detail is so obvious, so this is something that has to be worked on.