India would be great for a world update. Being from the US I would rather see other parts of the world get better treatment. I’d throw in Nepal and the Himalayan mountain region also. Would be great to fly around and check out since I most likely would never get to travel to that part of the world in real life

I’m a kiwi but when I was 19 2006 I went to the Himalayan north India and if there is one thing I recommend… depart Leh airport and fly along one of those valleys and head to Pangong Tso lake. border of India and China and the scenery is fantastic in this!!! you can see land slips and eveything and google Pangong tso for an idea on what you would see along with the monastery at Leh but yeah MSFS does a good job but totally agree… I love Asia and would love to see more in that continent with India at the top with some decent VFR points of interest in buildings etc

Excited to see there is a forum for India scenery! I have been a sim enthusiast for years and have always wanted to fly around our beautiful country.

There is so much talent in our country especially around 3d modelling /programming etc and I sincerely hope many one of them become enthusiasts like us and add to the India scenery community.

There some very easy to follow lessons on the SDK developer mode and for starters we can contribute with small steps.

For eg: Putting palm trees (closer to coconut trees) than the default trees that show up in Kerala and Goa is a personal mission

Its time consuming but not difficult and if a few more on this forum can come together maybe we can start micro projects around these?

I was also looking for websites where we can download free 3d models of prominent landmarks like India Gate, Gateway of India and put them on the sim.

I will try and work on a few of these myself and share them here for feedback. If this works then a lot of us can contribute to smaller aspects of the India scenery while the more experienced members can continue to build the awesome Indian airports that have been shared recently!

I am working on the new Navi Mumbai airport, and need some support in regards to Blender.
E.g. the airport terminal buidling looks very specific, but is possibly not too difficult to create in LOD (level of detail) 0 and 1. Also I am looking for a small Hindu temple etc. I am happy to collaborate with you on such 3D items. Please let me know.

PS: for Hindu temples, possibly we can get it via Google Photogrammetrie for USA and UK, as there are lots of Hindu and Sikh temples on USA and UK located. Unfortunately we cannot use this method for India and other South Asian countries, as there is no Photogrammettry data in Google for it … 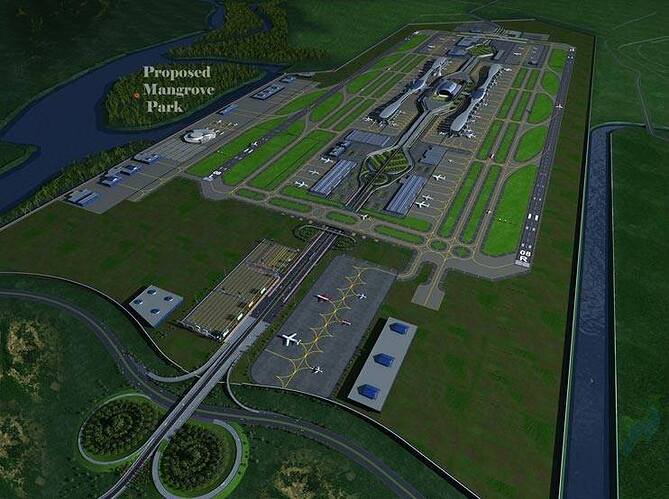 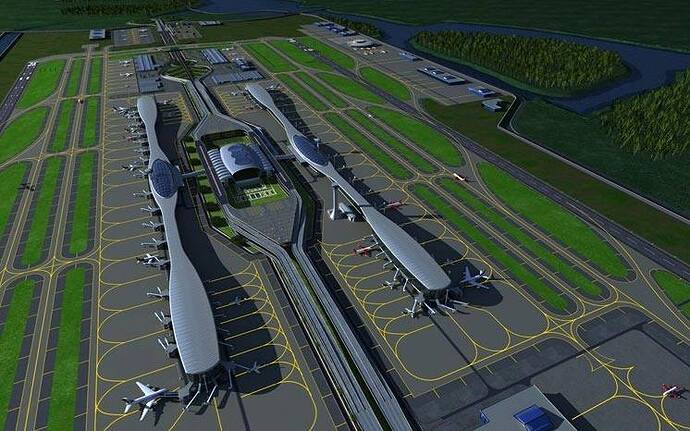 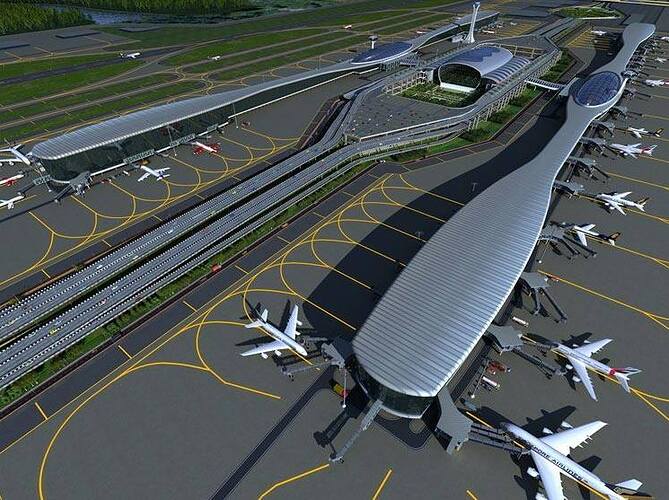 For eg: Putting palm trees (closer to coconut trees) than the default trees that show up in Kerala and Goa is a personal mission

This has already been done - and to great effect.

Announcing “4 Season Pack” [Seasons for Microsoft Flight Simulator 2020 - By Bijan - Version 4.2] For support, bug report contact me via email: bijanstudiola@gmail.com New Version 4 features: For previous update logs and more pictures and information visit the product page on simmarket. What does “4 season pack” include? Over 55 new ecosystems and expanding, featuring over 45 trees, shrubs and bushes which are placed in the world based on native vegetation. Four seasons. (ne…

I use the addon myself. It does coconut palms - and very well. I spend all my time in MSFS 2020 either in SE Asia or Asia (including India).

This pic is from a recent virtual trip around coastal Thailand in MSFS 2020 using the above addon - you can see the lush coconut palms everywhere. 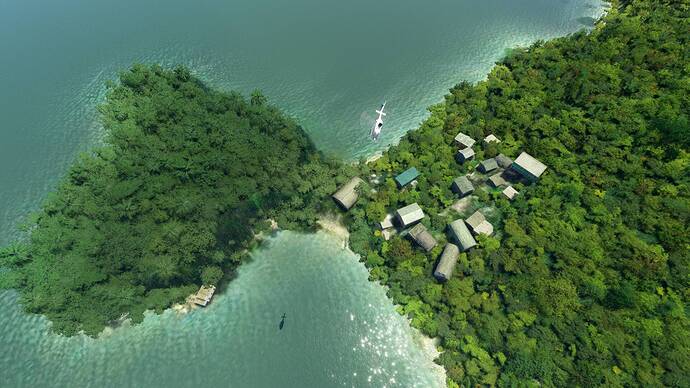 Wow, great thanks for sharing. Will explore.

Sure. Still early days of me trying this so I will experiment and test a few of the SDK’s myself and then revert. Cheers

I just have seen that ORBX has Mumbai on its 2021 roadmap for great Landmarks City Packs - with some photos - Shaabaash!

Hi everyone, We realise we have not announced any product roadmap for a while, mostly due to putting efforts on planning around the release of Microsoft Flight Simulator and understanding what was possible. After a few months, and a few more... 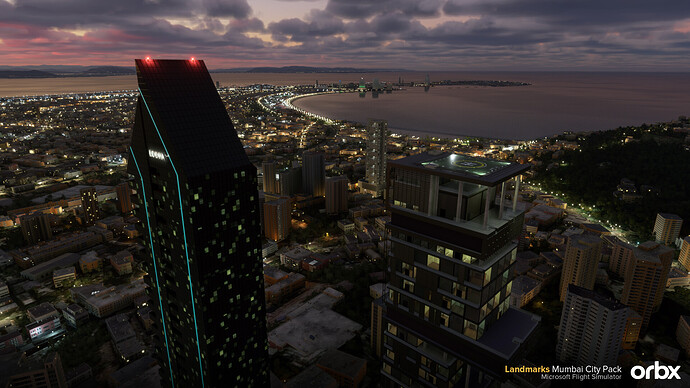 Great news, happy that a high profile dev is giving India some love!

I get excited about some of the more “exotic” places on our planet. India is definitely one of them. I have been all over the globe in real life, but India has eluded me so far. One day I will make my way there!

I hope that ORBX will take care for the most famous landmarks in Mumbai like Gateway of India & the Taj hotel, Bandra Worli Sealink bridge, CS terminus, Film City, Rajabai Tower, Azad Maidan and Hight Court area, and also temples, mosques and churches, railway stations, and not to forget also the tiny huts in Dharavi and around the both airports in Mumbai. And also Elephanta Caves. Shaabaash!

I am guessing you are pretty familiar with Mumbai. Ha!

What I would love is a South Asia update, just covering India, Southeast Asia ect. Airports could include Mumbai, Bangkok ect.

With you all the way. India remains a place I’d love to visit in real life - and especially Sri Lanka. That beautiful island nation is definitely on my bucket list!

India is a terribly good idea.

We are kinda of fed up with the ‘already perfect’ west.

I can imagine how amazing the flawed unfathomably big colorful Indian cities would look in PG, which still stay only a dream at the moment, unfortunately.

The dev team should focus on the more exotic places. India might still be just a dream but they could start with Latin America, at least. I’d never say no to Rio, São Paulo, Buenos Aires, and Santiago de Chile in PG.

One more note, PG the latest WUs bring us are so limited that they just cover the downtown areas when in fact data is already available there to include the whole metropolitan areas of, say, Tokyo, London, Paris… ie Google.

I am still waiting post corona times, when travel to India is possible …

Having recently flown down into the Grand Canyon, it’s far from perfect. However miles better than the completely absent terrain at Zhangjiajie Grand Canyon in China.

However I’m scratching my head as well to the nearly 60 PG areas in California alone, most just satellite towns and suburbs,

The problem is, it’s Bing PG data, apparently quite a bit behind Google. The PG data in NA is also from 2014 at the latest, having found a couple construction sites (which were completed by 2016) and missing buildings, not even signs of construction where construction started late 2014. So yep, Google might have the data (all those places are finished and up to date on Google), MS doesn’t have it.

I also don’t really see the point of adding landmarks in places where the terrain is so bad they look pretty ridiculous the way they stand out. Same for (the few) landmarks in India as the Hoover Dam in the west. Better aerial imagery and height mesh should be the focus first. Of course capturing PG data and aerial footage goes hand in hand.

We need an army of automated drones to gather all the data!

MS no longer invests on updating Bing Maps. They directly update MSFS map servers with newer imagery and some limited PG data at each world update.

The outcome, however, would be way better if MS kept regularly updating Bing data and let it flow into MSFS automatically, which, in turn, would result in world updates not being needed any more.

It’s an institutional decision and we have got nothing to do to change it.

Maybe we should wait for XP or P3D to start a smashing business with Google.