A Call to all

Sadly a bit too late for me. Not just because of MSFS though, but I left all Facebook groups yesterday and signed out of forums. The only reason I came back was to read a message after receiving an e-mail alert.
Only to delete my messages though because I cannot actually be bothered to wade against the tide of the ‘I know better’ brigade. Or for that matter try and help someone for very little acknowledgement let alone thanks for the attempted assistance.

Let’s just see the next barrage of complaints about the next patch because it did not fix everything or another issue comes to light. Very little gratitude for the hard work that goes into a patch to fix (or attempt to) really within a few weeks of them being highlighted.

Appreciate the sentiment of the original post here though.

That’s along the lines of my thinking too. It’s only been out a short time. They will get a handle on things. The more I can keep things vanilla the better off I’ll be for a variety of reasons (just my opinion though).

Compared to the other flight sims I’ve run, weather and real time traffic were the two “biggies“ for me that were severely lacking. If FS 2020 can pull this in one package, for myself, that will be a HUGE plus.

The exceptions I’ll make for this sim is additional aircraft and scenery/airports that are an add-on or enhancement packs perhaps. For example, only using a cloud package from REX to further enhance cloud types and/or formation types not found in the sim. But once the weather generator we have gets dialed I’ll keep what I’ve got, thank you anyways.

Did you try some of the really nice mods people have made for the default planes? It’s almost like having whole new planes!

I was surprised to find there is no single topic dedicated to locating all of the current community improvement mods to the default MSFS aircraft so decided it would help me (and hopefully others) to locate all of the available community improvements mods and compile them in one thread. If you have any to add please comment below as I very well may have missed some of them! Airbus A320: Boeing 747: Boeing 787: Bonanza G36: Cessna 152: Cessna 172: Cessna 182T: Cessna C208: …

If even half the bugs worked as they were advertised or expected the forums would be a happier place. Asobo brought this on themselves releasing a beta game advertised as a finished sim.

Perhaps a bit of perspective is in order, too. People are getting all stressed over a computer program? C’mon… get a life!

If it’s that significant in your life, maybe a assessment of your priorities would do you some good. I know I need to do that occasionally!

I really love A32NX from FlyByWire! This is very ambitious and very real project, so far these guys improved so much compared to default plane.

And one surprise here

- they just HARD WORK instead of COMPLAINING all the time. Because they know that only “what is shown” really counts! And I think that they might have some good reasons to complain (for example they needed to backmerge the changes ASOBO made with the Patch #2, what was really big workload).

They really have my respect for their work and ability to overcome these complications.

And btw. without ASOBOs and their - let’s say - progressive and open architecture nothing from this will be really achievable in such short time. They decided to have most of the behavior and cockpit systems exposed to be “simply” modified and extended using most common tools nowadays - HTML/CSS and JavaScript. That’s IMO great architectural decision. So they also deserved some respoct for that.

Moreover, I believe and I’m almost sure respectively that they INTENTIONALLY left some space for modders. One more benefit - modders are also able to hotfix some of bugs, which they already did form at least A320 and C152 (as I tested).

Let’s just see the next barrage of complaints about the next patch because it did not fix everything or another issue comes to light. Very little gratitude for the hard work that goes into a patch to fix (or attempt to) really within a few weeks of them being highlighted.

Yes, expecting that by this time tomorrow

It’s a good thing there isn’t a cap on number of muted threads we can have.

Same with the Working Title gang, they are slowly but surely taking the CJ4 to the next level: 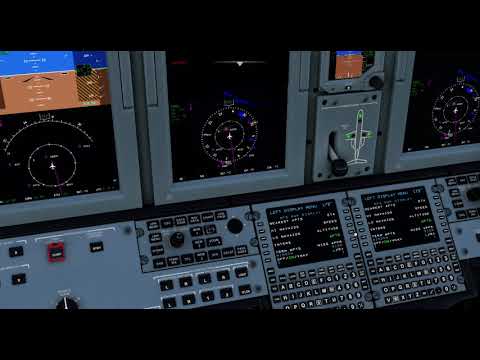 Well this was a nice thread whilst it lasted. I’m not going to feed this though.

Working title also made a g1000 mod afaik. Haven’t tested it but I’m sure it’s great.

Sorry I didn’t mention them - they deserve the same amount of respect.

Here is my 2 cents. First, I come from a time where online interaction required one to disclose their true name and identity. Even though that is not the norm, and goes against privacy concerns, etc. I still do it. That being the case, anyone – including my employer or any future employer – could seek out my posts to gauge what kind of person I am. Because of that, and my own personal values which drive me to be respectful at all times – even when disagreeing – I live by the rule that one should treat others as they would want to be treated themselves.

I wish more people were like that. And by the way, there is nothing stopping anyone from adopting that way of thinking and moving forward that way.

Yes, there are noobs here. MSFS2020 is selling like hotcakes – when hotcakes were just invented. Simmers of all types are here, including those that just want to get in an airplane and do whatever they want, whenever they want – but don’t understand that as soon as enable “multiplayer” and engage ATC, if you do whatever you want whenever, there is a good chance your play is going to decrease the experience for others. Reasonable people that don’t know that will see that and say to themselves “I didn’t know that, and now that I do, I’m not going to be one of those folks”.

There are noobs that don’t know how to fly an A320 and think it should work they way they imagine it should – not based off of IRL poh, fcm, or what is modeled in other serious sims.

But each and every one of us was once there too, weren’t we? We were ignorant about flight simulation, flight physics, procedures, and even how to behave in a multiplayer scenario.

When we were there, and we misunderstood how something works, and brought it up in forums, were we beaten over the head for being ignorant? Probably not.

Then there is the issue of play styles. Everyone’s play style is valid, and we should all respect each others. I am very happy that VFR flight is so awesome, scenery is great (though I am not sure photgrammetry quite works as it should) and that people who fly VFR in general aviation aircraft are having a great time. I really am.

I just wish they understood how my experience is not that great because my play style is basically half done and put on a back burner. That would be IFR in airliners, for those that wanted to know.

Microsoft and Asobo are big companies, with a lot of great people, and very capable of working on more than one thing at a time. Really.

So the things I voice that I wish would be fixed, that doesn’t necessarily mean nothing else can be fixed.

So really, the 3rd main point is about mutual respect for play styles, and everyone wants the same thing – to have a great experience that satisfies our needs.

It’s real nice, and they’re getting ready for another update to make it nicer. Plus working with other mod makers to make sure things work together nicely.

When I wondered about how software development works (and doesn’t work) and why it almost always is late and with bugs, he had me read The Mythical Man-Month by Fred Brooks. The main theme of it is that “adding manpower to a late software project makes it later”. My dad said it has always been true in his experience, and even says that adding more people to an on-time software project will make it late.

The Mythical Man-Month: Essays on Software Engineering is a book on software engineering and project management by Fred Brooks first published in 1975, with subsequent editions in 1982 and 1995. Its central theme is that "adding manpower to a late software project makes it later". This idea is known as Brooks' law, and is presented along with the second-system effect and advocacy of prototyping. Brooks' observations are based on his experiences at IBM while managing the development of OS/360. He...