Hi All,
Today I’ve encountered an issue with a Boeing 787-10 Dreamliner: during a flight it was not possible anymore to use the autothrottle A/T IAS.
I’ve also tried to completely disengage it with same results. 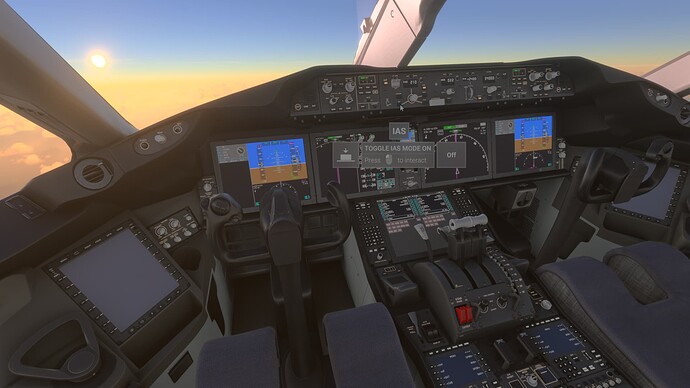 The issue is with my Xbox Series X.

Seen the same thing in PC version, where the auto throttle just blinks, but will not engage. Other times it works fine… Seems to happen if you do multiple flights and program the computer to next destination for me.

Have you found a fix to this? I’ve spent most my time on the 748 so far and am frustrated with the amount of bugs on this thing… thought I’d try the 787 and now can’t get the AT to engage. Thought I was overlooking something but it’s just another bug then? How is this possible.

Have you tried to turn the A/T Arm switches above off and then on again? Then engage autothrottle again. Works here so far.

Yeah, thanks - tried that multiple times and toggled various other modes but nothing worked. Ended up restarting and the problem just disappeared. Bizarre. Now I tried to see if I could get the problem to surface again but everything seems ok.

I’ve just resolved this bug by disconnecting engine generators, making sure APU is off and powercycling the battery. The everything turns off for a moment but the engines keep running, so just turn on the generators and battery again and try the AT again.

Moved to #self-service:aircraft-systems for self-help.

Hello, thank you for your feedback.
Can you please explain me more in details all the steps done to resolve the bug?
Thanks in advance.

Hi,
Make sure you put on the flight director switch before take off and it should work. I can see it’s turned off in your screenshot.

Solution: while having AP on, just push the yoke down a little while enabling A/T at the same time.

Why? Who cares? XD

Yes, that’s the solution. Thanks