Marketplace is only good for buying scenery that’s on sale, wouldn’t buy aircraft or full price items from there.

That’s right, don’t ever buy anything until you see it used on youtube by the top reviewers.

Do a proper research before you buy anything on marketplace!

Surely it shouldn’t be down to the consumer to find forums, or other internet spaces dedicated to flight simulation to find out the aircraft they have purchased through the official in game store, is only good for taking screenshots?’

How is that different for literally any other product? I always do some research before I buy stuff.

I fully agree the marketplace in itself does need quite some improvements on user reviews, refund possibilities, etc.

I feel this is different because this isn’t a third party website but an official store within a game, a game developed by Microsoft. That is going to come with some basic expectation.

The Marketplace is how Microsoft is surely planning to drive continued revenue for the game. However if a consumer buys a product, finds it doesn’t have a basic level of functionality and that there isn’t a comprehensive way to address their problem or even a clear warning on what they are getting, I personally don’t think they will do so again.

Of course they don’t have do anything but at least some people feel they should and they will lose at least some revenue because of this. You could say it’s meaninglessly small however as time goes on and the number of people playing inevitably reduces, if you’re in game store has an a bad reputation, it’s a much more serious problem.

For me, it’s not a case of they have to do this, it’s a case that they should want to do it.

I can’t see the marketplace properly until tomorrow, but on a video I saw, it was the first item in the marketplace, presumably due to alphabetical order. Am I right?

I can understand if a buyer would surmise that the first listed product was fit for purpose.

I also purchased Xbox marketplace credits @ £20.99 for the King Air C90 by BT Studio. Almost instantly regretted my purchase. The flight model looks ok, but the description does not match in game what they advertised. Stats are incorrect and functionality i.e compatible with pc mods or 3rd party software unable to be used on Xbox. Personally, the main issues I see are, out of aircraft camera view the instruments are way too small and out of scale; and the interior cockpit buttons dont work correctly, most notably the autopilot and heading or altitude switches. I could and most likely will request a refund. Although I dont understand why I can’t easily contact the aircraft model designer to just fix the model.

Update: Microsoft Xbox marketplace refunded my money within an hour of my request, request submitted via the Microsoft website from my account purchases listing. No problems at all.

I’m glad it worked out for you. Quality really varies with Flight Sim add ons. I personally have a three-review rule: I have to either watch or read three reviews from three sources before I’ll purchase an add-on.

I have to either watch or read three reviews from three sources before I’ll purchase an add-on.

That is some pretty solid advice.

You really have to do some research before buying and look for reviews. When I saw it I was immediately suspicious as the photo of the cockpit didn’t look quality to me. Not always the case, but more often or not the price is a giveaway too. For something like a reasonable quality A 10 you should expect it to cost more. Saying that, whatever you pay it should be as described by the seller.

I do think the marketplace on here should have some sort of quality review control before any add-on is included. If you purchase anything from Nexus or MSFS add-ons then fair enough, you pay your money, you take the risk but MS should be ensuring that anything on Marketplace has an official seal of approval in my opinion.

Sorry I don´t have the A-10 yet (she is to slow I fly DCS only to enjoy super speeds that´s why the A-10 is not on a high priority list) … but I have watched a lot of DCS Eagly Dynamics A-10 videos and they brought a new A-10 two months ago on the market.
And she is absolutely gorgeous and that Gau-8 Avenger has more recoil than one of the two turbine nacelles of the A-10.

Asobo, Carenado, PMDG and of course THIS from Eagle Dynamics and HeatBlur is true cockpit quality and fighter jet experience over Area 51.
This Tomcat for example is early access and I can assure you it almost fully works already (and yes I have tested her weapon systems and the radar officer Jester seat too after having spend several hours of YouTube tutorial videos about how to control this beast, and everything is almost perfect - but I don´t fight in DCS I fly for the sake of pure supersonic speed). 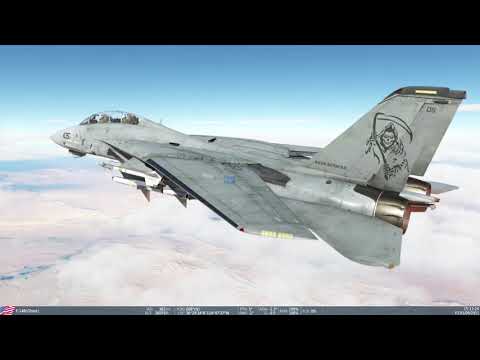 If you want to fly an A-10 Warthog I absolutely recommend buying the Eagly Dynamics A-10 in DCS while waiting for a proper quality Flight Sim 20 A-10 version - for example from Aerosoft.
You will have no regrets and no refund wishes, and a good Aerosoft A-10 for the Flight Sim 20 will surely again be perfect too like she was in the FS2004 era.

Aerosoft made an A-10 for… I guess it was Flight Sim 2004 Century of Flight (or/and FSX) and it had superb quality, and Aerosoft will probably again make a finest quality A-10 for the newest Flight Sim 20.
In the meantime enjoy some good A-10 flights in DCS, these flights never take long because fuel will only last for five to twenty minutes, but you exchange tons of kerosene for pure speed… ;D

Because they are new to this game/sim I would recon. Unfortunately, I think young and new gamers on Xbox are the ones that will fall into buying rubbish that is in the market, learning the hard way. Mostly because this franchise is quite unique in having so many 3rd party devs other games rarely have. On the other hand, I was looking at a live stream on YT the other day from a xboxplayer that never played flightsims before and in the chat their was discussions on addon´s and how they should/would get Captain sims 777

A bit sad in my opinion but it´s just that, an opinion. They seem happy with it so that market will continue to have byers I believe. Those of us that prefer and might be used to another type of quality just have to get used to that this game/sim is aiming to a broader audience than it used to be.

A bit sad in my opinion but it´s just that, an opinion.

Yes, it’s the false expectations that cause disappointment. Product is what it is. But for simmers with appropriate hobbyist / enthusiast level expectations it’s pretty cruel awakening. But ain’t it just so, new people coming to this franchise may not even think the marketplace is filled with 3rd party products. That the default planes are in fact brilliant, and quality at marketplace may vary at unimaginable scale. Not that they would have any concept of quality yet anyways.

In the A10 case, the cockpit screenshot gave all the clues one needed to assess the quality. Who ever buys this in the illusion of getting a quality plane is dreaming, hoping and wishing. Imaging how cool it would be. The judgement is heavily clouded. But I think that is just human factor.

I’ve bought Spitfire, details are fine. But I wanted to compare the flying dynamics with DCS and IL2. I don’t think it’s only about 3rd party, it’s the MSFS itself that makes the more exciting planes feel bit more dull. But that is different than broken altimeter or so.

I hope they implement trial period or proper refund. Trying is the only way to really figure out if the plane also feels nice.

As usual I’m late to the party, and its all been said.

I won’t buy FS add-ons from anyone that hasn’t been in the world of Flightsims for good long time. And when I do I generally deal with them on their own websites and not on the FS Marketplace.

Sim add-ons are not created equal and there is a lot of trash out there. Unfortunately a lot of new simmers are in the hobby now (especially with Xbox now on) and they aren’t used to the game. Hopefully a lot of those people will read this thread.

Research everything, and never get in a hurry to buy a pretty thumbnail picture.

Glad you got your money back.

I hope they implement trial period or proper refund. Trying is the only way to really figure out if the plane also feels nice.

If you live in Australia they have to give you a full cash refund if the business sold faulty software.
Valve (Steam) learnt the hard way, can’t hide behind other country laws.
Federal Court finds Valve made misleading representations about consumer guarantees | ACCC

Buying from marketplace is not a good idea if you can’t accept waiting for weeks for updates, maybe in about 5 years when the game is more stable, but not now.