Abilty to manually add existing waypoints to an airway

Trying to route from KPVD to CYUL, I started to incorporate using the Tango routes (Area/ RNAV routes)
From KPVD the most effective means to head north would be the T393 to the Gardner Vortac, Followed by T315 upto (nearly) the Burlington VOR, cross over lake Champlain, PBERG north along T705,

The problem I keep running into is the built-in database does not reconize some way points along a Tango. Typing in DUNUP or EBDOT results in the “Not on Air way” 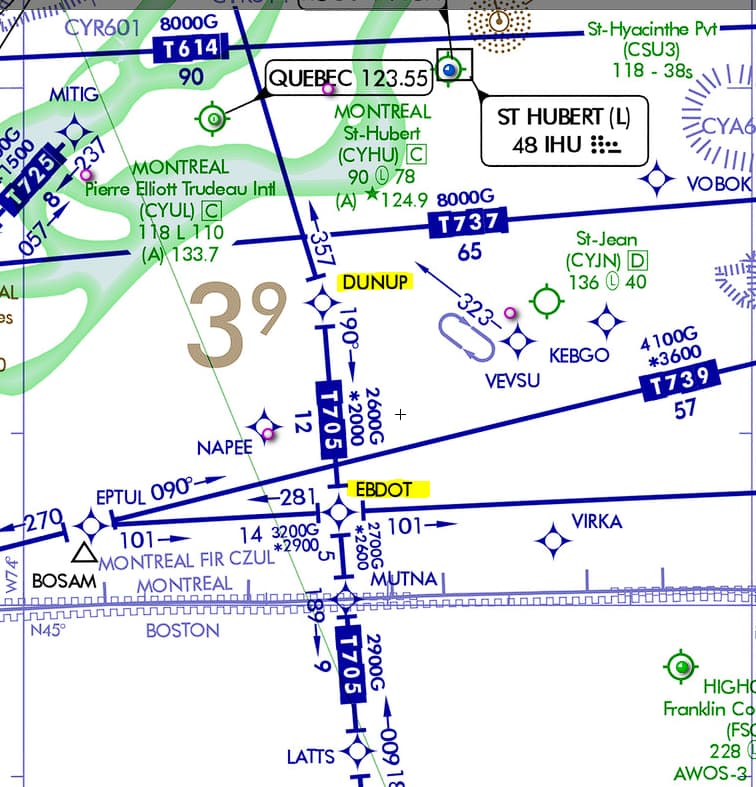 I know the default answer would be to subscribe to Navigraph/ Simbrief. Sadly I’m not impressed by simbriefs lack of routing the above as apprently it balks at Tangos (Airway uses invalid endpoints) yet skyvector doesn’t have any issue.

Is there a way to add already defined waypoints into an existing airway?

What method are you using to build the flight route?

What I would do is terminate the Tango airway at a waypoint the sim does recognise and then just manually input the other waypoints.