I like to see a feature which implements actual NOTAM’s from the FAA/ICAO/DLF etc.

In my opinion there should not be a big issue activating advisory and, or danger areas,especially if the airspace structure is implemented correctly.

This should also apply for navaids, i.e. faulty navaids or equipment working at reduced power (reduced range), as well as lighting, i.e. faulty PAPI / VASI lights, ALS, or general airport features that aren’t available. ie winter service (not being able to clear the RWY from snow and ice) or fuel service.

The implementation of obstacles, i.e. cranes, wind farms, cables etc. should be a little more difficult, but when implemented correctly to the azure server (and AI) do-able in my opinion.

Maybe create a briefing room environment / overlay in which the player can check their route and see what kind of things they will experience along it or how to avoid them.

MODERATOR NOTE: Merged from another thread

So I was thinking, would there be any interest by developers (official or third party) to simulate real world NOTAMs in the flight simulator?

Surely software could be developed to read coordinates, type of objects/messages and update them to the sim along a flight plan? Like cranes along the approach path, migrating bird concentrations in the area or runway lighting be offline for maintenance? It wouldn’t have to update all notams for all airports, but just a quick patch to run prior to loading an IFR flight into the sim.

For me this would be a very immersive experience, bringing the simulator to live even more and challenging pilots to do proper flight planning, improvising in a changing environment.

I could even imagine a paid subscription to such a service (k’ching Microsoft) with some stunning fine tuning around the bigger airports in the world and design something AI to implement generic stuff on the smaller airports, as I imagine there are quite a lot world wide. I would be interested upto a price of 10 to 15 dollars a month for such an extra live immersion.

How about it Jorg? Could you earn some extra bucks this way? More simmers interested in this?

I’m using SkyDemon on an android tablet for IRL flights and simming to make flight plans and on-flight navigation. This way I always have up-to-date AIRAC & NOTAMs in use.

I’m using SimBrief for my flight planning and it produces exactly what you’re looking for when you “generate” the flight then “print” (it goes to a PDF file which your favourite PDF reader, ermm, reads! There’s always pages and pages of it, 65 is not unusual. I usually do this on a Fire tablet so that, as in real life, it’s always available no matter what else you’re doing.

If you actually wanted to print it out it also includes a very good flight log where you record times, fuel usage etc which is handy for instance for keeping an eye on your fuel consumption. I need to investigate if my PDF reader will accept input to documents - I know that some do - which then means no need to actually print.

You have to use the correct SimBrief profile but they appear to be available for all the sim aircraft, including Concorde. If you subscribe to Navigraph you’ll get everything bang up to date as well as access to all the charts you might need/want.

Yes, I use it too. Thanks for suggesting it though.

My suggestion is that the sim would actually use the data in the NOTAMs, and then load them into the simulator as real world developments for pilots to be aware of.

Integrating real world NOTAMs into a video game just sounds like it’s appeasing to a specific set of users that play the game, like the hardcore simmers that demand a video game to mirror real life. I can see this more likely being done by a 3rd party and sold as a 1-time purchase or a subscription. Asobo has a ton of things they need to fix/add to make the game a proper flying game.

just a quick patch to run prior to loading an IFR flight into the sim.

Now if i was interested in having NOTAMS injected into the game on an immersive level (rendering birds, adding obstacles, changes to runway lighting etc), I’d prefer to have this app maintain all the airport notams by default and I can manually pick which airports i want the notam to be simulated in game. The reason being is loading times are already kinda long depending on where you spawn and what plane you’re flying. Flying the FBW a320 from JFK with additional 3rd party addons in multiplayer with live weather and AI Traffic by AIG will already give you a 10 minute loading time. Now imagine it has to load in the information from our NOTAM mod, even just for your departure, arrival and alternative arrival airport.

To me, this would just further complicate a game that’s already whats already incredibly complex in terms of programming and integrating real world data to a video game in (mostly) real time. There’s still a ton of people that can barely jump into a 152 and fly over their house due to technical issues.

Just use your imagination. So the NOTAM says there’s a flock of migrating birds upon departure, who said you can’t kill your own engines and land it on the Hudson and call it a bird strike?

I’m sorry but I’m having difficulty in understanding what the OP actually wants that isn’t already freely available? Okay, SimBrief is for now just related to IFR flights, although there’s absolutely nothing that says you have to fly IFR to use them. But access to NOTAMs is very easy throughout most of the civilised world; I only have experience for the UK services but am sure they exist for other countries.

Exactly what info are you suggesting “injecting” into the sim and how would it be used? I simply don’t see how, or even why, you would do such a thing, irrespective of the performance penalties.

If I were to suggest anything a simple database search programme containing the access details for all the world AIC services which could co-exist alongside MSFS, or any flightsim for that matter. Maybe something that queries the SimBrief database for, say, a selected ICAO airport code? But then what about all the NOTAMS for surrounding airspace?

Sorry to be so negative and not wishing to denigrate your enthusiasm, but to me this sounds like a solution waiting to find a problem. MSFS has far more important things to solve than whatever this idea is supposed to do. I’ll add that I’m no expert in these things so maybe I’m missing the point somewhere? If so I hope someone will be good enough to put me right.

The original idea is simply that sim-pilots would indeed start reading NOTAMs in there flightplanning, because they would be simulated in MSFS. So heading out to your departure airport and finding obstacles or runways/taxiways being in maintenance and working around that. That’s the simplest summary of the idea.

The reason why, in part, is because I would understand Microsoft to find ways in maintaining the database infrastructure that provides us the sim. For now that’s probably in part the marketplace percentages they take, the historic aircraft being released and other smaller addons they’re working on. It wouldn’t be so bad for them to provide additional and extended services such as these to maintain revenue and upkeep all the very expensive energy consuming data center required to provide us with the streaming sim.

Okay, I get what you’re trying to do. Wouldn’t really interest me but I can see how a dedicated flightsimmer might like to add to the realism - although I still say you can get the info through SimBrief.

But whilst, to me, this could actually be quite straightforward, along the lines of a “searchable” database that I mentioned, I’m pretty sure that MS/Asobo have enough on their plate for now and I don’t see any current real incentive on their part. I’m no computer whiz so I’d guess a talented 3rd-party developer might want to give it a whirl but getting access to the various world AICs would be the real test, together with cost of subscriptions etc. Governments provide these services for aircraft operators, not sim gamers, so there could be resistance there.

Maybe Navigraph/SimBrief could develop an addon that uses their systems to provide the info you’re after.

Providing easy NOTAM access to MSFS pilots is a good idea. However, a “NOTAM Simulator” would be technically very challenging especially for MSFS integration. In addition, I doubt very many users would be interested even if it was no cost. How many SimBrief users actually read the NOTAMS included with their briefing and then change their flights?

For example, recently in the US there has been a lot of debate about possible interference of 5G cell towers near airports. The FAA ”workaround” has been to issue NOTAMS at all the airports potentially having 5G interference prohibiting using certain navigation equipment. IRL this restriction has had a huge impact on airlines because they cannot ignore the NOTAMS.

MSFS gives pilots the freedom to pick and choose which regulations to follow. How many MSFS pilots would conform to these NOTAMS for total immersion?

And how many MSFS pilots currently use “no-fly zones” in route flight planning?

It would be really cool if NOTAMs objects (like ash, obstacles, radio, LOC, GS, ADF and VOR antennas malfunction, etc…) were reproduced in the sim. Things like ash should obviously affect the plane with engine failures, VOR, ILS, ADF, LOC and GS will not be captured, and obstacles will be spawned in the scenery.
I understand I’m going a little bit too far but…nothing is impossible!

Got news for ya, it already is; this is a 100% legit, real-world NOTAM’ed African dust storm in the Caribbean, it was amazing: 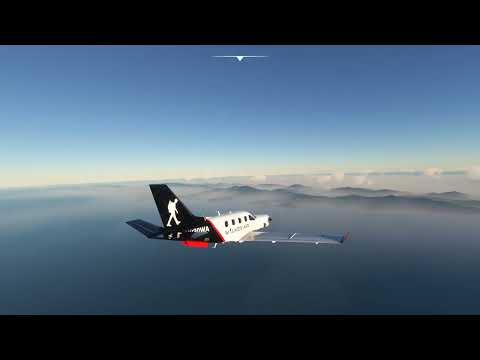 Indeed, thats would be sick!

I personally live in French Guiana, and we had a Rocket Launch yesterday, it was on my NOTAMS (large airspaced closed above the Space Center and Rocket Path) It would have been really cool to actually see a Rocket launch in the sim 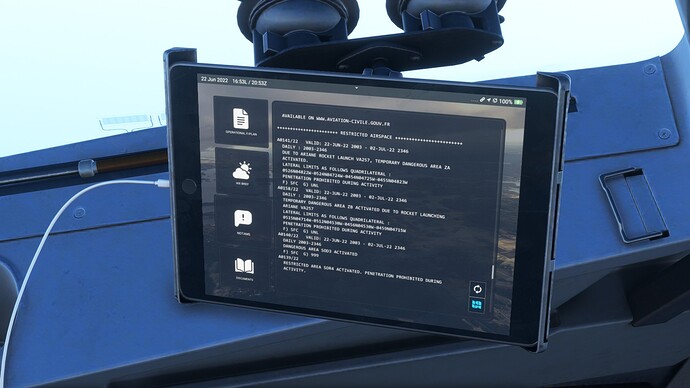 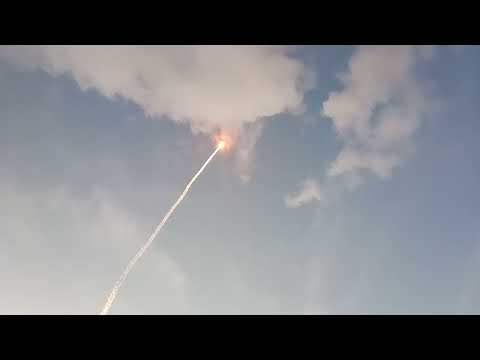