The default airliners are terrible ugly and really impacts visually with the quality of fs2020
Recently there is a a320 pack of liveries. Would be perfect to add that liveries to the AI TRAFFIC

The way i see it, the potential with Asobo partnering with flightaware is huge. But it probably wont happen.

What I mean is: with flightaware data you obviously have the flight plan, but you also have the registration number as well. If Asobo, or more likely, a 3rd party provided a plethora of accurate models and liveries, they could be mapped to the flightaware data (aircraft type, airline, flight plan, departure time, etc.). I would think the registration data would be great for those one off special liveries (such as United’s star wars 737 livery). And not only that, but charter flights such as the an-124s, the few remaining 727s, and countless others could be represented in the game.

This has the potential to be the most realistic ai we’ve ever had. But it probably wont ever happen

. But thats why its in the wish list area

Correct me if I’m wrong on any of this

Well, im crossing my fingers that what we had with p3d/fsx (ultimate traffic live for example) will someday be possible in microsoft flight simulator

I think they said in the interview they are negotiating liveries with airlines, so I guess and hope it will come in the future.

At least to me, one of the biggest immersion breakers is landing in a huge airport with no airplanes or fake airlines, or now in FS2020, hear ATC say “American Airlines 777” clear to takeoff, but when you look, the airplane is a Cessna.

I also expect something similar to Ultimate Traffic Live. Without real airlines and corresponding planes, there’s no point in the Flightaware partnership. The fake random AI from FSX did a better job.

For instance: on the world map view in the sim. I was able to see charter flights. 2 an-124s going to Europe, and an IFL cargo 727 headead to MIA. If someone provided models and liveries for those models for example, that would be so amazing.

Imagine being in miami in the sim and being suprised by an arriving 727, only to find out that a real 727 did in fact land in MIA.

I was hoping the AI traffic in the simulator could be more realistic . Real livreries , real airlines and real routes.
Did the developpers mention anywhere that they are working on it ?
Or Shall we rather wait for a 3rd party developpers to come up with it ?

Not to mention when i taxi to the runway via taxiway alpha, because appareently in MSFS all (non handcrafted) airports got only one taxiway(!?) i have to stop taxiing up to six times due to traffic.
Mostly its some car just moving across. Sometimes i will taxi around them and then i get cleared to continue taxiing but if i dont and just hold as instructed i will never get cleared to continue taxiing.

And since when do aircraft need to stop for cars anyways? I wish i could drive like this on a real apron the way those ground vehicles do in the Sim.

Airplanes stopping for cars isn’t uncommun for the microsoft flight simulator series . I don’t know about the newest sims ( P3Dv5 and X plane 11 ) but in FSX , that happened pretty often for me to be asked to stop .
spoiler alert : I never even stopped for them once

and I didn’t care about the damage .

i should probably get used to it again to just drive over them.
FSX is an 14 Year old sim though, didn’t expect them to just copy and paste the programming code from the AI in FSX

i would add request about more intensive sea traffic around the world as was in fsx/p3d till we’ll get some addons with yachts brigantines real skins at cargo and travelers ships etc. that addon “sea traffic” was awesome… very lacking

I’m sure it will come with time for the sim, but for MS and Asobo there are probably licencing issues that they need to deal with to make this happen.

but for MS and Asobo there are probably licencing issues that they need to deal with to make this happen. 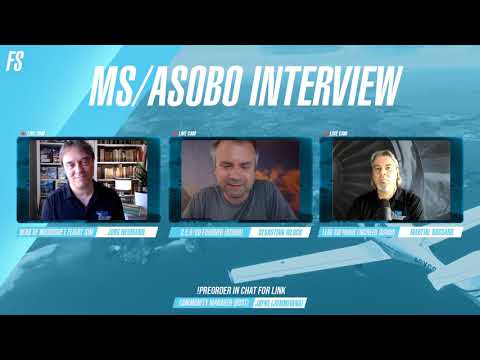 Will be fun when we will get real liveries and more kind of aircraft. Will be Real Traffic + Real planes they are using

It was very disappointing to see how ugly this looks with the standard aircraft without liveries. this looks much better in xPlane with the corresponding plugins. Hope it will be fixed.