Aerosoft has announced last week they are going to Update their Airports EDDK, EDLP and ENVA to support the VDGS Modul which is used for the visual docking guidance in EBBR.

In their news it sounds like the Airports bought directly at Aerosofts website already got the updates.
So does anyone has an idea if and when these airports will get this update on microsofts marketplace?

I have read a post from one the the Aerosoft devs that these updates will hit the Marketplace but are awaiting approval from Microsoft. I guess its always best to purchase add-ons direct from the 3rd party as they have any updates distributed straight away. I am in the same boat also waiting for the additional VDGS airports.

They are still not in the marketplace with development update from 23rd June.
That’s week 6(!) after the updates by Aerosoft (13.05.22), heading to week 7 without updates.

@MS: To be honest, your integrated marketplace is simply not appropriate for its concern. You don’t catch up with the updates, the developer have no influence or possibilty to take care of their own and the users have problems with organizing and using the files in the “official/onestore” folders.
Perhaps you should split XBox from PC Marketplace and find a solution that suits everyone better than this annoying and unwanted store that causes problems in every point of view. 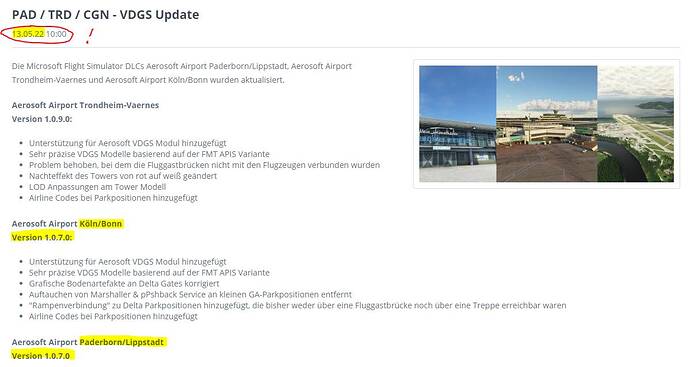 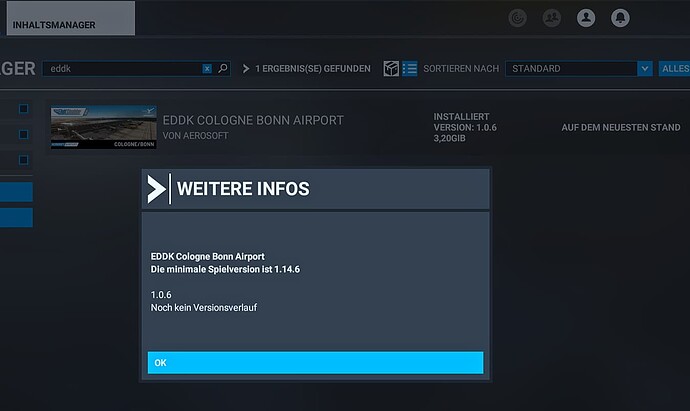 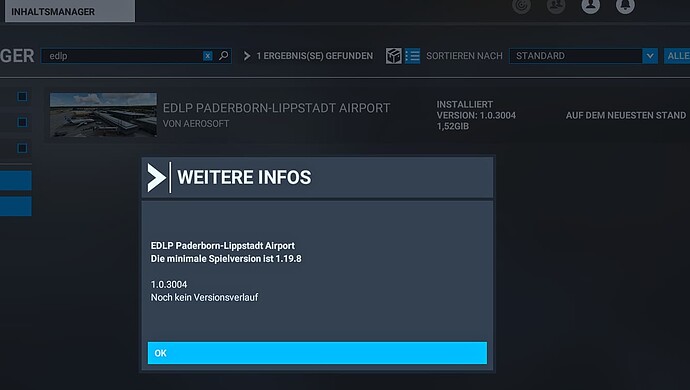