After patch, the result is so good 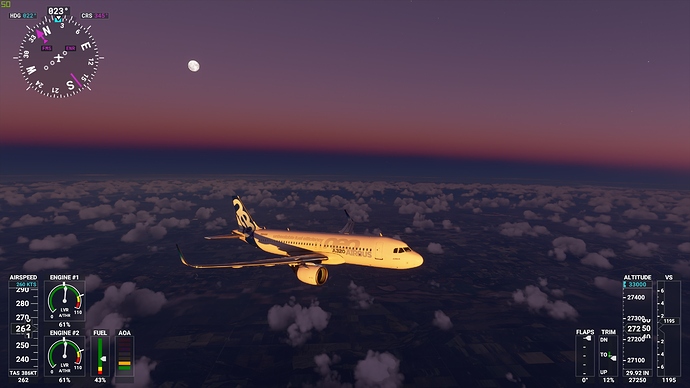 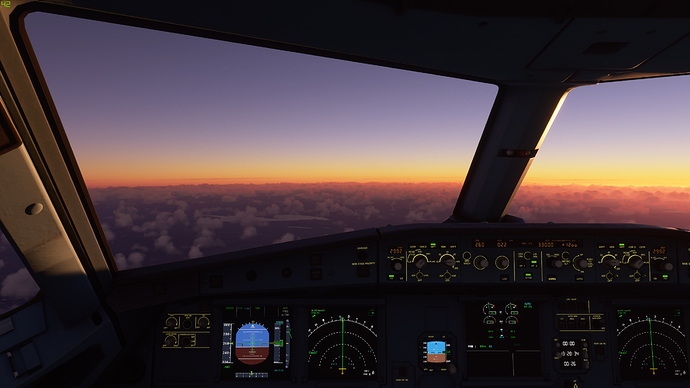 +1
Same feedback here, no (controller) crash and almost no stutters

No difference in performance for me but it is great that if it works better for others. I had no crashes before (once the game starts) and still have none. But the fact that simconnect works properly now is a massive difference for my game play. Just perfect. (I’m not saying the game is perfect in every way, but it is amazingly good for my use case as a VFR pilot)

Yeah, still can’t figure out if it’s placebo or not but things feel smoother here.

SimConnect and controller fixes were massive though.

Didn´t notice any change. Before the patch it sometimes ran fluently and sometimes it went down to slide show or froze completely - even when flying in the middle of nowhere at 4000ft with SKC.
After the patch exactly the same. One flight from A to B is smooth sailing. Repeating the very same flight and your sound disappears, then the fps comes to a stuttering halt in mid flight. Ctrl - Alt - Del…

But I am just a dumb user, so they probably fixed a lot of other problems beyond my limited grasp.

I can confirm it runs very smoothly.

Mine didn’t really do anything. Unplugged USB yoke - game locked up (not something I normally do, but I have had my Alpha lose comms to the PC twice now while flying, where replugging c/would fix), flew 747 - HUGE 20-30 FPS drop, flew Bush Mission leg, still get periodic stutter.

Oh well…least it still runs as well as it was - I was nervous!

Ah, the life of a PC gamer. It is amazing how much experiences vary. Many times it is obvious why people have trouble, PC users can, erm, “tweak”, and drivers and hardware vary so much. That is the whole reason consoles were supposed to save us. Make all hardware and software consistent. But the best console always sucks compared to a good PC in terms of raw performance by the time the console is released.

I don’t understand how you got such a performance drop though. I would have thought that the forums would be alive with condemnation by now if it was common. Hopefully it is transient.

Can confirm!! It’s insane how smooth it is now. Did a 45 min flight in switzerland, not ONE STUTTER. I was completely blown away. Not even huge fps dips were there.

Motion platform, sim studio wind and tactile generators and plan-g V4 are working with no fps loss so now cant wait for VR to arrive. Smoooooth!!

The sim loads noticeably faster for me, plane movements for a given stick movement are much smoother and more “buttery” and I think I’ve gained at least 4 to 5 fps, maybe more at low altitude ( <1K) over Upper Manhattan. and elsewhere.

Ah, the life of a PC gamer. It is amazing how much experiences vary. Many times it is obvious why people have trouble, PC users can, erm, “tweak”, and drivers and hardware vary so much. …Hopefully it is transient.

Yep - luckily (?) I am used to it since WAAY back when, so don’t get too worked up.
Also not one to dive TOO deep into system settings etc, but seem I’m gonna have to on this one. Ha it could have been a LOT worse!

Given the content of the release notes and what the update is addressing quite very specifically, and diff files between the RTM version and the update, I’m wondering whether the number of people finding their FPS increasing and the simulator smoother with the update would be around 30%.

With the exception that what you get might be due to having solved the performance issue when displaying Traffic Name Plates. Just this alone accounts for a lot.

In any case I’ve just got a CTD since I’ve updated yesterday. I’ve never had any since Aug. 18 (can’t say anything before this date).

I use tool from this site: https://events.flighttracker.tech/
Make sure that Slow Mode is activated.
i hope we’re talking about the same tool.

The engine weather in Europe is much more accurate based on METAR and good point for the layers of the winds, it was even matching with the winds aloft forecast on Aviatherweather.com (Europe) until cruising at FL230!

A few days ago Meteoblue gave us a feedback for the pilots/hardcore simmers who care so much about realism therefore who also care about accurate weather in live conditions and they said that they were aware about the huge issue of the broken engine live weather, finally! So it seems that they injected “something” in the patch to provide now more accuracy, even about turb i feel… I only did two flights since the last past LFQQ/EGNT and EGNT/EGPA!
Now we defintely need some updraft/downdraft in CB and please to make sure that we cannot fly a Cub in TS like in an arcade game…

Well, can’t wait for a major update for the engine weather! I do believe tonight that it’s on the right way…