All aircrafts screens are Black 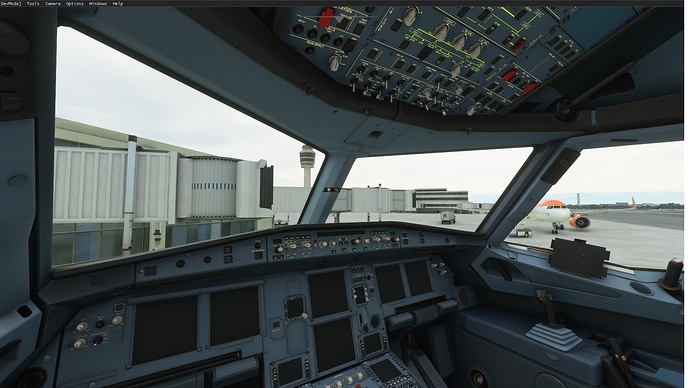 When you planned the flight in the World Map did you choose to start at a Ramp/Gate instead of on the runway? When you do that it sets up what’s called a “Cold and Dark” start. That means the engines and batteries and all systems start Off. If you move your cursor to the top of the screen you’ll see a Checkmark. Click that to open up the Checklists window and then you can either go through each step yourself or have the computer go through and start everything for you.

even when the aircraft started still the same problem. i mean in all aircraft not only the A320.

Even when starting the last landing challenge in Nice with the tbm, the navigation screens are black.

All this problem from the last patch

Have you tried the dimmer switches? 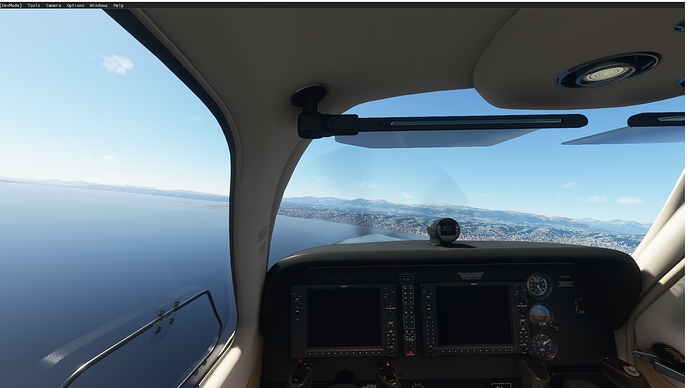 even the radio panels 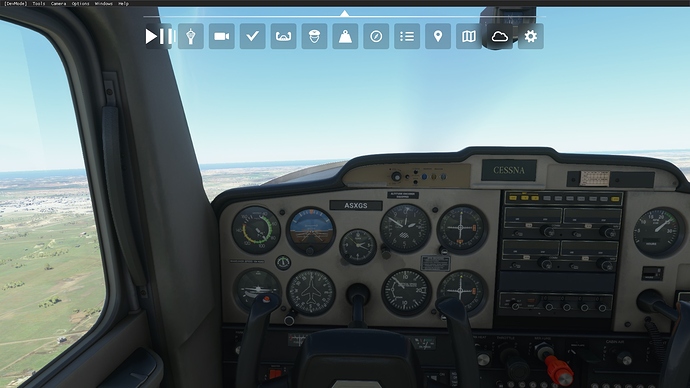 Hey do you have traffic enabled? Try turning it off, this helped me in the A320 when my batteries were on and external power connected but nothing was happening.

yes i did. the problem is that all aircrafts screens including the cessna 150 radio panels

I was having even more problems yesterday. A320 was completely dead, no matter what. I had traffic off, which is what worked before, but the issue seemed to persist even with traffic off for a while.

How I fixed it yesterday:

I went in and made sure that all traffic was off. Ground airplane traffic, worker traffic and road traffic are fine, you just don’t want any airliner/general aviation traffic flying in the skies.

The next thing I did, which I believe solved it, was removing all of my liveries from the community folder. I reinstalled an updated verison of the mega pack I was using, and everything started to work again like normal. I don’t know if you are using liveries or not, but this is what seemed to work for me. I hope tomorrow’s update will fix these issues.

u made my day bro

Unfortunately still a bug with the latest patch. Tried the live tour of Japan this afternoon and sure enough, before I even got to the bridge PFD dead, autopilot disengaged. It’s not just the screens though, it’s the avionics. The screens go out, autopilot turns off. Had the same issue after patch 2 was released with the A320, on approach in a turn for final and screens go out and got the autopilot disengaged-alert.

Wondering if this bug is related to the other “ghost plane” issues people have been having with switches changing by themselves. Had the fuel selector switches on the Caravan turn off by them selves mid-flight a few times. Squirrel has done several streams where switches had changed position mid-flight without any input from him.

I honestly wish there was just a way to revert back to patch 1, for me it feels like the only thing fixed in patch 2 and 3 is wind and lightening. At least you could fly the planes in patch 1, even if they weren’t fully functional.