It is a very significant upgrade but only if you have a high end gpu. At high resolutions any less than a 3070 and you won’t see much benefit except for LOD and traffic but I guess you can include those using multiple addons too.
In a nutshell it very much can help simmers that are easily mainthread limited.

The price difference between the 5800X and 5800X3D isn’t actually that big considering you can get a roughly a 25-30% performance improvement on MSFS for only $130 more (or less, depending on the sales).

It runs hot too. Make sure your thermal solution is up to par

What is the difference between the X-3D version and the X version of the Ryzen 7 5800?

The 5800X has a way better price, it costs only 50% of the X-3D version.
edit:
Ah it has a feature called “AMD 3D V-Cache™” but benchmarks will tell more about this.
AMD SAM brings some great performance plus (especially when having a graphics card with 12 or even 24 GB VRAM) but I never heard about a 3D V-Cache. Has it serious advantages for gaming, or is it more like “an average of ~128 instead of ~125 FPS in Game A B C and D”?

This is a thread where I have created and validated my own 5950X and 5800X3D same condition benchmark scenarios in the past.

First. I am using automatic translation because my English is not good. Motivation AMD 5800X3D uses a large L3 cache and is considered to be more effective in MSFS. We have actually viewed the results of the average FPS improvement in several places. So we compared how different they are over time. (I didn’t want to know what percentage faster, but in what areas, at what object densities, and under what conditions it works) Conditions CPU: AMD 5800X3D/AMD 5950X (Non OC) GPU: ZOTAC Geforc…

The 5800X3D shows a significant performance improvement.
We have not provided a clear percentage improvement, but you can make your own judgment based on the chart.

I would agree, my 5950X gets hot while playing MSFS. I’ve always attributed it to the PBO behavior during heavy single-threaded gaming, exactly like MSFS using DX11. I can see the two fastest cores throttling to near 5.0 Ghz, but using a whopping 1.5v on the effective Vcore to achieve it.

Are you running an all core overclock? I know on my 3800x I can achieve considerably better boost speeds (4.6GHz) with default dynamic cooling (and PBO enabled) - and the thing never gets hot even with only the stock Wraith Prism. An all core OC can only manage 4.2 without better cooling and to me the temps are horrendous.

I believe that the processor is hot, especially in MSFS, because of the large number of random accesses in small pieces to the main memory via the IOD. (A large cache mitigates the heat because it results in fewer accesses to main memory.)

Of course, this also happens with ordinary processors.
However, we believe that MSFS tends to cause raw memory accesses due to the large data size and overflow of data and code already in the cache, which tends to cause the memory controller to cause the processor to run hotter.
Since the 5950X is a model with many cores built into the same volume of heatspreader, there is not enough thermal capacity in the processor by comparison. Therefore, it may be prone to insufficient heat dissipation.

If you are tuning the voltage up until the VCore is 1.5V, I would imagine that you are probably also turning off the processor C-state, etc., and keeping the load line calibration high as well. the processor cannot idle because it has less time to fall into the C6 state and may get even hotter.

This reference was extremely helpful and gave me the exact answer I was looking for in starting this thread.
Although I’m getting good 1440 frame rates currently on my 5800X, I’m anticipating that as the sim evolves, it will become more demanding on hardware, so I’m already interested in the only real CPU upgrade option I have.
And the future of the sim brings up yet another question: While VR demands significantly more from the GPU than does 2D, does it also demand significantly more from the CPU? If so, then, considering that VR is likely in my future, would an upgrade to the X3D allow better VR than the does my current 5800X?

I don’t do a lot of VR myself, but from what I’ve seen on the VR threads, it’s much more sensitive to slight variations in frame rate – what is a harmless stutter on a flat screen becomes a gut-wrenching major distortion in VR.

So what you really want out of the CPU is a consistent fast render, with few stutters from having to wait on hardware or data. I can’t speak authoritatively on VR, but from what I’ve heard the 5800X3D has been a winner on this front too, especially with SMT (aka “hyperthreading”) disabled to ensure the most consistent response on each core.

As for VR, I think it is unlikely to get worse than it is now, but whether it is worth the cost invested will vary from person to person.
5800X3D is clearly better suited for MSFS2020, but it is not magic. It is already known that it is often slower than 5800X (non X3D) in other applications.
Here is an external link, but there is an article on 5800X3D published just yesterday. If you are interested. 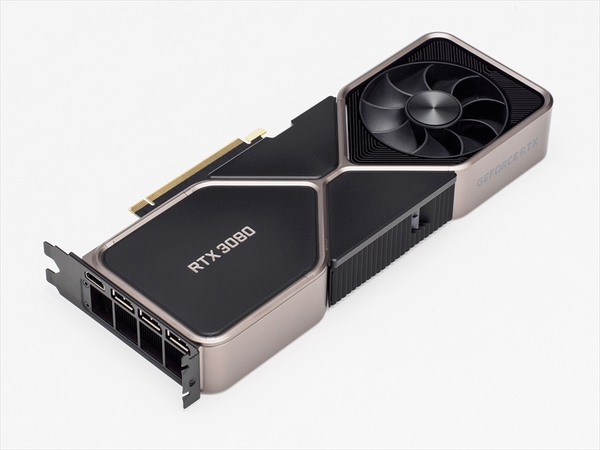 (I am Japanese so I can read it, but it is in Japanese so it may be difficult to read. Please use translation)

Also, evaluating the performance of VR applications is more complicated than with regular displays: load trends change between HMDs that output directly via DP/HDMI and those that assume a compressed transfer of the video stream, such as Quest2. Even developers who have developed a large number of VR applications may not be able to obtain consistent benchmarks.

It’s well known that VR is very gpu heavy by comparison so it is reasonable to expect no better visual performance with the X3D. But of course if you are using high traffic, high lods, complex aircraft and/or cpu heavy apps in the background it is still likely there would be an advantage. The big question is will it be enough for the money spent on upgrading?

I’ve got a 280mm AIO on my 5800X3D which, in my current case isn’t as well ventilated as I would like but keeps things consistently below 88C under full load with max core speed around 4.3 GHz, without making much noise.

Once I get it moved to a new case with better airflow I expect the temps to come down; that may or may not boost my clock speeds a little (max is 4.5)

280mm AIO is plenty. They get hotter than their 5800x counterparts, but not that hot to justify a giant radiator. I’m using a 280mm for an overclocked Ryzen 5950x without any issues.

BTW what RAM are you using?

The best value is a CL16 3600 Mhz RAM kit. I would not go above 3600 Mhz, as this is very near the upper-level limit where the infinity fabric clock can be coupled at 1:1 with very minimal effort. I would not try 3800 Mhz, as it will require a lot of tweaking and no gaurantee your memory controller can handle that infinity clock. You can go lower on latency to CL14 with a slight performance boost, but these are typically significantly more expensive B-die chips.

You’re a wealth of knowledge and much appreciated. I just watched the LTT video and they said the 5800x3d cannot be overclocked and does run a bit warmer than the standard 5800X because of the 3D V-Cache placement on the chip. The Ram I bought is the G.skill RipJaw DDR4-3600 CL16 2x16. I hope it good for AMD! I know there is some ram “optimized for AMD” but this one did not specifically say that.