I come across with a mini control from AXAIR. Would like to know the experience with their product? The MIAP is looking good.

The ergonomics may not be for everyone. That is a tiny yoke, and I’m not sold on the idea of a dial for rudders. But if you want a really small footprint for controllers and have good dexterity for the smaller scale, it could work.

Check out their product video. I think a lot of folks would get an idea right away if this would work for them or not. 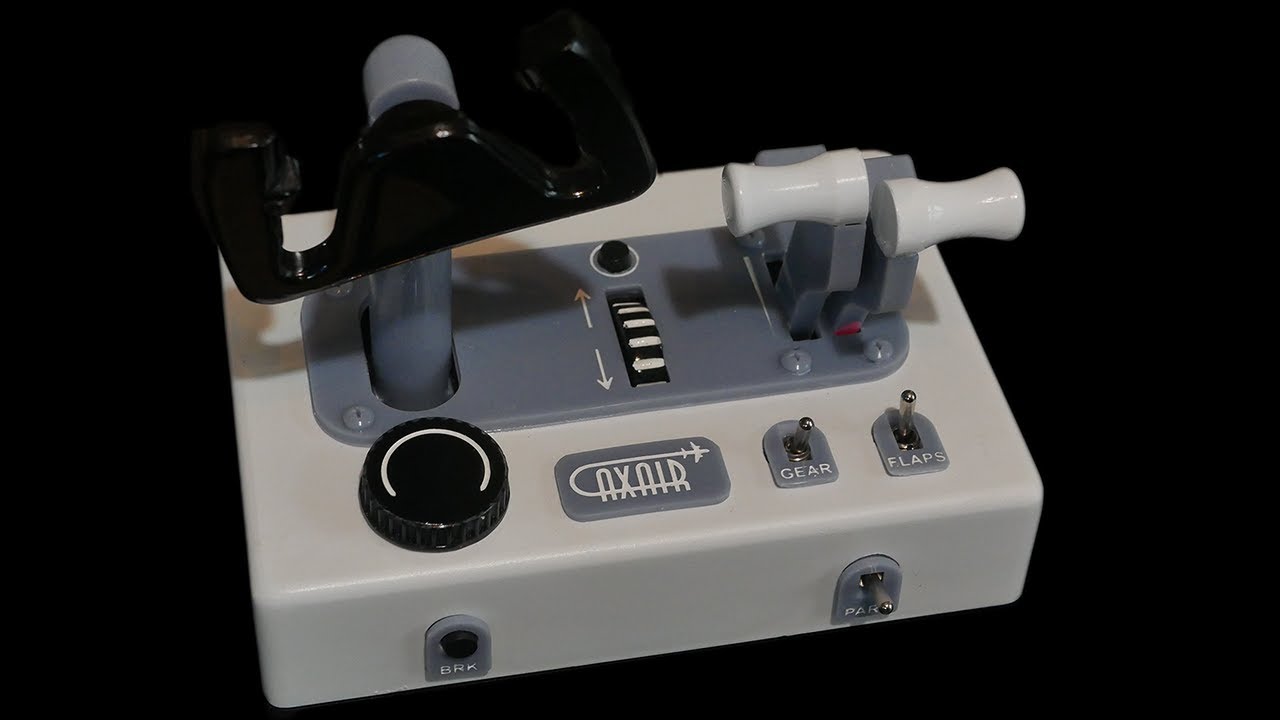 Agree with you that the mini yoke is too small. But the MIAP which controls the autopilot is what I’m interested in. I wouldn’t mind the small size but would like to know the build quiality. 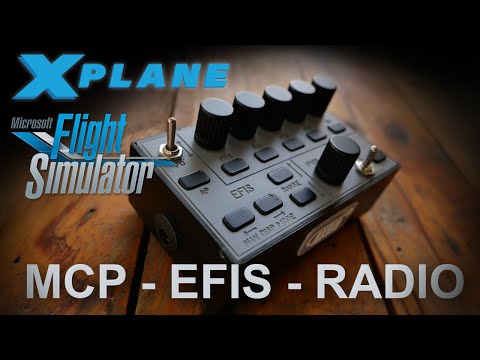 I have the MIAP. And it’s a nice AP panel that has almost all the functionality of the AP you’ll find in a TBM, Grand Caravan, etc. I don’t fly airliners (yet), but I reckon you’ll be able to operate the AP with this unit too. I use it to fly in VR. From muscle memory you’ll be able to distinguish all the knobs and be able to quickly adjust settings on the AP, NAV/COM radios, etc. I preferred this one over the EASY because of this, but I think the EASY even has more possible key combinations. You’ll have to program the buttons yourself in the sim, but that is easy.

The knobs are quite ok. Not Virpil/Warthog level. I would say more comparable to Saitek. But it is also much cheaper than Virpil/Warthog. The box is sturdy and looks nice. It’s small, but not too small. I was looking for something small, because my cockpit desk

is tiny. But is has loads of functionality. Frankly I haven’t seen anything like this before. It’s either the mess of buttons on a regular Hotas (like my Logitech 52Pro) or entire cockpit panels. There’s not much in between. The Honeycomb products are nice but they are quite a bit larger and are sold out everywhere.

So I do recommend this. The MIAP was on backorder when I ordered but it shipped within a week or two. After shipping I got it within two weeks (Thailand to The Netherlands).

I think the EASY also is a nifty little product and the MILI also. I was thinking of getting the EASY for its ease of use and functionality, but decided against it because I fly in VR mostly. I’ve got most of the MILI functionality covered in the Hotas. The MICO (Mini controls) is a niche product. I guess for travelling salesmen wanting to play on their laptop in a Hotel room

or casual players without room for something bigger.

Thank you for the review. Ordered it and waiting to have it next to my VKB NXT.

Are you using external software (FSUIPC,Spad.Next, etc) or just assign buttons/knobs in game ??

No just assign the buttons and knobs in the game. On Youtube there is a video where you can see how it’s done: https://youtu.be/nXXSoM9buUw

Their buttons, knobs and switches will show in MSFS Control setup. No other external software needed.

I recently order and received the AXAIR MIAP. It’s a well made piece of hardware. At first it was a bit confusing to set up, but after a few minutes and watching the youtube video, it was easier to program.
Some mapping is not yet possible, since MSFS doesn’t have all AP functions ready to be mapped to button: heading select, altimeter, and a few more, but I see in the wish list: all G1000 softkeys will be mappable in 2021, and this was started, so soon, this issue will not be a problem, but I am sure anyone interested could use Lorby “Axis And Ohs”, but for me, and me only, it looks a bit complicated so I will wait for MSFS to finish the mapping of all G1000 buttons.
The unit was shipped and I received it with in 2 weeks or so, from China (i’m east coast USA), so that was very nice.
I see on their facebook page they are designing more controllers with dual concentric dials which will be great!
A little pricey with shipping being almost 20 dollars, but for me, it was worth the price. And it well made.
I would recommend, since not a lot of companies, yet, are putting out this type of product. If you are handy, you probably could build something with dials and buttons, but I like this product a lot.

Yes, I have the Miap and Mili. Both are well made products as well. The developer said he’s trying to get a profile added to MSFS to make it able to populate when connected or otherwise make it easier to get bindings assigned. You can use Axis and Ohs, I tried it and it was easy to assign but in the end I got everything assigned to work without the software. I plan on adding additional hardware so I will use Lorby’s then. I think I lucked out and got it when these devices were a little cheaper and they have worked out well. As far as shipping that’s why I bought both at the same time - it ended up being cheaper, too. I first found out about it here. Several members have written good things about them. Enjoy!

Let’s see how SU5 has any improvement on G1000 soft key. My wish list is the map range adjust. Would like to map it to Range button and AXAIR.

By the way, what do you map the toggle switch on the top left to for GA? Also any use of NAV DISP MODE buttons? I left both unused.

I’m still moving things around to see what works best for me. There are more buttons then I expected. The dials can be “press” buttons too.
I don’t have anything set up for that toggle silver switch yet.
The last dial on the right I use to increase/decrease vertical speed but I might more this down to the two buttons (one on top of the other) near and to the right of the “frequency dial”).

The heading button is set to “synch heading hold” on the autopilot. Once MSFS will allow it, I will set that button to “heading select” for the AP.
Dial #5 and #6 i use to move the heading bug.

And when MSFS allows it, i will use the CRS dial to move the CDI.

When they put out a box with the inner and outer dials, I will jump on it.

SU5 has any improvement on G1000 soft key

I set the HDG button to “Toggle Autopilot Heading Hold”. With a single press, it set AP to HDG mode, double press sync heading bug to the current heading. This is what I accidentally found.

IAS is set as “Toggle Autopilot FLC” and the knob as “Inc/Dec Autopilot Reference Airspeed”.

The press action on each knob still has no use for me except FREQ which is switching between MHz and KHz.

Does https://www.laptime.nl/ work for any of you? I cannot access it. Are AXAIR products available some where else?

You need to add /shop at the back
https://www.laptime.nl/shop

FTI, the double press no longer do the HDG SYNC on G1000 NXi.

Just bought my Easy and I like the construction.

Having issues with setup though. They gave great instructions on how to setup but it does not work. I suspect that part of the problem is that all of my Steam and MSFS files are not in traditional install locations (mine is entirely on a separate NVME drive).

I followed the instructions given but every time I start MSFS, it deletes the .TXT file I made for the config.

I have had this issue too. You have first to clone the axair easy profile with an specific name, find that in the associated directory and edit it with your text editor.

Of course you can program the controller by yourself as usual. Thatswhat I did as I dont need all of the functions as preprogrammed.

I like the axair easy as it makes flying in VR much more comfortable.