Any interest in Arduino + Rotary Encoders and MSFS2020?

Very cool… Card board is great for prototyping…

Not only that… Amazon Box re-used!!!

Look at MMJOY2 for simple button boxes with arduino. Simply tell it where you hooked up your buttons, pots, or encoders and it will appear as a customer made game controller you can map to any binding.

So I’m just starting to work on something similar. I’ve never done an electronics project like this but I’ve been doing a lot of research and am on my way with a lot of starter gear kits.

My thought was to build a box with the C208 AP functionality - since clicking on knobs while flying around in turbulence isn’t easy, especially for my buddy that also flies the 208 but has some vision issues. A physical set of knobs and buttons will greatly help him. So basically I want to build a POC for myself, get the bugs worked out, then build one for him.

What I’m seeing though is the sending keystrokes doesn’t work for everything because the sim hasn’t hooked up all the keyboard shortcuts yet - is that the basic issue? Are the AP functions and states exposed by the SDK and readable from Sim Connect (I’m not a real programmer but I know enough to get by in a few languages, including C# and a smattering of C++). And if they’re readable, can you also write to them?

Looking forward to seeing how these projects work out! Thanks and good luck to everyone!

Hey @Midcon113… I have not tested/worked the AP functionality yet. It is in my ToDo list. The only one I have tested is the AP set itself and it is both readable/settable. I believe the rest would also be that way.

My plan is to get some buttons for AP, FD, HDG, NAV and APP to begin with. Since I am also including some LCD displays so I don’t have to zoom into the monitor, my concern is the feedback for example when the AP levels the ALT. It would need to read the values and send to the display while updating the internal values in the variables of the arduino (potentially).

I ordered a couple of led buttons from adafruit… Once I integrate them I’ll send a post how they work.

Sounds great! We’re on the same page - looking forward to seeing your progress. I’ll update this thread with mine.

I signed up just to second this suggestion. github /MMjoy/mmjoy_en

This is a great idea! You should look into Teensy. Arduino compatible and it has built-in keyboard emulation. No need for a pc program.

I looked at simconnect. Unfortunately, not many data is settable in the current version. You can get a lot of information out though.

Hi FlippinFlow,
Very nice. I was trying to do the same but as a newbie, got lost trying to find the code. I have an Uno and the same rotary encoder. It would be nice to have some instructions.!!

Which library do you use for the keystrokes?

I made a panel with 5 rotary encoders but have an issue in MSFS. I’m using this library

Bring enhanced HID functions to your Arduino! Contribute to NicoHood/HID development by creating an account on GitHub.

and it works in every Game, in Windows itselfs and even in the text entry fields of MSFS like the airport search, but as soon as i’m in flight it doesn’t work anymore. Even my second panel that i made in a similar way to control my Windows Sound channels stops responding while i’m in the flight screen of MSFS. As soon as i switch to another virtual desktop without the MSFS window it works again.

nice thread… yup so many ways to skin a cat.

i went with the arduino/mobiflight/fsuipc route… flash the arduino, wire it up, configure the buttons & encoders… done! 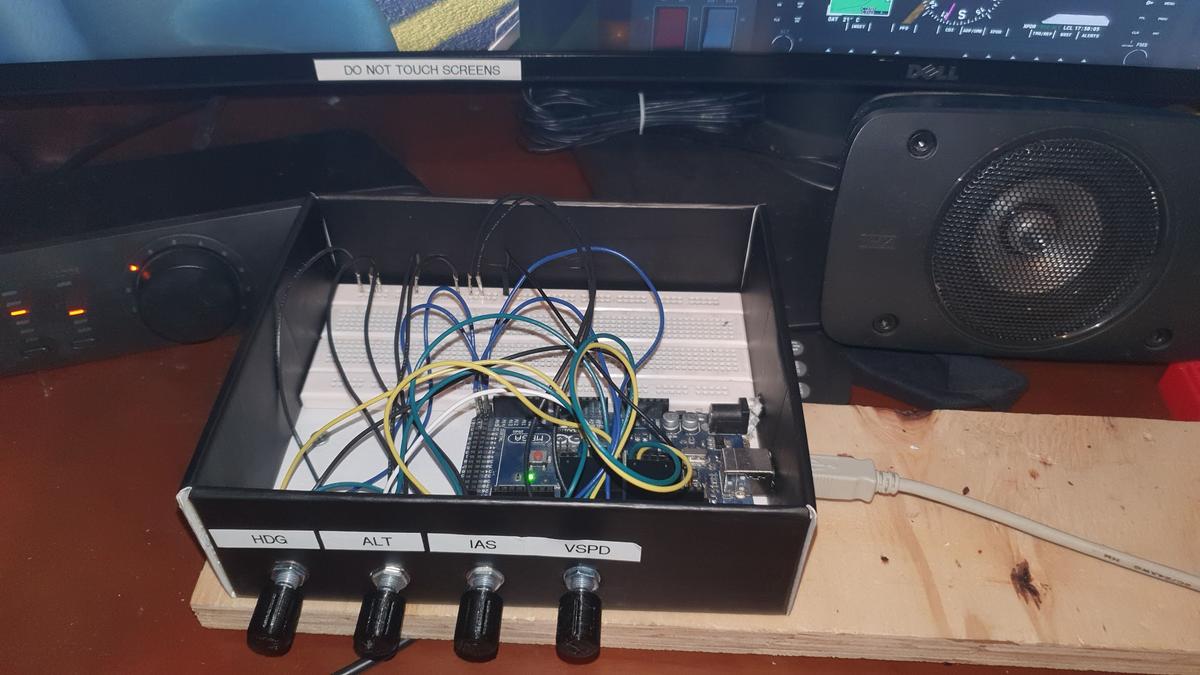 Brilliant recycling of cardboard! That put a smile on my face - thanks.

Regarding the difficulty of conditions, Mobiflight has an expression evaluator built in. There is no need to reinvent the wheel.

Mobiflight already works with FSX, P3D, Xplane and MSFS using the Mega which has 53 I/O pins.

I recommend anyone going the DIY software route to evaluate Mobiflight, which is based around FSUIPC7.

Thanks Paul… yes, I evaluated a couple of options on how to do this. However, being a computer systems engineer, my mind wanted to know how it is done, meaning, the hardware part with arduino and the software part with simconnect. That way I can control what/how to send and receive both ways.

I am not sating this is the correct way, it is for me and I understand not for everyone.

Thank you for the reply and happy flying!!!

I fully understand, good luck with the project as it’s a great way to learn and fun when things work.

I’m more interested in flying with all the encoders, switches, LED displays etc. So a generic software solution suits me, then I can focus on the cockpit. 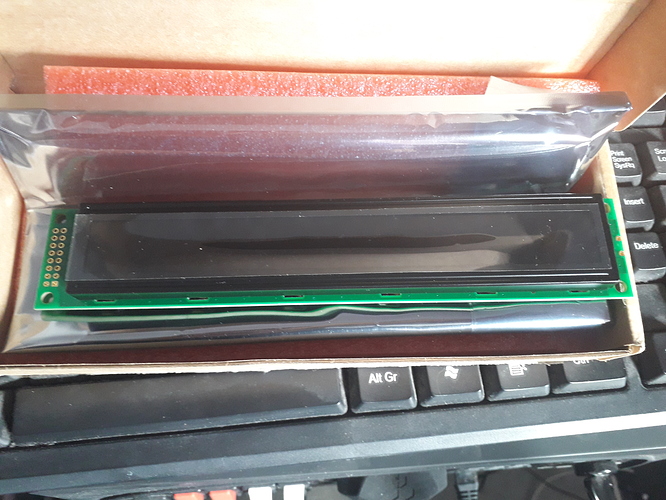 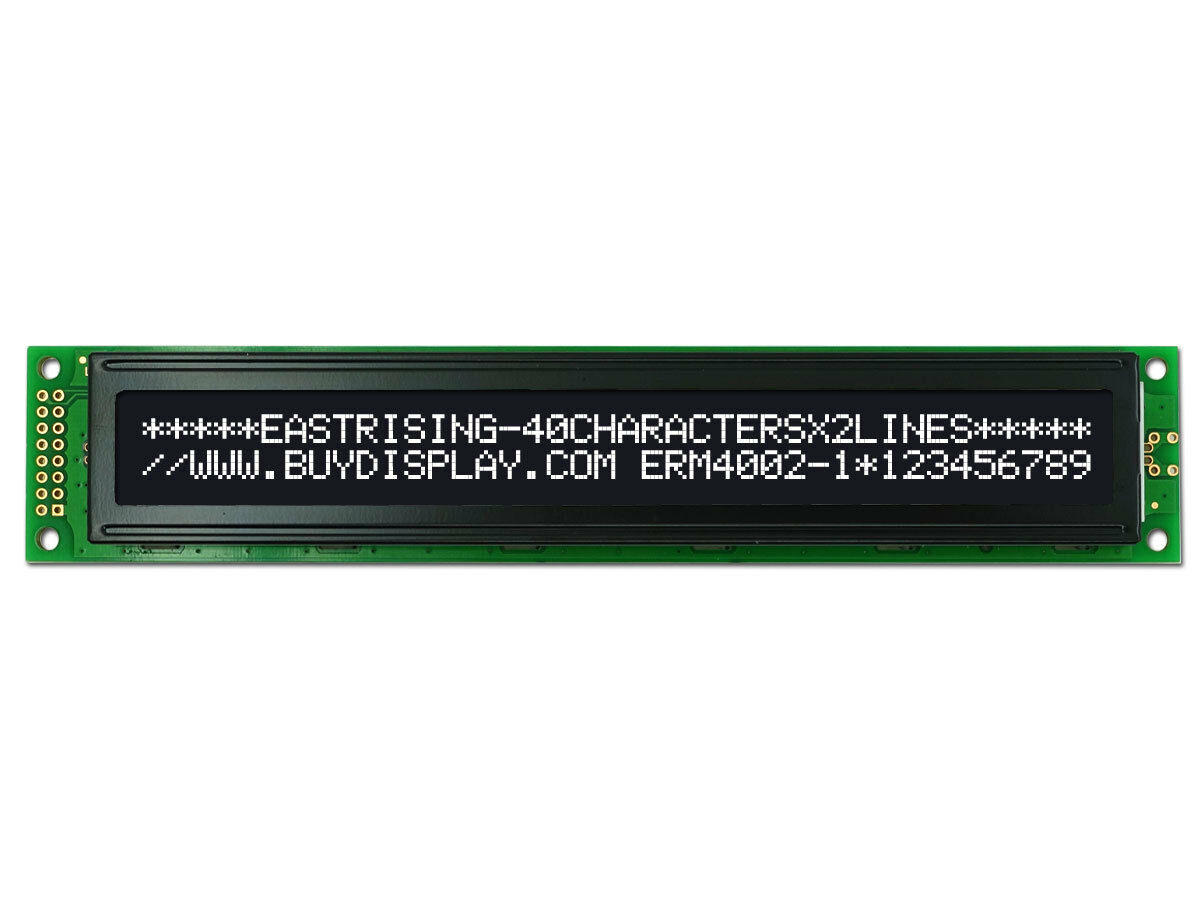 Keep us informed of your progress.

Exactly Paul… that’s what’s al about. Hope you can build and get all the controls via hardware. I have a 4X20 LCD on the bench waiting for the AP indicators. Hope the LED buttons arrive tomorrow to add them to my Poor Man’s control.

That’s a nice 2x40… and a pretty good idea for the AP… also, keep us in the loop with your advancement.
That is the fun part of resolving a problem, its many ways to solve, as one of my college professors used to say.

that is on OLED display yeah? i know for sure the generic 7 segment LCD’s work no problem with mobiflight, but i’m also keen to see if the OLEDs will work… coz they look way cooler

At least the i2c oleds don’t work with mobiflight as far as i know. That was at least the info i found when i checked the project the last time.

It would be so nice if they would support them, because then we could daisy chain many small oled displays with just 2 pins.

The SPLC780C controller has the classic 4-bit LCD interface.

I’ll try to replicate the Airbus spd, hdg, alt, vs display, which is the same order as Boeing.

oh wow. keen to see how you get on… would appreciate if you keep us posted… also keen to do something similar - looks much nicer than the normal 16x2 LCDs.