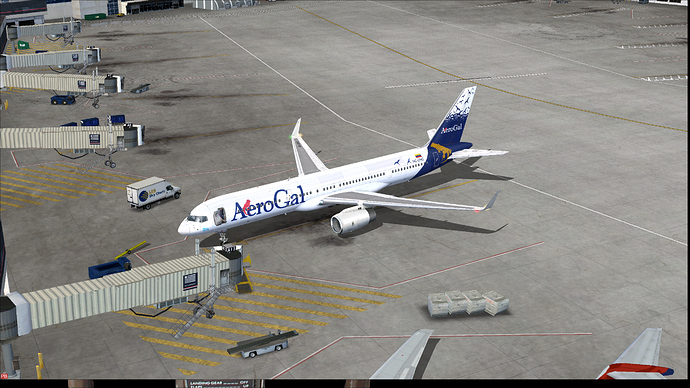 Why dont you contact them directly and ask captain sim? Dont think this is the correct place to reach them.

I have also studied their forums… absolute nothing but absolute radio silence since the new Flight Sim was announced in 2019, nothing after the FS release last year, and nothing this year…

“let`s keep our wares only available for the handful of people who still fly prepar3D.” is the motto of developers who create a photorealistic superb plane but outright refuse to release it after having it finished…

It want this freighter 757 plane for several years now and the new flight sim was THE CHANCE to fly this beauty with new state of the art environment and cloud graphics in the new Flight SImulator.
But nope. Radio silence forever from Captain Sim about the future of their plane(s) because I also want the beautyful L1011.

We’ve moved your post to #third-party-addon-discussion:aircraft so it may get proper focus. This is a new section since you posted this message. Feel free to discuss any Third Party aircraft here. Thanks!

Basically, from reading an earlier thread on this elsewhere, CaptainSim has no plans for MSFS at this time. They don’t think it’s a valid sim. They don’t even think FSX is a valid sim and MSFS is even worse in their eyes. It makes me think they will remain a P3D only shop.

But the SDK is in no way an issue IMO if PMDG says it’s fine. It never was

Their dismissal of MSFS was pretty clear to me: they literally said MSFS is MS Flight 2.0

Please provide a source for that. I have never seen such a statemant from them, quite the opposite.

“For now, in terms of complex aircraft add-on developent, we do not see any MSFS2020.
All we see is MS Flight 2.” -Captain Sim

Well, that was before MSFS was released. In the same post he said “we will reconsider once we have development tools”. And on FB they said they will look at MSFS when the 767 is done.

And at this time of date, we all didnt know what MSFS will be, it could have been a MS Flight 2.0, MS has lost the trust from developers and customers with that thing. So i can not blame them to be sceptical at the time of the post.

No, that was September of 2020 - a month after release. It’s a pretty definitive way to slam a platform. A little tasteless in my book, but… what do I know? If they are willing to reconsider, it would be a good development, though I think a little bit of… damage control to walk back this disparaging statement is due. Unless you have a particular aversion to something, you don’t slap labels on it comparing it to a dead product, no?

Maybe not the best way to communicate in public, true. But lets see. Either they decide to give it a go, or not.

In the meantime, do you have any of their stuff? Do you recommend something over something else? The Early Access price for the 737-300 looks pretty alluring.

I have the 757 Captain III for P3D. I like it a lot, but opinions are always a bit controversial with CS, dont know why. For my standards the product is very well done. But i dont have other products from them tho.

Yeah, it’s that or the 737. Since there will be a new 767, I don’t see a point buying the old one, since I think it will be a new product and not a free upgrade.

“For now, in terms of complex aircraft add-on developent, we do not see any MSFS2020.
All we see is MS Flight 2.” -Captain Sim

PMDG thinks MSFS is a valid platform and so does FSLabs. Who cares about the opinion of Captainsim.

PMDG thinks MSFS is a valid platform and so does FSLabs. Who cares about the opinion of Captainsim.