Anyone used A Pilot's Life: Chapter 2?

Was just browsing SimMarket and noticed this new piece of software - “A Pilot’s Life: Chapter 2?” (released this week I believe) by SimBitWorld. Has anyone had any experience using it?

I did try searching the forums but didn’t really find any posts - apologies if I missed it.

I currently use Neofly (and am impressed with it) - anyone have any comparisons between A Pilot’s Life and any other career mod out there?

Haven’t seen anything myself, however @dTwotonemurphy did a spotlight of it a week or so ago. 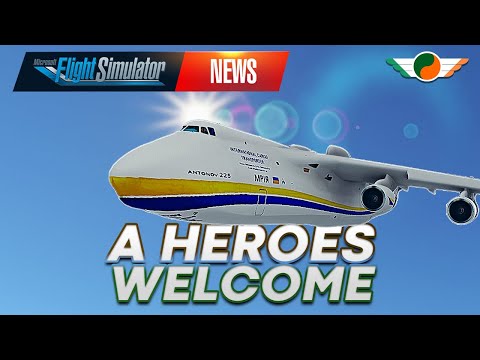 Thanks so much. It looks quite interesting - seems to simulate a pilot’s career rather than an airline management career mode. Seems really interesting - might give it a go sometime.

I picked it up, and really like it so far. You’re correct that it’s much more flying and career-oriented than Neofly (or Air Hauler, or Skypark, or FSEconomy). You sign “contracts” with airlines, and get schedules that you then fly in the sim, for which you’re paid an hourly rate. There’s no cargo hauling, or aircraft maintenance, or anything else like that – you just fly.

I think the strength of it is that it uses a third-party service to pull actual airline info – schedules and equipment – to populate its data. So you get scheduled flights that are actual scheduled flights. Also, it has GREAT synergy with SimBrief. There’s a one-click button that will open the SimBrief dispatch page and populate it with all the relevant information, easy peasy.

One thing to consider, though - you have to “buy” licenses – the equivalent of type certifications – for specific jet families, and they are somewhat costly relative to the earning rate in the game. The scheduler won’t give you flights that have equipment you’re not licensed to fly. The software gives you a good chunk of money up front, enough for 2 or 3 licenses depending on what you want to fly, but you still need to be careful that you buy licenses for planes that you have AND want to fly. (The A320 is the logical one to buy; I went with the CRJ and DC-9/MD-80 families for mine. The latter was probably a mistake; there aren’t a lot of airlines still flying MD-80 family jets these days.)

And if you don’t want to fly passenger/cargo jets, don’t bother. That’s all you’re going to be doing in this.

The software uses FSUIPC to monitor your flight, and evaluates you on multiple factors during the flight. At the end, you get a score, which is converted into experience points, which count towards increasing your rank. The higher your rank, the more likely you are to get a contract with the bigger carriers. I’ve had it running with Pilot2ATC, LRM, Volanta, and PACX all at the same time, and everything played nice together.

Hope that adds a little detail for you…

Thank you very much DaveR44 for your detailed review of your experience. It definitely fits the interest of my style play which is more focused on the flying rather than the airline management.

If you don’t mind, just a quick question regarding A Pilot’s Life, can you increase your sim speed (simrate) throughout your flight within the mod - that’s my only concern as there are some days I cannot commit to several hours - so I increase my sim rate during cruise. I’m sure this is possible but am just checking before I purchase.

Thank you again for your detailed analysis.

I believe you can speed up the simrate - I used to do this in V1 as well. Did not try yet in V2 however.

As concerns the licenses, its true that a “type rating” license is rather expensive compared to what we earn (but the same can be said in real life). Still you have the option to fly whatever plane you want. The license will just limit you to the available airlines and routes. I fly for example the JF BAe 146 while I have purchased the 737 license (with the upcoming PMDG in mind

Must say the developer did a great job - and he is also very accessible for questions and/or help.

Feel free to join the Discord: SimBitWorld - we have an active community

I have loved the first version very much this last year. Their philosophy: you’re a pilot so you just worry on the flight planning, weather and flying. Dispatchers etc. do all the rest. I love how it generates schedules for me to places I would never bother visit myself and I also love being in a region for a while, flying often back to one of the home hubs as a normal pilot would. It’s fun getting to know the routes and surroundings and it has made me more aware how weather is such a variable when flying; especially in areas you know.

I bought the V2 version too, its mostly similar but I havent used it yet as I’m reserving that schedule for the upcoming PMDG.

Just a tip, especially for early beginners: for me its more fun to fly for an airline with multiple hubs. It randomizes the schedule more than only one main hub.

i’m looking for that,
i would to buy
but its very expensive to my region

Just a tip, especially for early beginners: for me its more fun to fly for an airline with multiple hubs. It randomizes the schedule more than only one main hub.

Or a feeder airline for one of the big carriers. I’m flying for Allegiant, which is primarily a Delta contractor (flying under the “Delta Express” name I think) and flies CRJs. I get schedules that are mostly flying from [insert small regional airport here] to one of the big hubs like Atlanta or LaGuardia and back.

One thing that would be cool would be single-aircraft multileg flights, e.g. something like flying from LAX to DIA with continuing service to SEA or something like that. I don’t think APL does that, though, because their data source treats each flight as a separate item, even if the same flight number is used for the second leg.

Have used Neofly and FSE but currently enjoying Aviatife its free and well worth checking out to add another dimension to your sim, https://aviatife.com/

I often use A pilots life, currently employed by Easyjet. I thoroughly enjoy it.

Well I didnt realise Chapter 2 been released, I bought the original…may need to upgrade. Thanks for the info.

Its going to be a very expensive Month with all the new releases out.

Should really stop browsing this Forum

may need to upgrade.

Apparently they have a really good discount (I think about 60-70% off) for users of Chapter 1.

Bought it for full price (as I didn’t have Chapter 1) and am really enjoying it. The app itself is a little laggy but I can live with that. Really enjoying the scheduling and exploring new and interesting places.

Just purchased it on the weekend and made 4 flights so far. I enjoy it.
Was worth the 30€

I’ve purchased yesterday, and so far have done one flight. Very happy with this, and will definitely keep using it

In my opinion, chapter 2 is a little bit disappointing. Don’t take me wrong, is still a feature rich software, very detailed and well developed… But I (personally) don’t like the new licensing system. Let me explain: in chapter 1 you buy a license for every single type of aircraft. So, if you want to fly the A320 neo, you just buy that license and you’ll find an airline that uses that model. With the new “class system” introduced in chapter 2, if you still want to fly the same A320 neo, you have to buy the license for the entire Airbus A3xx family that includes other models that maybe you don’t have as expansions for the simulator… Resulting in finding contracts with airlines that maybe have just one or two a320 neo in their air fleet, and when you go to schedule you can barely generate few flights. I used the A320 neo just as an example, but think to the released pmdg 737-700, try and you’ll find that almost every airline uses the 800 version. But because you have the license for the 737 family, the program will allow you to apply for airlines that maybe has just 1 700 and all the others are 800, that you cannot fly. I have both chapter 1 and 2 and for now I’ll stay with chapter one. Am I the only one having these thoughts? Thanks for your opinion and happy flying

I hope you’re right, I love the new features that they added (other than the class system) and this would solve the only problem I have with chapter 2. I’ll definitely try it. Thanks for the hint

I do agree UrielMatt, I love chapter 1 very much and use it for almost every flight but with Chapter 2 this particular item you mention becomes a rather unnecessary real-world limitation that for me has no need in a simulated and entertaining environment. Just adding bureaucracy to my chill-out place.

Or in the words of Thomas Edison: Rules, rules?! Hell there are no rules here, we’re trying to accomplish something!

You can use every plane. There is a Button to Change the aircraft.
You only have to have the fitting licence regarding the airline