It would be great if one world update could be about Arctic and Antarctic.
It could contain for example:

As of today (Sept 17th, 2020) Antarctica is a big blank space except for the Coast outline.

Any plans to fill out it out? There are several research bases that would be quite the challenge to fly out of

That sounds like a project some 3rd party developers could come and do. Antartica probably isn’t high on the “to-do” list at the moment, but I would like to see it done. 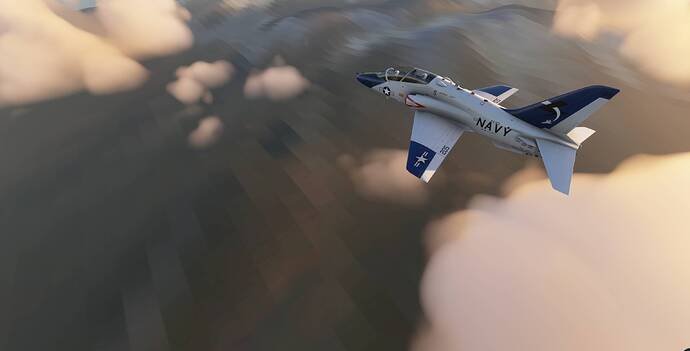 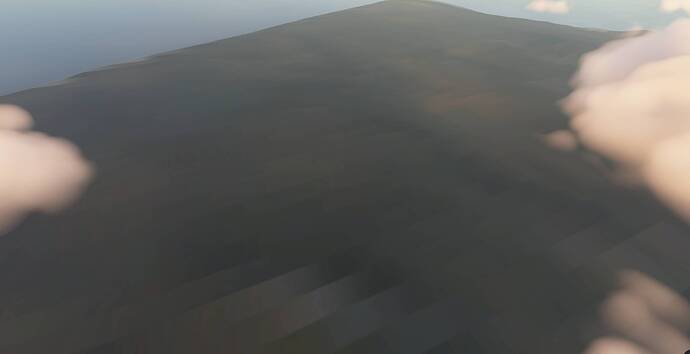 Honestly, I don’t expect them to release something like this any time soon… Too little flights done in the area. But yeah, Antartica has a few airfields in real life, but in the simulator, just one! Thank god for mods.

Would be fun to see what they come up with for a world update. Aurora Borealis and Aurora Australis? Yes please!

Canada’s arctic is sorely missing lots of airstrips, abandoned or not, all usable. I am slowly working my way through the DEW Line sites and adding a few, some of which are coming available on flightsim.to.

Also some small communities too, like Nain, Labrador, or Qikiqtarjuaq, Nunavut, which have a grass texture where the gravel airstrip is. These are now available as mods.

I think the lack of flying is partially due to a lack of airfields, on both continents, in the default sim. Last autumn, enjoyed flying along the Antarctic peninsula with mods.

Every airliner captain should see the YouTube video on Icelandair landing a 757 on the ice strip in Antarctica. Gives a new destination for those airliner aficionados

UPDATE: Two Icelandic airlines have landed on the ice, one a B757 and one a B767. 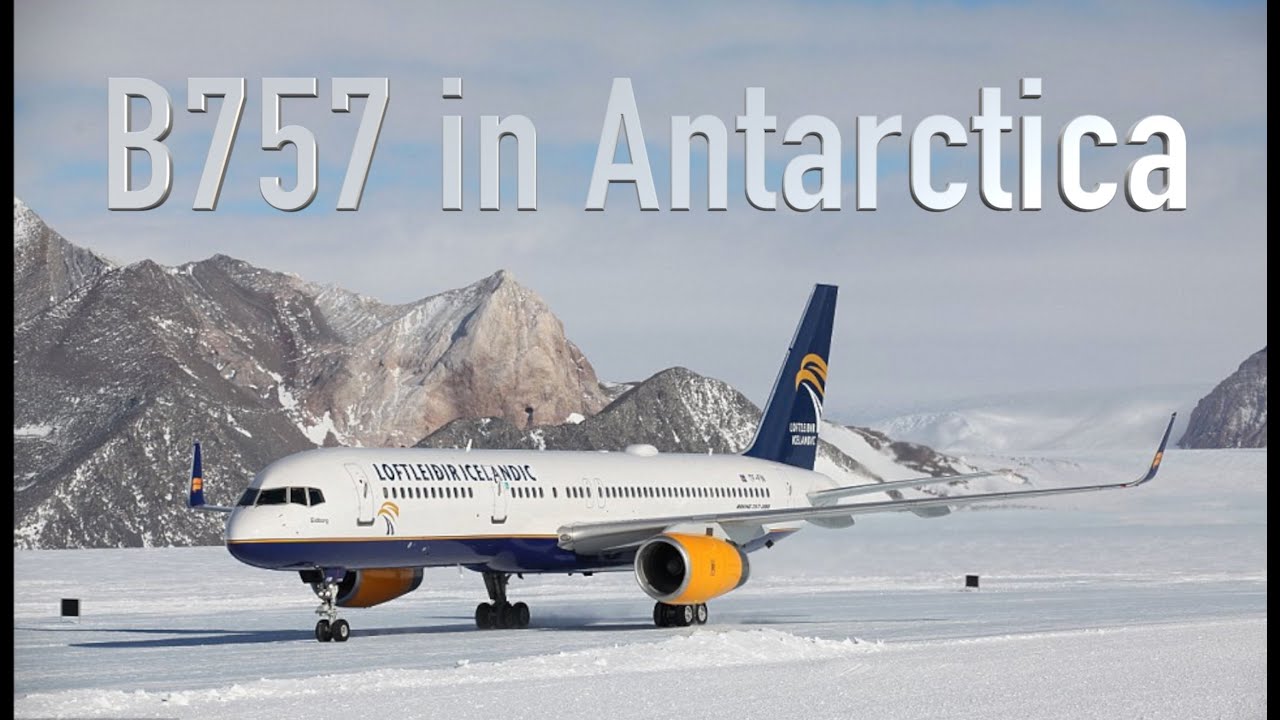 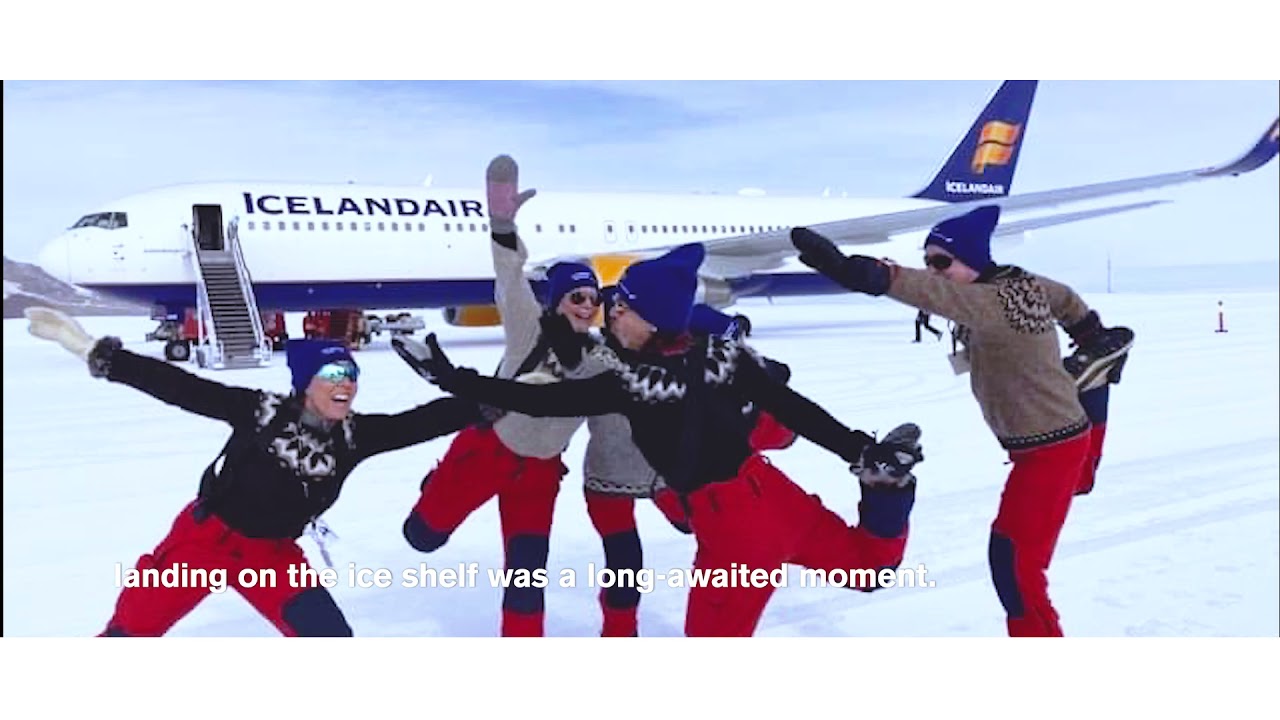 i’m not sure the sim handles Antarctica correctly.
some weird things happen flying down there and the vfr map gets confused as to where you are and heading. or maybe i’m confused. or maybe aliens. 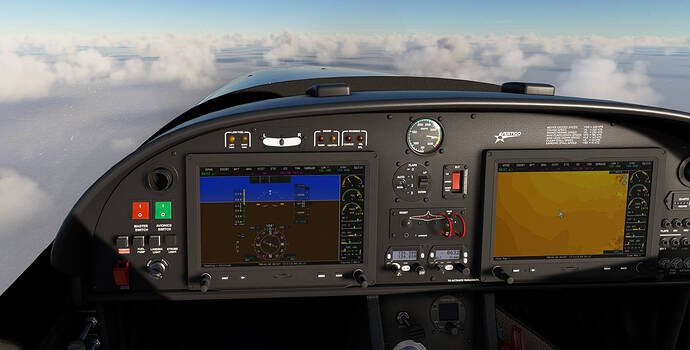 I would love to see an Antarctica update. I have been flying to some research stations on coordinates but elevation data simply stops a bit from the coast, and from 85 degrees south the ground goes missing entirely.

There is a lot happening down there 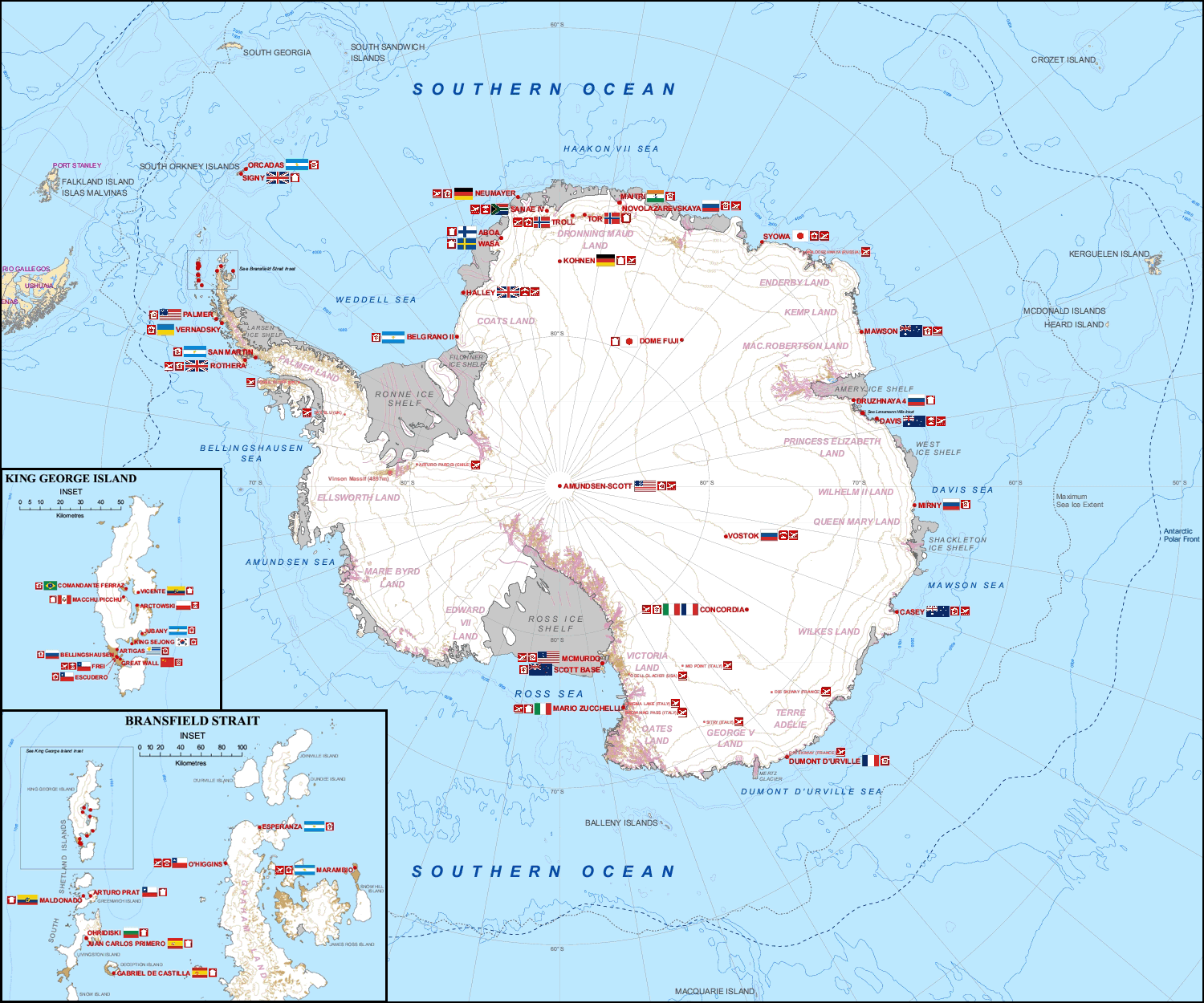 With a lot of beautiful scenery. But maybe sat data is simply lacking? Northern Canada has the same issue, very low res sat data and the north pole is ice free.

I have created or adjusted a few Arctic Canada airports, including Alert Nunavut. One is brand new, just added tonight on Paulatuk, Northwest Territories.

✓ CYPC - Paulatuk Northwest Territories Canada is a Microsoft Flight Simulator 2020 mod created by ARH64CDN. Download for free to enhance your experience in MSFS 2020.

✓ CYVN - Cape Dyer Nunavut Canada is a Microsoft Flight Simulator 2020 mod created by ARH64CDN. Download for free to enhance your experience in MSFS 2020.

✓ CYUZ - Cape Hooper Nunavut Canada is a Microsoft Flight Simulator 2020 mod created by ARH64CDN. Download for free to enhance your experience in MSFS 2020.

Enjoy - there are more coming when I find the time to create them.

I second this idea too. Maybe not as world update, but at least they should try and fix the elevation data problems, the bugs with mfd’s maps in the planes when flying there, and the sat imagery… The runways can be covered by third party, but the aftermentioned problems can’t.
There’s some pretty weird stuff going on in these places…

Continuing to add to the sparsity of airstrips in the Arctic, I have added two more this weekend.

✓ CYUW - Dewar Lakes Nunavut Canada is a Microsoft Flight Simulator 2020 mod created by ARH64CDN. Download for free to enhance your experience in MSFS 2020. 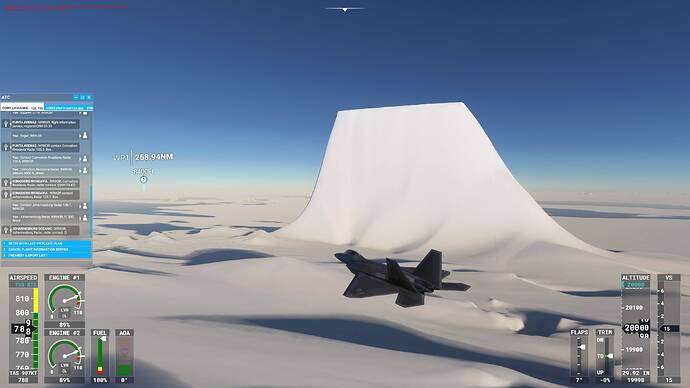 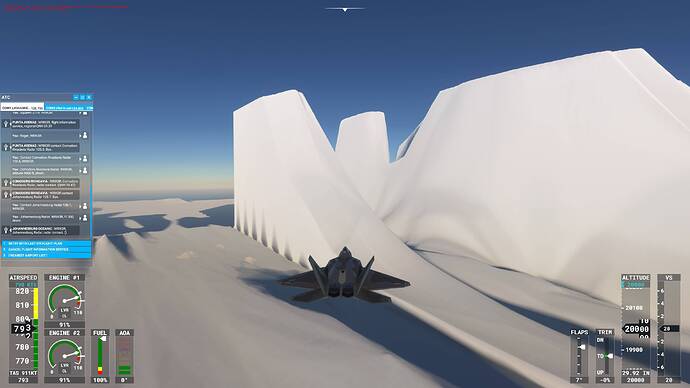 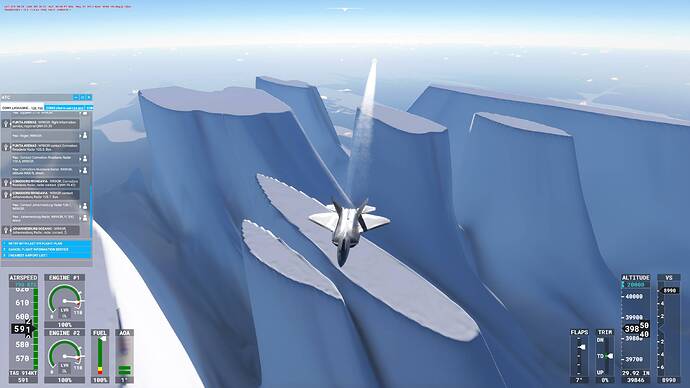 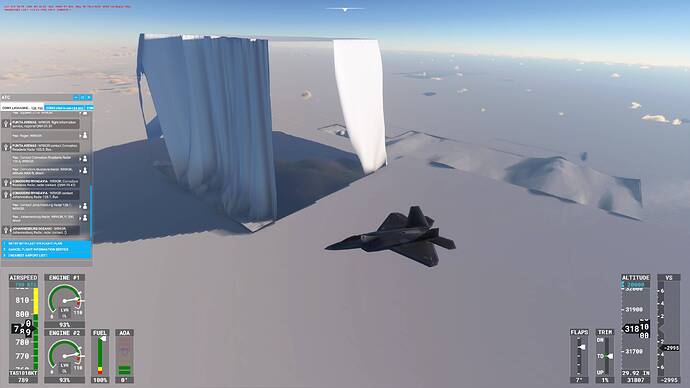 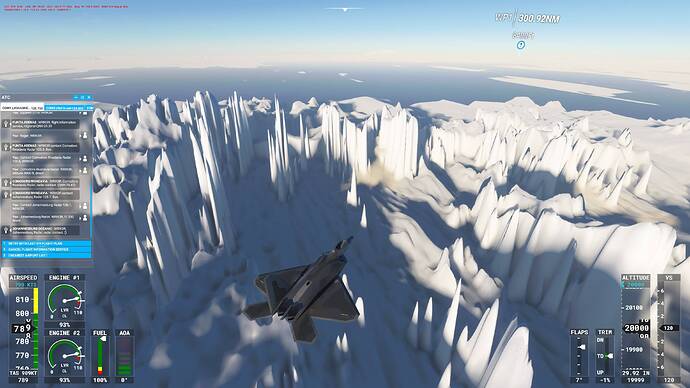 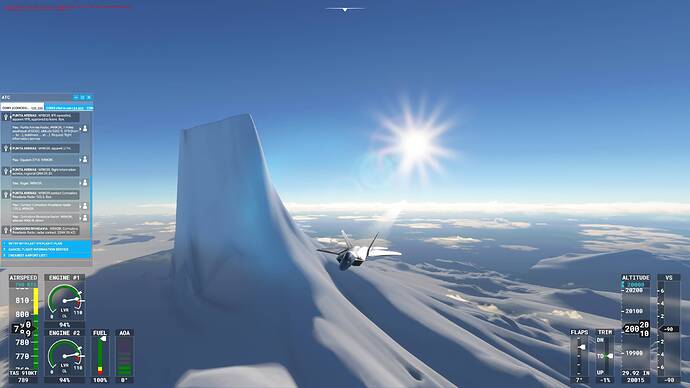 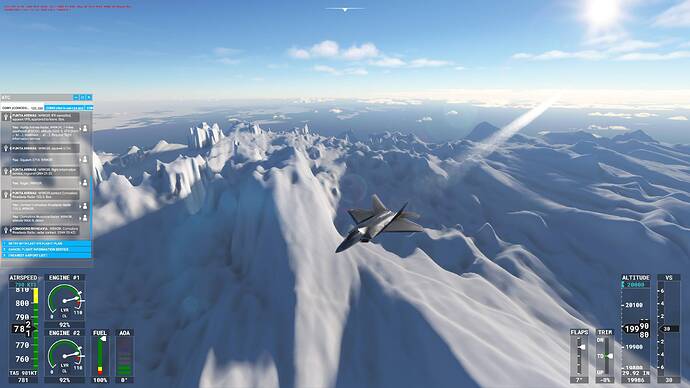 Ouch, some of that stuff looks really cool. Very wrong, but at least interesting!!!

Funny thing. Looking into this more there IS very good data presumably in the public domain for at least elevation for both arctic and antarctic satellite data! In standard DEM format. From what I can see at a glance, 2m for the Arctic and 2m to 8m for the antarctic???

“The Arctic, before we started, was one of the most poorly mapped places on Earth. It’s not anymore,” said Paul Morin, co–principal investigator of the ArcticDEM initiative, which has now released high-resolution digital elevation models (DEM) of 97.4% of the region. With this latest release, “we have a uniform product at 2-meter [resolution]” for all the land area north of 60°N latitude, plus those parts of Alaska, Greenland, and Russia’s Kamchatka Peninsula that are south of that point."

Researchers highlight the value of the time element incorporated into imagery and having a baseline for revisiting and comparing topography. Natural Resources Canada (NRCan) has recently produced a new release of the High Resolution Digital Elevation Model (HRDEM) product for the entire Canadian Arctic and made it available to download from the Open Government Portal.

DTM and DSM data sets generated south of the productive forest line are mostly generated from airborne LiDAR data, and provided at a 1 m or 2 m resolution, and projected to the UTM NAD83 (CSRS) coordinate system and the corresponding zones. 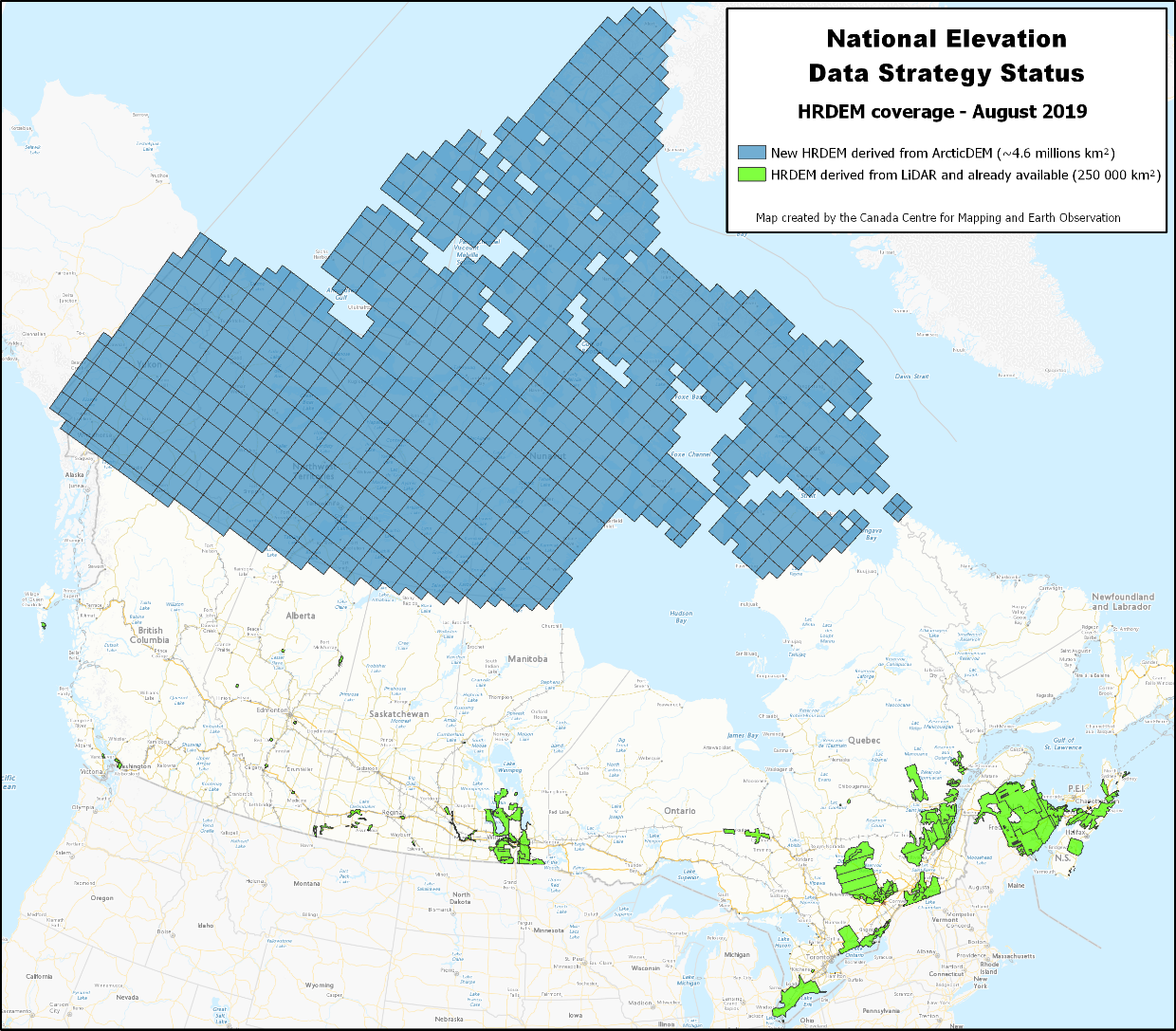 High Resolution Digital Elevation Model (HRDEM) product for the entire Canadian Arctic has been recently made available to download. This elevation data ...

We’ve seen a lot of good maps of Earth’s polar regions of late. A map that shows the thickness of the entire Antarctic ice sheet. Another that shows Greenland’s hidden bedrock contours in unprecedented detail. But a new terrain map of Antarctica is...

“New Antarctica Map Is Like ‘Putting on Glasses for the First Time and Seeing 20/20’
A high resolution terrain map of Earth’s frozen continent will help researchers better track changes on the ice as the planet warms.” 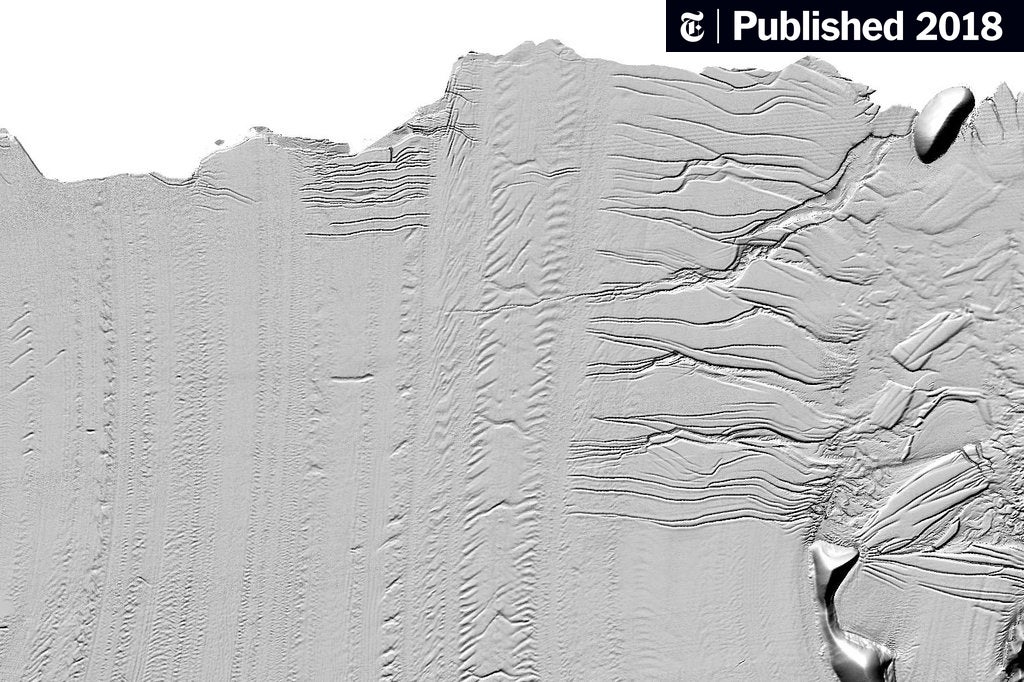 New Antarctica Map Is Like ‘Putting on Glasses for the First Time and Seeing...

A high resolution terrain map of Earth’s frozen continent will help researchers better track changes on the ice as the planet warms.