Todays lockdown flight in the sim was a recreation of a cross country flight that I made many years ago whilst building hours towards my commercial license. The route being Ardmore (NZAR) to Waihi Beach (NZWV), which at that time was famous for having an onsite American style café with great pancakes, the equivalent of the ‘$100 hamburger’ for local pilots.

I was flying the Asobo C172 again, skillfully repainted by @GentleDragon593 in the colors of the very aircraft I did my PPL and CPL training in back in 2009/2010. Scenery is a blend of Orbx’s NZ Mesh and @SpritelyNZ’s NZ Fauna addon. 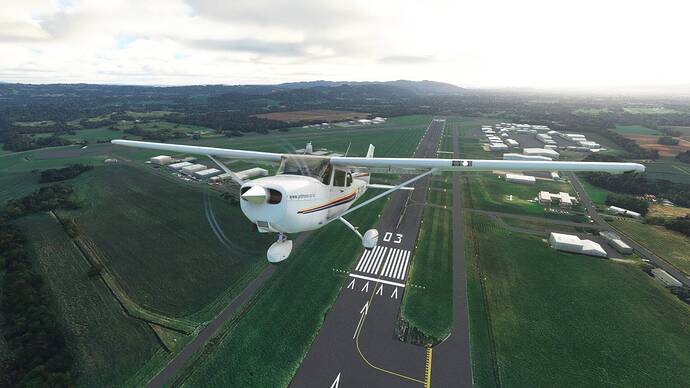 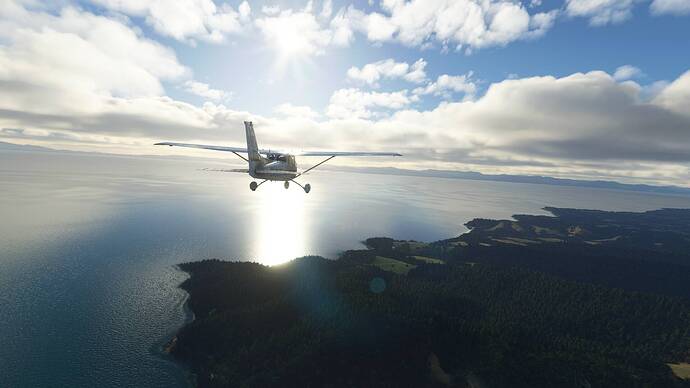 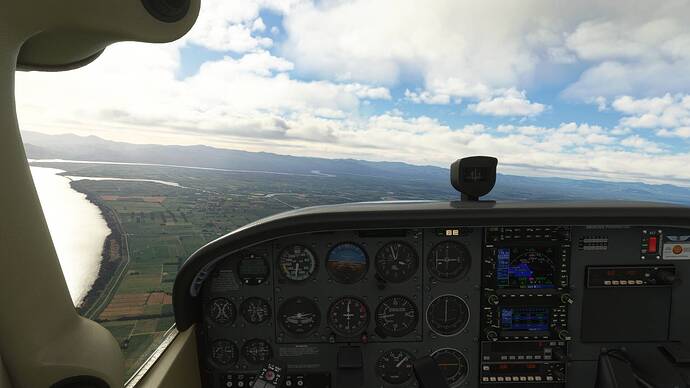 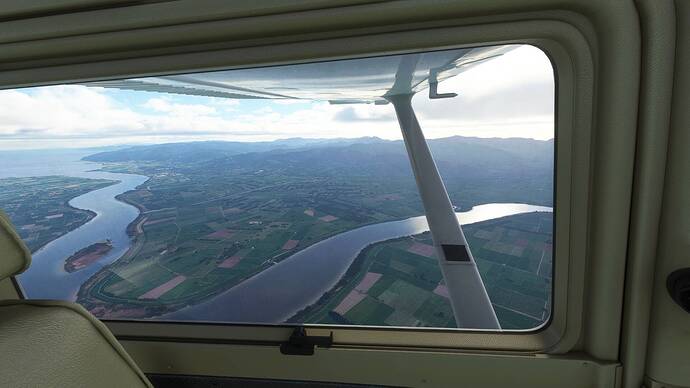 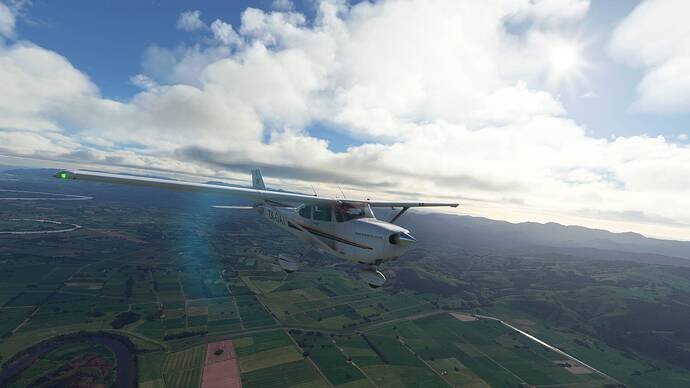 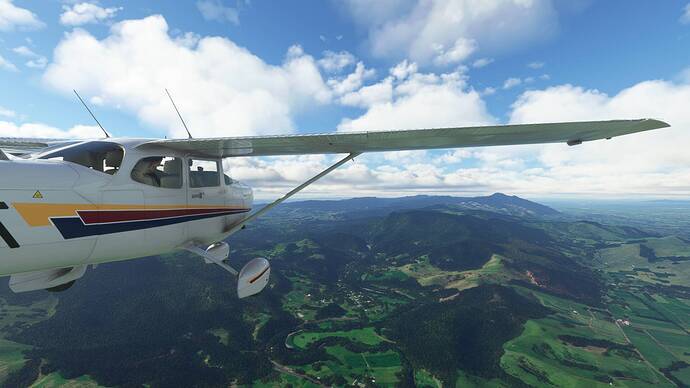 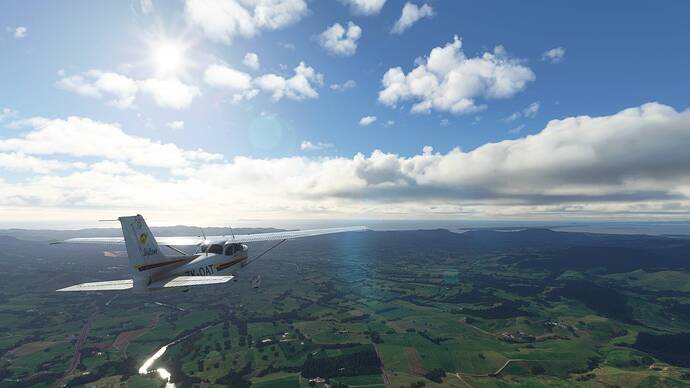 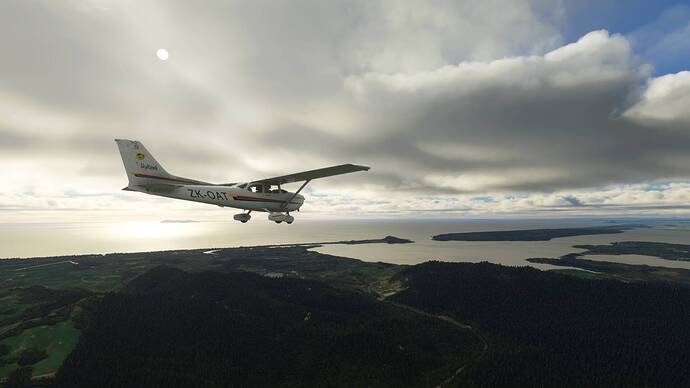 NZWV is a short grass runway airfield with a curved approach required to land on the northerly vector due to trees and a hill on the extended centerline. I don’t have any screenshots from the airport unfortunately as the sim made a rare CTD just after touchdown.

I’m not sure if this was an issue with the @STR1KEStudioz NZWV mod or a conflict with the NZ Fauna, as I had previously flown some circuits here with no issue. Waihi Beach is certainly worth checking out in the sim as great freeware on flightsim.to if you’re looking for some new airports to visit!

Further testing resulted in a CTD every time landing on runway 31, then turning around for a backtrack towards the parking area.

Perhaps this is something you might want to look into @SpritelyNZ? Using your addon has been the only cause of a CTD when flying in NZ within the sim on my system! 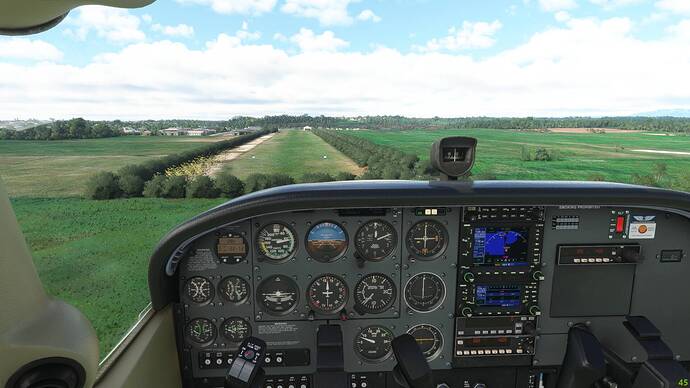 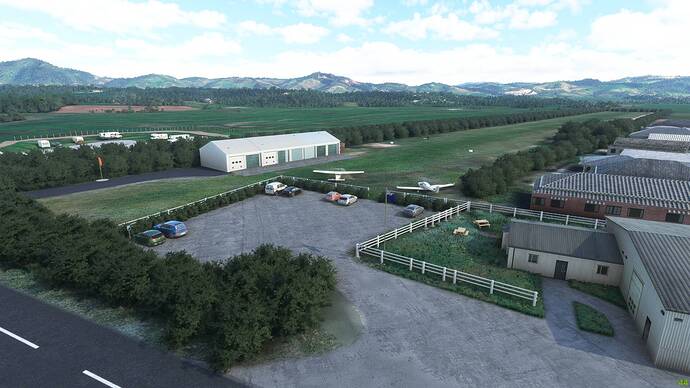