Areas not covered by satellite photos 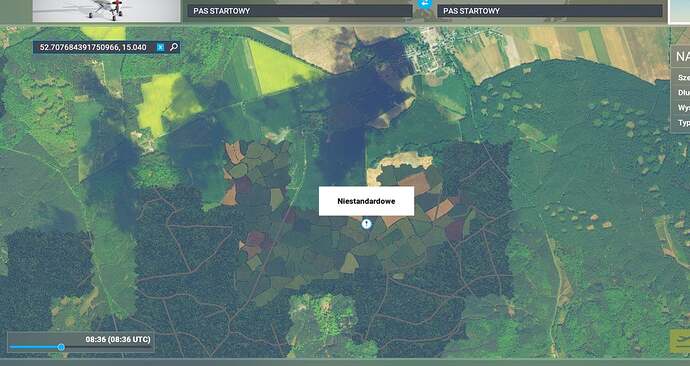 From what I can see on Bing Maps, this area has full satellite imagery coverage, however the part you’re highlighting is unfortunately covered by clouds (you can see their shadows being cast on the top half of the image). In these cases, offline textures are used to cover these artifacts.

It’s not a bug, just an undesirable presence of clouds during the satellite imagery capture. This is a problem for many parts of the world.

Thanks. It looks like you are right but i am concerned beacause some time ago there was no problem with these area.

Perhaps the satellite imagery was updated at some point. Although it’s in Poland, the co-ordinates are very close to the Germany borders, so it is likely they were updated as part of the DACH World Update (which was in September 2021).