Automatic pause before top of descent

I think this totally exemplifies how everyone uses flight sims in their own, personal way and how diversely the sim is used according to our personal circumstances and preferences.

I’m wondering if it would be possible to break your flight plans into several sections, boot up and load your final section in the morning according to how much time you have available to sit down at it. I wonder if there a way of setting a timer to shut down applications in windows after a scheduled amount of time? However this all sounds a bit fragmented and not very simulation-friendly.

Sounds like pause at TOD is pretty much what you need.

I used to fly the FF A320, which didn’t have a pause at TOD, but did have a TOD “waypoint” on the flight plan in the FMS. This provided a time at which I would need to be at the controls, to prepare for and then fly the descent.

However, RL can get in the way, so I eventually managed to create my own pause at TOD, by amending an existing user-provided function. To do this however, there needed to be a ‘distance to TOD’ system variable that was primed by the FMS of the aircraft, so this would probably be more likely to be a function that would be added to individual aircraft rather than to the sim itself.

Wow, let the guy sim the way he wants to sim!

You could try this one, which worked excellent in P3D/FSX and I believe has been tested in MSFS: Lorby Time Machine. 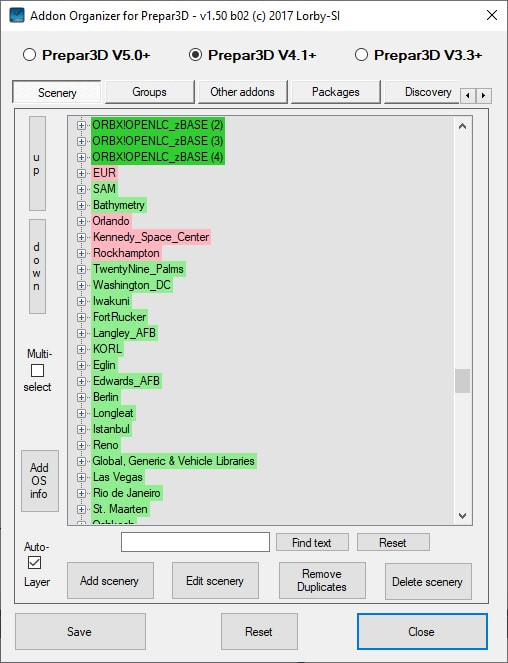 Safety notice: Someone is continuously flagging various links on this site as unsafe downloads. This is not the case! All Lorby-SI files are constantly being screened for malware, using Norton...

Sounds good! Is it compatible; I didn’t read that?

I think the author tested it out and said it worked. Couldn’t hurt to try it out!

Also, your antivirus might flag the file when downloading, but i’ve never had an issue with any of Lorbi’s files. They are a trusted 3rd party dev who has been around for years.

Another solution would be short hops, 1h max. Takes a while to get from NY to LA like this, but it‘ll be all high work load, adrenalin packed flying…

But difficult for crossing the Pacific, I reckon

That’s what I tend to do, albeit with slightly longer flights.

Apart from the 10 hour plus achievement trip, which i did in a 747 and returned at a time to ensure the top of descent hadn’t been passed, I try to keep my trips to no more than a couple of hours.

It would still be nice to do some longer flights however, without having to decline my other half’s very kind invitations to participate in real life passtimes.

Here is an idea, fly flights that fit within your free time. If you have an hour fly an hour. If you have 4 hours fly four hours.

Of course they do. They work in shifts on long hauls. And this is not real life

Let us know if it works! I’m also interested having the sim pause at a certain time or distance.

I agree that a pause at TOD or say pause 150-miles from destination would be very helpful. While I usually don’t miss TOD, it certainly happened many times on FSX. Even more so with shorter flights than say a long haul.

I don’t know what’s the problem with some people saying fly what you can schedule. Well for people that have demanding jobs or kids that might mean all night flying.

Right now I’ve barely had time to fly any flight during the day. A TOD pause would help with that.

I agree that a pause at TOD or say pause 150-miles from destination would be very helpful.

I already wrote a guide about this.

Do you want Pause at TOD (Top of Descent)? Here's a guide General Discussion

It turns out with FSUIPC7 for MSFS, you can still use old (like really old) programs designed for earlier FS versions that can connect to FSUIPC. Hopefully someone in the future can write a FSUIPC7 Lua script that can do exactly this for MSFS - there’s currently a “pause at X time elapsed” Lua script, but I don’t find that as useful as this method. Here’s how it works - with this method you can Pause at X nm radius from XYZ airport, navaid or waypoint. For jets I use 150nm from the destination …

I’ve been using Lorbi Time Machine for a week now and it works perfectly. I set it to pause at 160-200 miles from destination depending on aircraft and how the approach looks.
Already posted above but anyway - it’s available here:

Safety notice: Someone is continuously flagging various links on this site as unsafe downloads. This is not the case! All Lorby-SI files are constantly being screened for malware, using Norton...

I couldn’t find any time machine DL from that link for ms2020. Regardless I’ve un-installed the game for now. I’m waiting for some more airliners to get developed.

I believe the heavy division mod for 787 has this ability.

This is not quite the same thing, but may be helpful to you.

The HD 787 mod does have a pause at TOD feature, but it hasn’t worked for me as yet