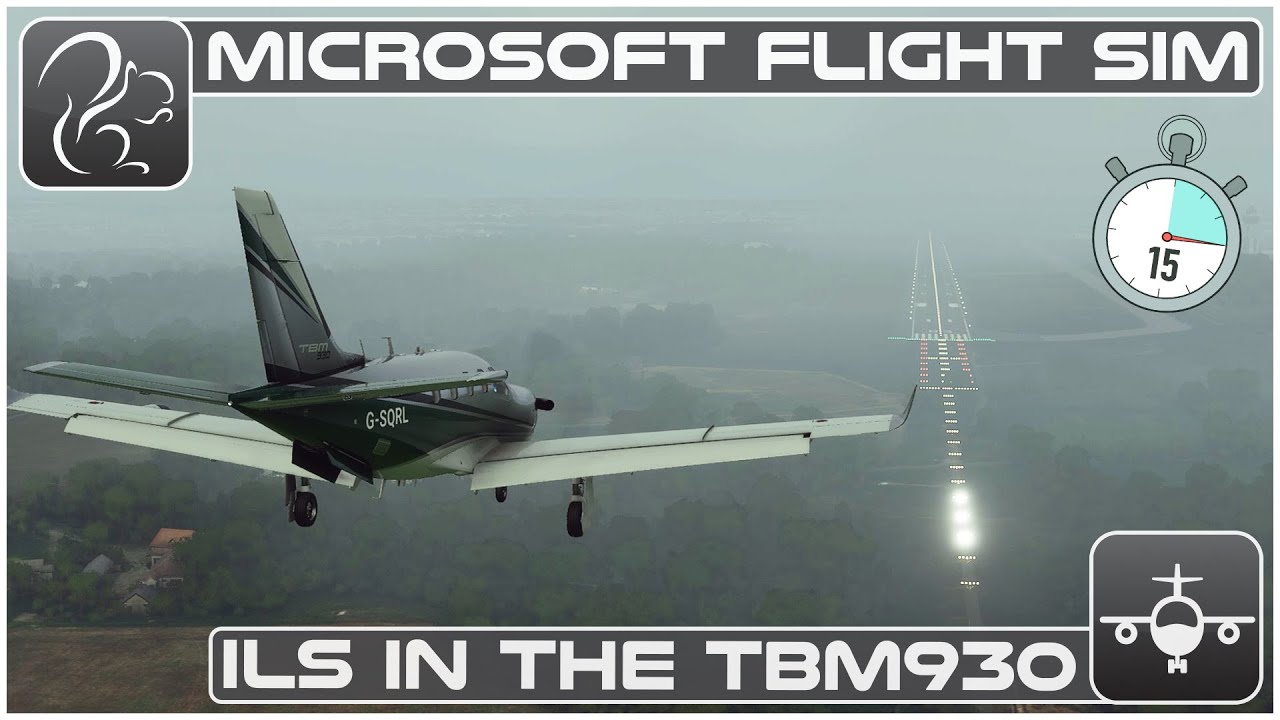 Excellent tutorial for a beginner to ILS. Been fumbling my way a round it with mixed fortunes at the moment, I was trying the method he touched on where you can programme in the automatic approach, but I didnt know which route to choose…whichever one I chose, it just seemed to loop me back to an earlier wp

What you describe is a bug, not something you did wrong. If you use the “procedures” functionality to choose the approach (and a transition) you will often see the system puts in a waypoint called USER or USR, which is not on the approach procedures and that waypoint is (always for me) at a point you have already passed.

This is not your issue, and is an issue Asobo needs to fix.

The video author is working around that by not using that functionality.

There are many glitches in the FMC systems across all the aircraft. But I find the TBM90 is the one aircraft where you can work around issues and get IFR to work – if you can side step the bugs.

Just as an example, that USER waypoint, in some aircraft like the C172/G1000, there is nothing you can do to work around that USER waypoint. You can’t delete it (it will delete the whole flight plan if you do), and you can’t activate a leg beyond that USER -> IAF path. IT just won’t work when you hit “ACTIVATE” it will do nothing. You can use the “direct to” functionality and that will seem to work, but it won’t really work because when you arrive at the IAF the FMC doesn’t see it and activate the next leg. THere is nothing you can do to avoid flying that USER -> IAF path – even if it means turning around.

But in the TBM, I have been able to activate the leg beyond this stupid USER -> IAF path.

But you will see other bugs in the TBM FMC. For example, when you try to activate a leg (as described above) it will often not put up the menu when you click on a waypoint – and hence you can’t click the "activate " button. But if you play with it, you can get that to come up.

Excellent tutorial for a beginner to ILS.

Hm, I think he made it more complicated than was needed. When he enabled HDG and switched to VOR1 he could have skipped the entire back to NAV and LOC bit: when in HDG enable APPR and both LOC and GS will be intercepted in one go. That’s quite a bit easier imho.

Thanks for the detailed explanation.
Yes, that sounds familiar with what happened to me last night on a flight from Heathrow to Amsterdam.

It ended up taking around 3 hours as I was constantly trying to work out what was going on. As it was my first ILS/autopilot flight in the TBM, it was a bit of a learning curve…without problems I didnt know existed.

I dont actually know how I got it to work in the end I had messed around with that many settings.

I remember watching this video yesterday and thinking “wow! doing it the proper way is far more complicated than I thought”.

I usually just select an ILS approach in the world map, then when I get near the airport, enable approach mode and hope for the best

Thank you, I honestly thought I was flubbing up ILS Approaches…that loopback happens and scares the $&@# out of me! So I’m checking the plan, making sure WPs are correct, etc., and all the time it’s a bug. As one learning ILS approaches, this makes the process interesting to say the least.