We still have a few feet of snow on the ground back home but it is steadily melting as the temperatures begin to climb. With that, it is time to start making my way back North from our winter base in Key West.

Before I headed South I finished my flying hours in the C152 and made my way down in the C172.

During this trip, I was able to complete my flying in 4 different aircraft.

We kept busy flying charters around Florida and the tropics

Got the first few flights in the Baron under the belt! I got my air manager panels built and Alpha / Bravo mappings completed. Took it for a test run from KOPF up to KTLH, procedural wise very similar to the Bonanza so was only a few more things to get familiar with. The G1000 obviously remained the same. I noticed that it can get away from you very quickly on the ground while taxing if you aren’t careful and the landing / taxi lights are less than ideal (I have been using UWA’s lighting mod o…

As well as a trip out to KRNT to tour the Boeing 737 plant and check out the airliner we’re hoping to captain one day!

KRNT - Down To The Minimums! World Discovery

The flight back from Renton was allot more direct then the one heading out but offered some nice mountain views among other things.

After getting back from Renton it was time to pack everything up and head to KOPF. Couldn’t ask for a nicer departure or arrival with the weather offering up awesome views which I probably won’t see again until next fall. 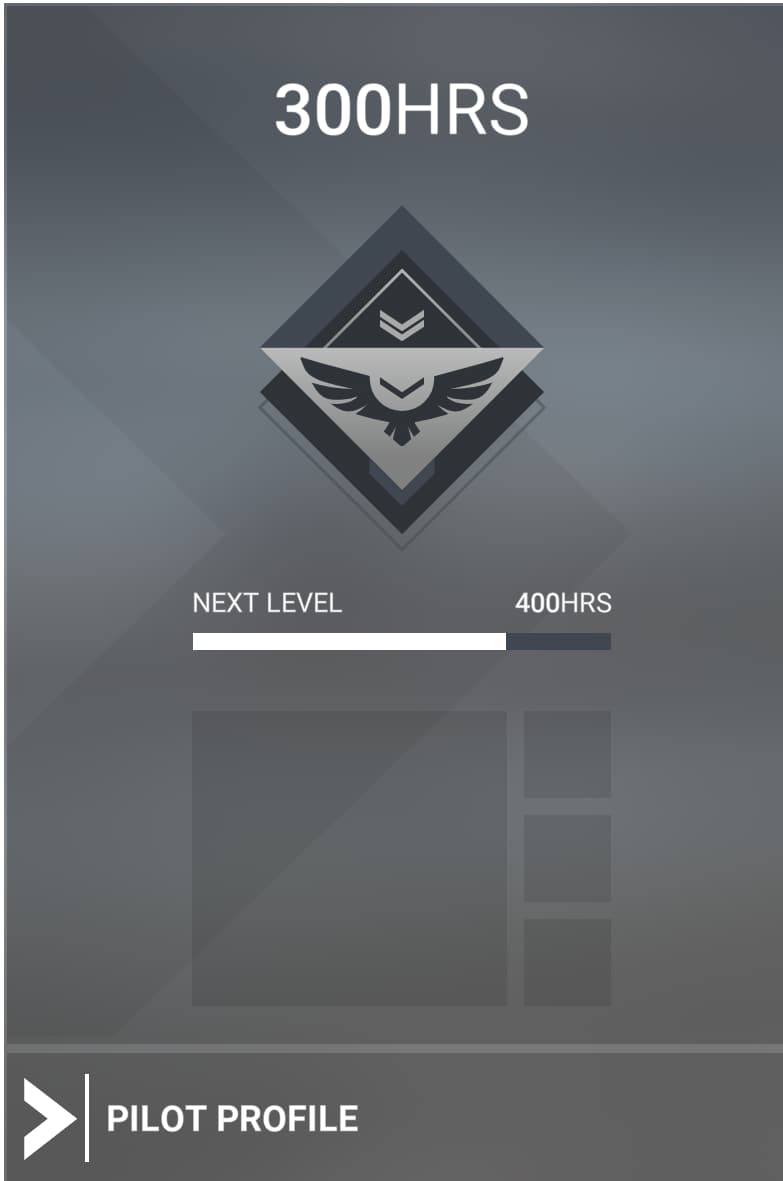 Now it’s time to swap out the keys for my new DAHER Kodiak 100 Series II.

I have finished getting my controls, profiles and panels all built and we’re ready to start making our way north to home base in CYTS. 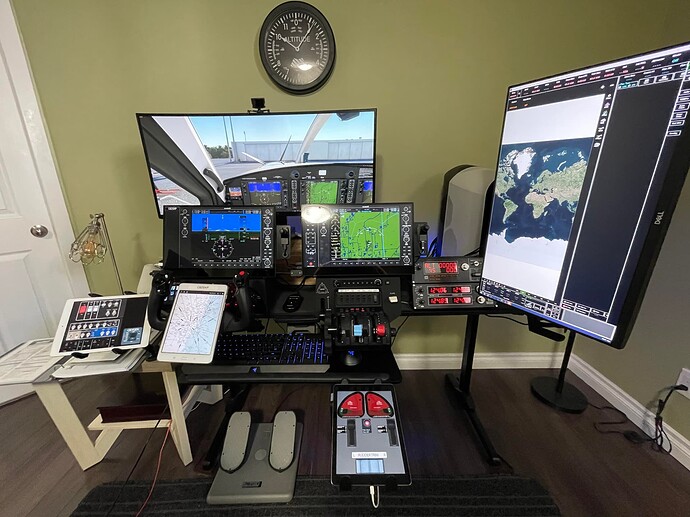 Once we arrive, I’ll start doing Cargo operations from CYTS up throughout the James and Hudson Bay Coast. These communities are cut off to vehicle access in the spring as the various ice road systems melt.

While Moosonee remains accessible by rail, all others are accessed by water or air.

Work has afforded me the opportunity to spent quite a bit of time in all of these places which I accessed via Dash 8’s and Helicopters. I’ve also taken the ice roads between the communities, but have not made the full trip up which starts in Cochrane Ontario. 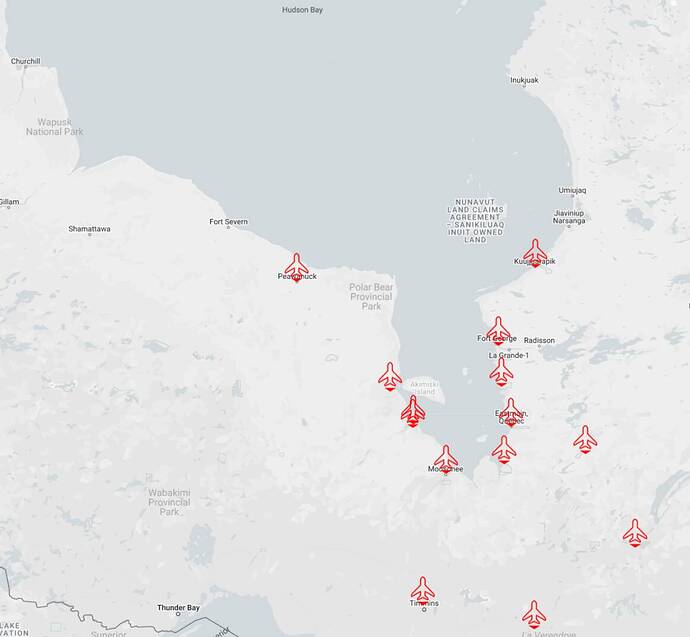 This map represents the various communities which are primarily serviced by Air Creebec who offers passenger and Cargo services. Thunder Air and a few other small providers also fly in and out.

While Moosonee does have a paved runway, the rest are dirt / gravel and not all have fuel available either so will have to take that into consideration during flight planning.

For now, time to make my way back home while learning the new plane!

What app is you avionics panel on the left?

The iPads are using Space Desk to act as monitor / displays and the instruments are using Air Manager.

Finally got a chance to get the Kodiak in the air and start making my way back North to home. What a fun plane to get started / setup and fly!

Feet were allot busier (staying cooridnated) then on any other plane thus far, and needed a few in flight corrections on the trims but other then that everything went smoothly.

SWS seems to have covered all of the bases in the modeling and didn’t leave any details out which makes the immersion that much better.

And as always, I seem to end up doing my first landing in a new aircraft at night. Good to add to the challenge! 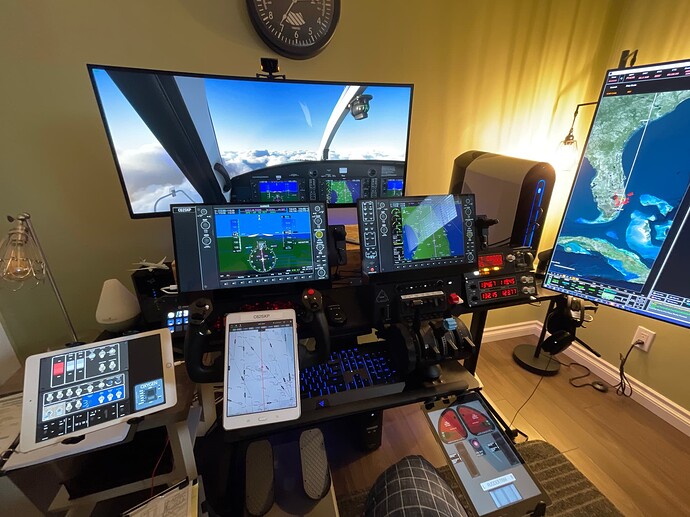 Out of curiousity, how does the Kodiak compare to the Caravan? They are similar sized single engine turboprobs with G1000 panels. How do they differ?

I’ve never flown the Caravan. I went straight to the Kodiak for first single turboprop.

@Crunchmeister71 could probably tell ya.

How do they differ?

One is default, easy to fly, and not terribly detailed. The other is the Kodiak.

In seriousness, the Caravan is a fun plane to fly. But it’s very basic. The Kodiak has had a lot more go into its systems and overall flight model. There’s a reason why people love it as much as they do. I was definitely not disappointed.

I am severely tempted by the Kodiak. I do a lot of IFR and I have gotten addicted to the G1000nxi