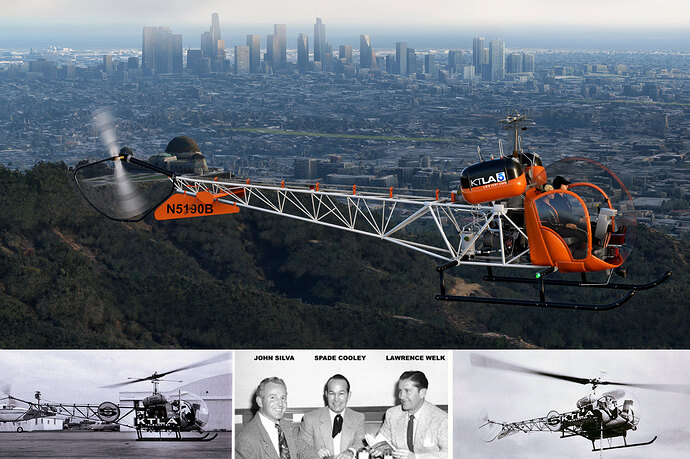 telecopter0011420×946 316 KB
As usual, when I buy an aircraft to use in any flight simulation, I do it because I’ve some interest into its history and performance. With the Bell 47G-2 I wanted the flying characteristics of a real helicopter, as much as they are possible to recreate inside a computer simulation, but I was also curious about its history, beyond the MAS*H series connection I was aware of. It was then that I found, among other interesting information, the association with the invention of the Telecopter by John D. Silva, a story that really deserves to become a movie. I wonder if anyone has thought about this before.

if you needed an extra reason to buy this helicopter, here it is. The article I wrote - Bell 47G-2 “Telecopter”: the first flying TV studio first flew 63 years ago - points to multiple options when flying the Bell 47G-2. Hope you enjoy the reading as much as i enjoyed searching for the information. I hope this story interests someone able to create a livery and version of the Telecopter to share with the community.

As apparently the website I write for is down at the moment - July 4th - you can read the whole story on Medium:

On July 4, 1958, when the first images from the hand-held camera onboard the helicopter were received by the engineers on the ground, news…

omg, so full of memories. where is this livery?

i read there is no Livery for this one…
i can maybee do one, but i need good pictures

I think he meant the livery in the picture above… 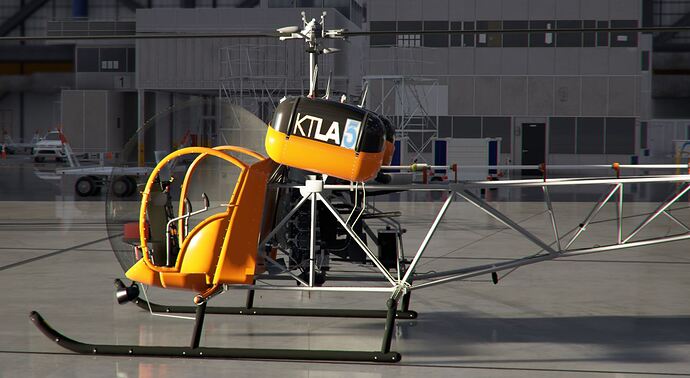 as is now i can upload?

There is no livery available… yet. I just added a logo of KTLA to some of the images I had captured in the sim, to use in my article about the Telecopter. The livery shown here by EasyRider7884 takes my idea a step further and is probably a good option for anyone who wants to simulate the first aerial broadcast flights, if he decides to share it.

It would be nice if FlyInside, that created the MASH livery and helicopter would make one for KTLA’s Telecopter following the original pictures available, which are not great but will probably be a good starting point. Those I publish here and some other available can probably be used to recreate aspects of the Telecopter. 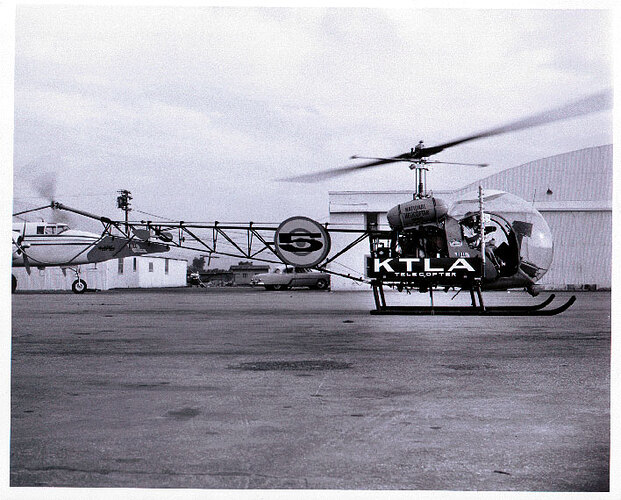 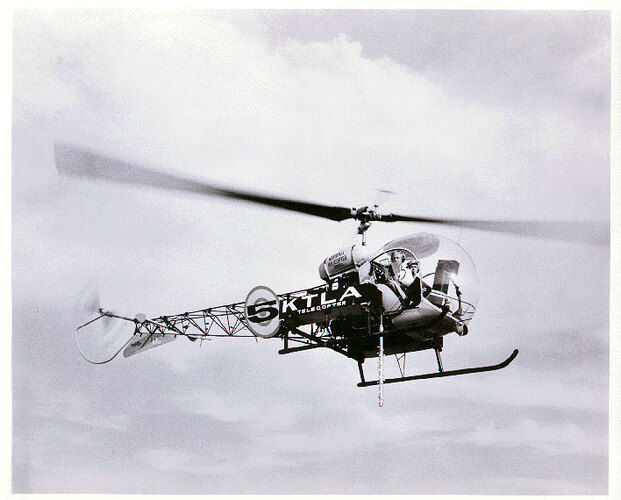 you can try,
it is not public at moment,if it work i open this…
so test and report please,i have not the time to do more at moment,
so take as is… 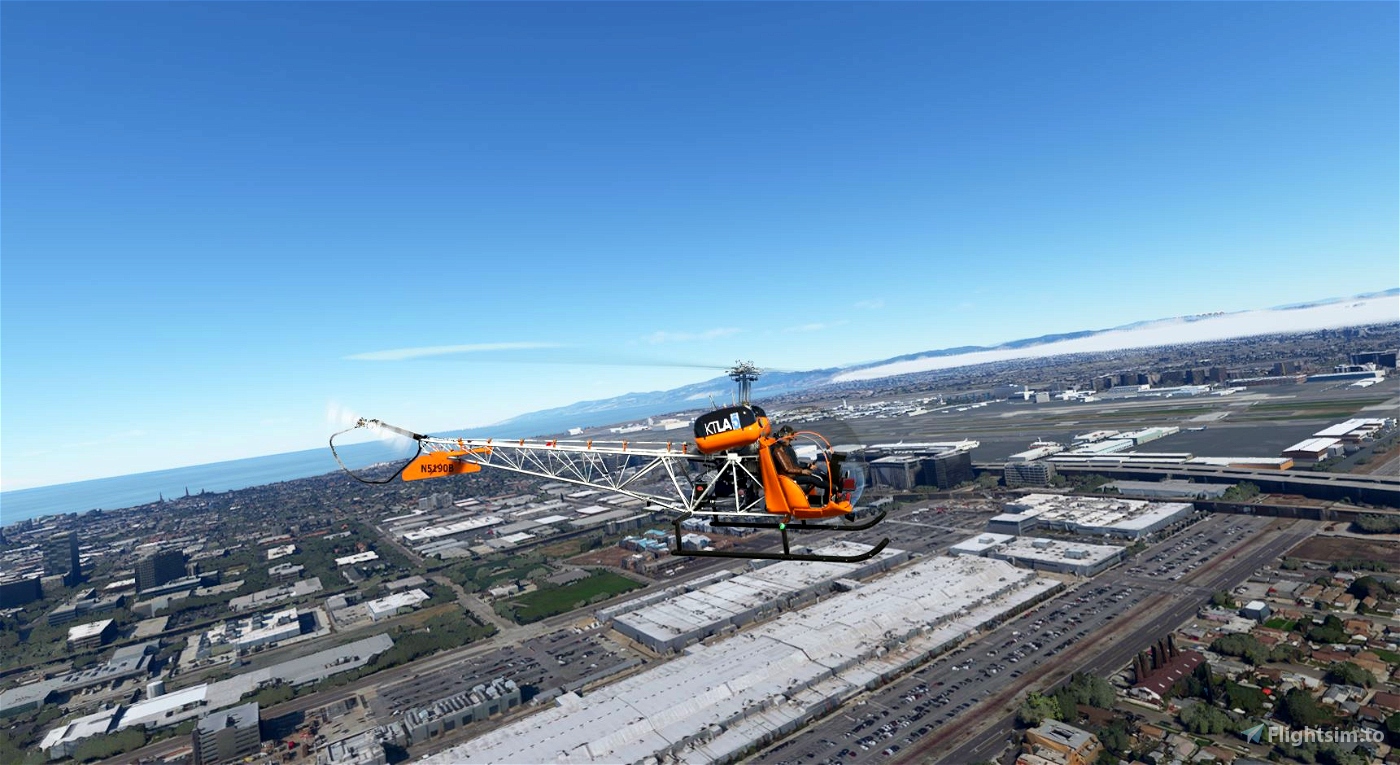 I just tried the livery created by Easyrider7884 and it makes it more fun to recreate flights with the Telecopter. I guess the livery will be available for anyone interested at flightsim.to later today. I just took the Telecopter to one of the iconic places related to its first flights: the LA Memorial Coliseum… inside Microsoft Flight Simulator.

While this is not the original livery, it may well be the starting point to get more people interested into this aspect of flight simulation. The article I wrote gives enough information for people to try and recreate some of the flights made with the Bell 47G-2. I share here one of the images I took today. Maybe someone in the community will want to recreate one of these initial flights and invite others for a “live” lesson of History. 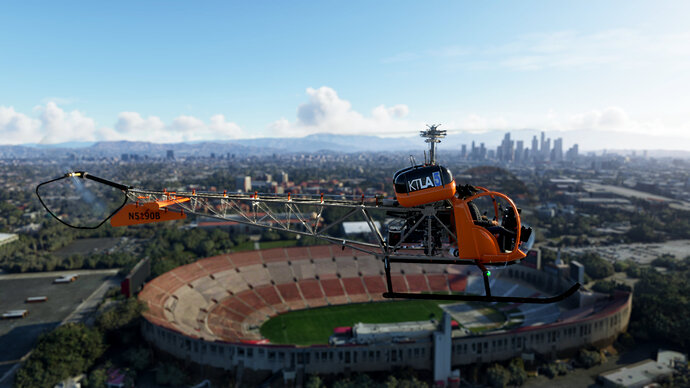 Thank´s for your report and test,nice picture

I can hear the LA Rams playing down below… Roman Gabriel!