WU_X USA POI Hearst Castle has a Big Red Bus sitting on top of the estate.

t/o from San Simeon or depart from POI and the bus is there. at times one can approach at a distance and the closer you get the bus appears and remains 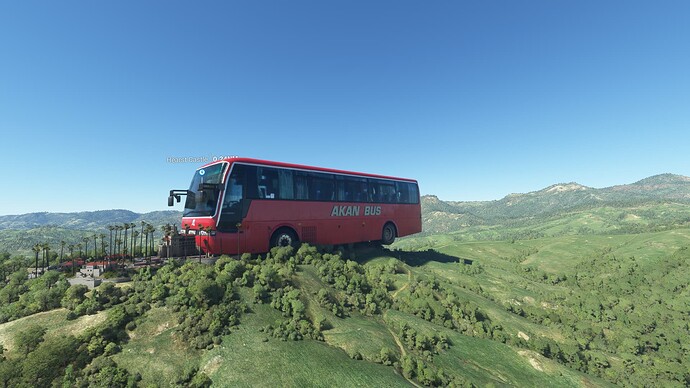 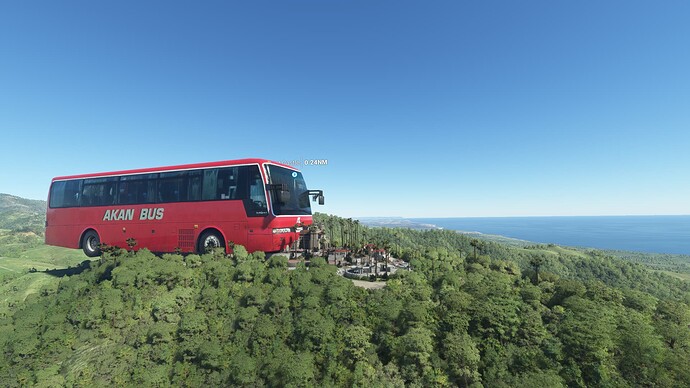 Hey @NoneSuch100. I just checked it out and do not see a bus. I have zero scenery mods other than WUs. You likely have some type of addon conflict. Suggest you clear out your community folder and check again.

My community folder was empty except for the Navigraph files. I removed them and quit to desktop, opened fs . t/o from CN66 from the field it looks okay . but as I approach, perhaps within ~1mile+ the giant bus pops up ands remains as I fly away.

Is there any scenery packages that you bought from the marketplace in your Content Manager in-game? It may be an artifact of something in there.

did not buy and scenery from marketplace. here you see the approach about 1.5 miles and then the sudden appearance as I approach within a mile 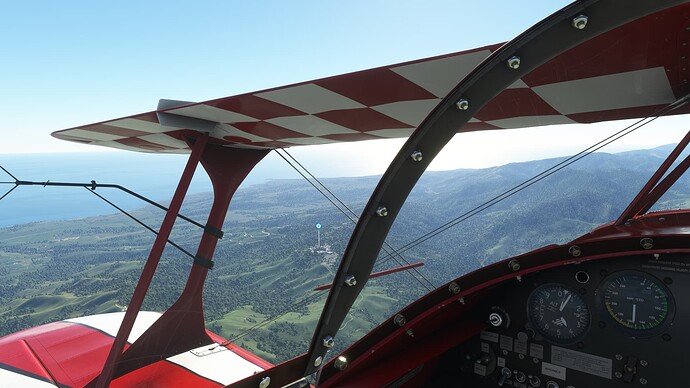 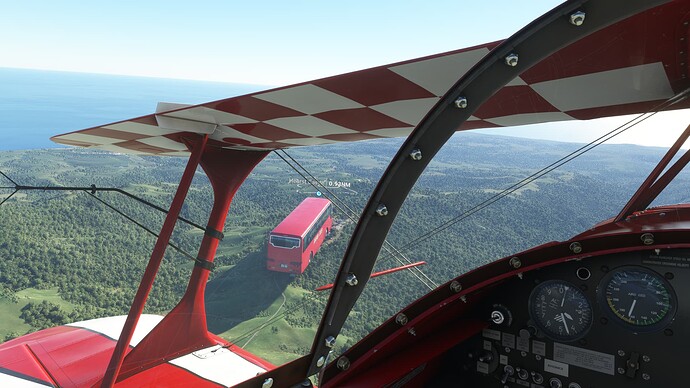 Very strange indeed, but it doesn’t surprise me. I guess you can consider it an ‘easteregg’ and forget about it.

Couldn’t see it. And my pass was in the Sting S4, low and slow. I could see people holding martini glasses, but no Big Red Bus.

Interesting, it seems to be a Hino bodied Akan Bus Company bus, from somewhere around Hokkaido, Japan.

Here is a real one: 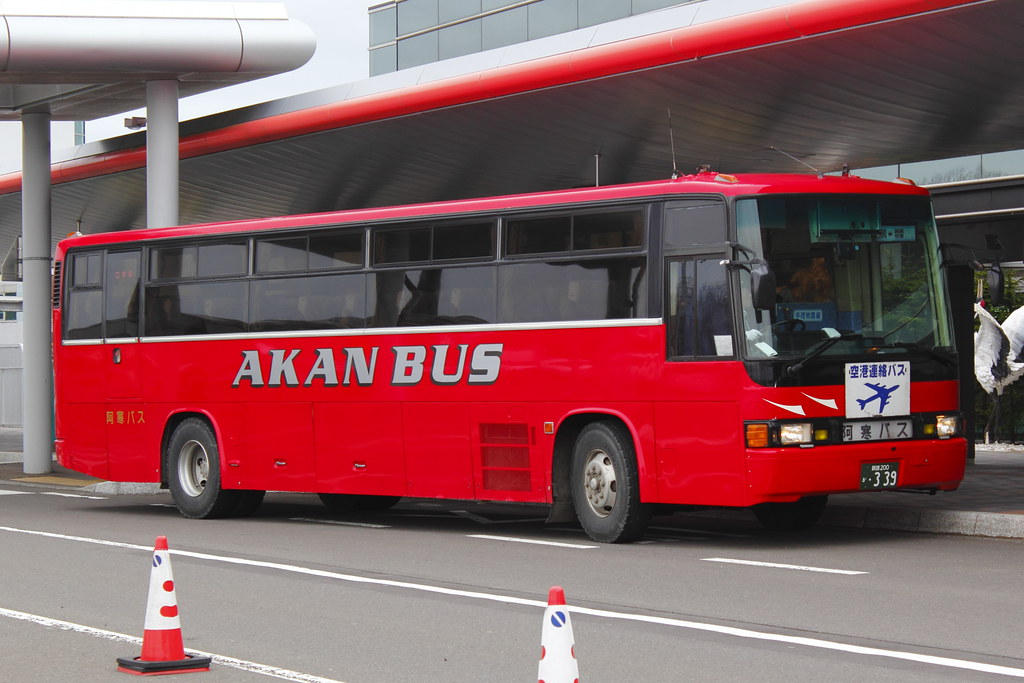 That sure looks like something that would be a 3rd party addon. Clear the sim scenery caches and indexes.

I’ll try your suggestion. Thanks

Based on your observation that the bus is unique to Japan, I deleted the MS Japan update and restarted FS. That removed the problem of the giant bus roosting on Hearst Castle. Appreciate the lead.

I will check this out as well.

I also have the Japan World Update.

@HethrMasn @Sartanius
Do you both have the Japan WU installed?

that is a vehicle from the RJTT airport scenery (or similar, some of the Japanese airports from WU Japan). One should not use those as a developer to place anywhere as they often get shown large for users. The size of them is messed up. Same for the other bus and the toyota taxis.
Often it’s normal but often also it gets shown large.

Do you both have the Japan WU installed?

Yes, I do. I have all the WUs installed.

I’m also not seeing the bus and I have all WU’s installed. However, I do delete rolling cache on each SU and WU before taking a flight.

I have all the WU’s, and not seeing the bus.
Regards