Black screen with the C172

It’s a known issue. Should be OK if you restart the flight.

In my experience so far, restarting the flight has FAILED to fix the problem 4 out of 5 times. We need a fix published.

Are you referring to the GPS displays for the 530 and 430? I am having an issue where they do not turn on. I couldn’t get the GPS to turn on at all yesterday but today they are.

The biggest issue i see is the fluctuation with the AMP readings. Not sure if it’s related or not.

the problem is more general and comes from the last update. I no longer have any screen that lights up everything is black. This is the case for C 172 and DA 62. I have not tried the other planes. I restart MFS 2020 but it’s still the same. It becomes painful to buy a game and not be able to enjoy it

the same (sometimes) with the 787, but when you restart the flight it comes back OK 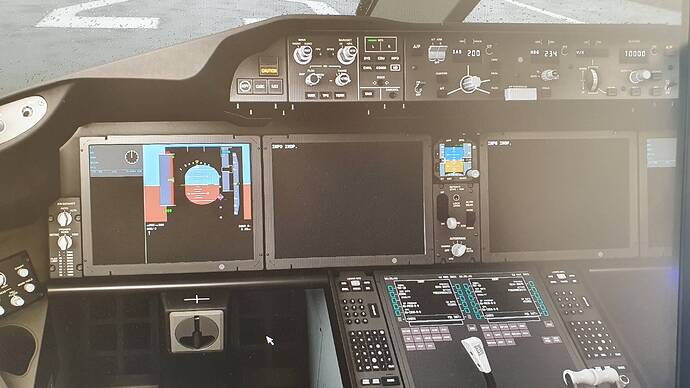 Do you have any mods, especially the one for 530/430 GPS? I think the latest update caused these to be incompatible and there’s a new update for it. I am not using any GPS mods. You also may want to check your AMP gauge. I was seeing some strange behavior. Another option is to check “Extended Battery” in FSUIPC.

Dame here. All my screens on every aircraft are black and a restart does not sort out my issue

This is very frustrating. I think the game is amazing but its not the first time an update has ruined it for me

Hello
I post a message because I find it unacceptable that no member of asobo can provide a solution to the fact that all the screens of the planes remain black since the update and that many of us have this problem. Unable to use MFS2020 due to this problem and no solution provided. It is not normal

Seems to be a problem with alternator not working. Aircraft electrics only work with battery power until battery dies, screens go blank, and radio is lost. Sometimes switching to copilot mode will fix it but problem immediately comes back when returning to pilot control. Bummer!

I just experience the same black screens a few minutes ago on the TBM and on the King Air! It is very frustrating to say the least. After three tries with two different planes I just gave up for the evening.

Same here. Garmins in the C172 and Caravan are blank.

After July 30 update and hot fix the C172 steam gauge radios are black, nothing changes after several starts.

I’m not sure why Asobo changed it or if was a mistake on their end but, it used to be $Transponder.

Also, if your GPS 530 and 430 are not working, make sure you remove any gps mods from your community folder. I used the GNS530 mod and had this problem of not turning on as well. I had to remove the mod, download the updated version for SU5, and then reinstall. Everything worked like a charm after that.