Bright sunlight when inside clouds 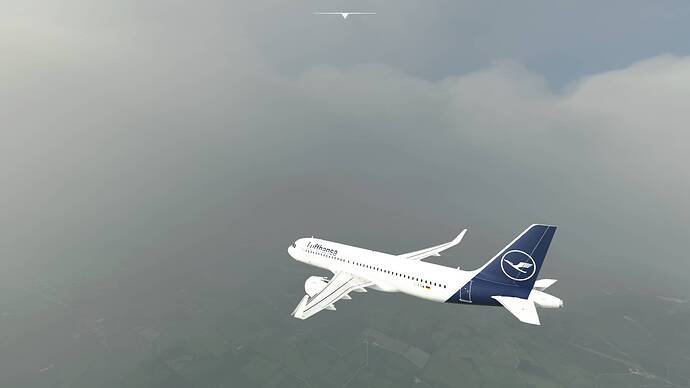 I can’t believe there aren’t more people who think that this is an issue! This was inside a thick layer of overcast over the UK today. I was right in the middle of it and the sun was still as bright as ever. 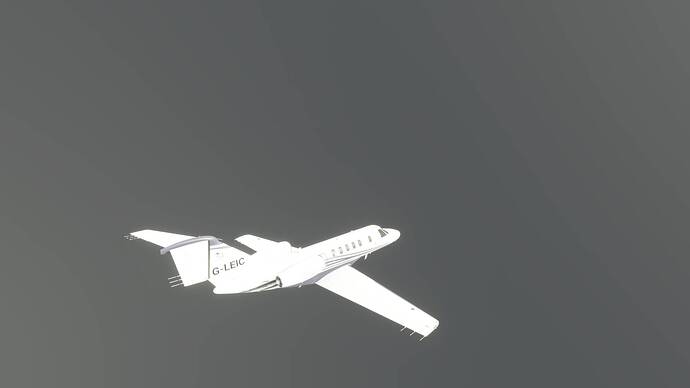 Vote from me - this is such an immersion breaker. Needs to get fixed.

Voted.
Hope this gets addressed soon.

Somewhat related is that you can see the bright sun through 6,000 feet of overcast. The scattered cloud layer underneath the overcast layer don’t seem to realize that they aren’t supposed to be able to see the sun. No matter what I set the coverage of the overcast layer to, the illumination of the scattered layer stays the same. 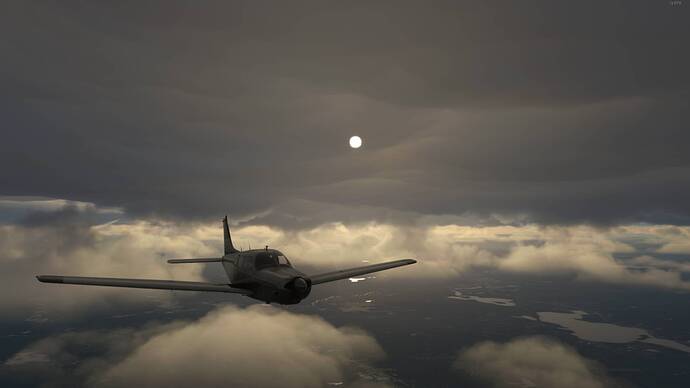 kind of the same issue:

Please tag your post with #pc and/or #xbox. pc Are you on Steam or Microsoft Store version? MS Store Are you using Developer Mode or made changes in it? No Brief description of the issue: When under thick layers of clouds or even under overcast conditions, sun reflection is still visible on the water almost as if there were no cluds. This shouldn’t be the case. Location of issue: everywhere Provide Screenshot(s)/video(s) of the issue encountered: [Captura de pantalla (1820)] [Captur…

Yes, totally related I believe. Great image to demonstrate this.

This has been around since SU3 I think. In dense cloud the plane is brightly lit - 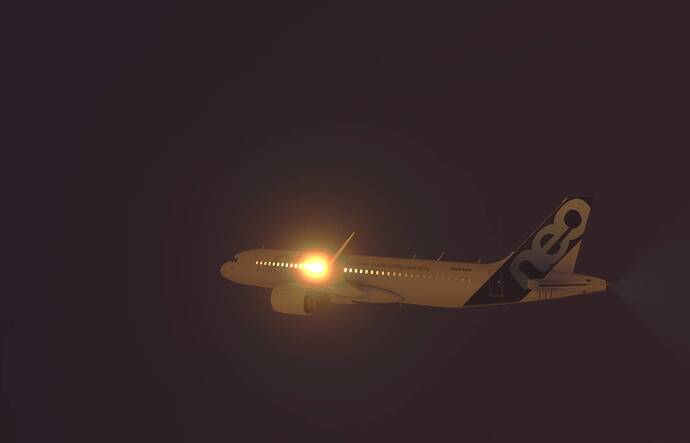 When it’s cold outside…well you know the song. So I think I’ve seen this mentioned but couldn’t find it but is everyone getting a fully lit reflective plane, reflections on the windows etc when you’re under clouds? Really takes the realism of a cloudy fall day. Is this something we have to live with or is there something we can change in the graphics section to make it less annoying until it’s fixed? Seems every update they fix something and break something. Last update the spoilers were broke. Now that’s fixed and the sunny day under the clouds bug appears. When will we get an update that doesn’t break something?

I am still surprised there are so few complaints about this. As ogu1271 says, seems most people, including the devs and testers I bet, fly CAVOK.

I miss punching into a cloud and it getting all dark in the cockpit. Use to give a real sense of reality. Not anymore unfortunately.

I’m wondering whether anyone is able to see whether this is fixed in the current test build that is being tested?

Thanks in advance.
Andy

I confirm this issue has not been fixed. I have reported it to Zendesk. What needs to be done to have it as “feedback logged” ?

This will never be aknowledged, let alone fixed. Obviously another product of something they changed to facilitate an xbox release. Awful

Ironically, not a problem anymore, haven’t seen a thick overcast layer (in live weather at least) since SU7.

couldn’t agree more. it pains, especially being trickt into this product and what it once looked like

release (some specular reflections but clouds can be inbetween the plane and the spectater camera also the plane is affected by the clouds covering light!)

Hello! Is this issue still occurring in Sim Update 10? Thanks!

Okay, thank you for the confirmation!