Hi, I’m getting significant performance impact with burning blue airport add-ons. Goodwood down to 15 FPS while Biggin Hill is hovering around the 20 mark. Anyone else, or just me? thanks. DLSS or not, doesn’t make any difference.

Nope cannot say I have noticed.
What are your PC specs and settings? VR or pancake mode?

Not VR. All was fine before the Sim Update 10…RTX2060 Super, i5-9600K. Settings a mix of Ultra, and low. Either way, DX12 has a negative impact with these add-ons from Burning Blue, Goodwood, Rochester and also Pilot Plus Biggin HIll. 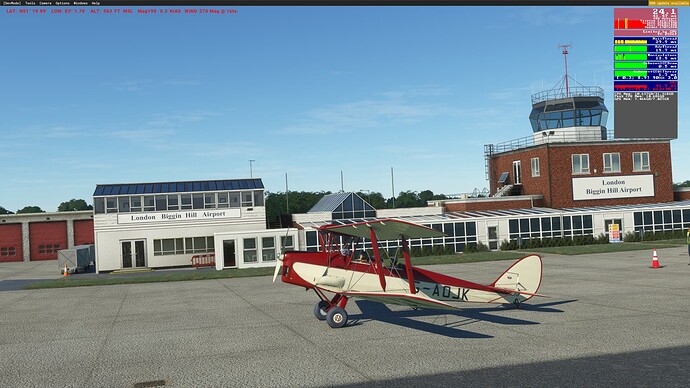 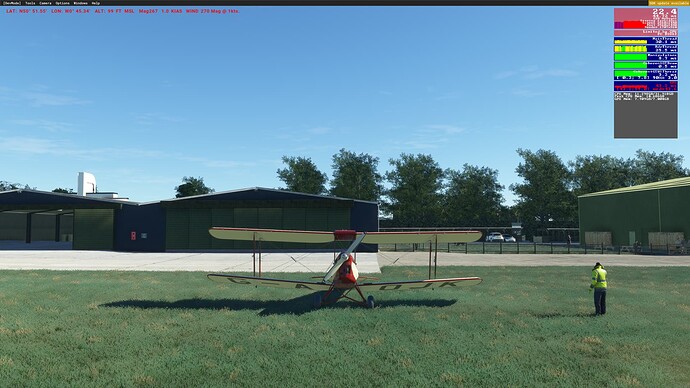 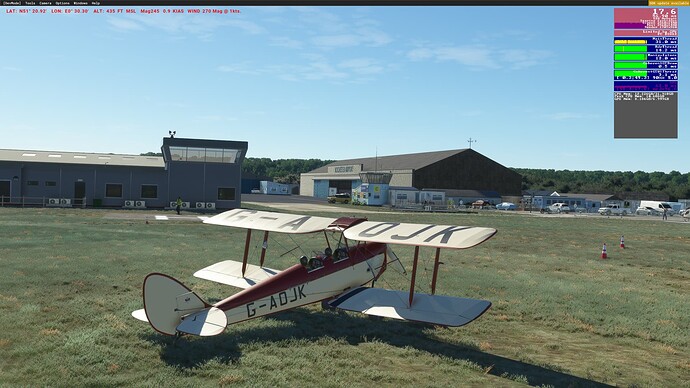 Your using all your vram up, you’d need to stay with dx11 or drop settings.

Exactly this, you are going over your VRAM limit, if your textures are on Ultra, reduce those down, you are on a 2060 with an i5, I would not expect to see anything on Ultra in the options. At EGHR my 3090ti will sit around 14GB of VRAM usage, its pretty intense.

I’ve rolled back as far as I can and that’s not it. There’s definitely something within the core code of SU10 that reads some scenery elements differently that’s incompatible with my particular RTX 2060 Super. I didn’t roll back the nvidia drivers now I come to think about it. Maybe thats it? Anyway, thanks for the input thus far…

Your using all your vram up

I’ve rolled back as far as I can and that’s not it.

Well, the very last line in the FPS counter in those photos show that all your available VRAM was indeed consumed by the sim.

I get the same problems around most payware airports, including Burning Blue. Sometimes it will sort itself out and return to +30FPS but can return at any time. Sometimes it will stay at -15FPS for the whole session. I find that restarting the flight can sort it out sometimes. I have noticed a new glitch that has appeared over the last few days. I’ll often get big stutters at airports now. It;ll freeze for half a second.
I know it’s all to do with memory and VRAM.

Here’s the probable cause: Sim Update 10 utilises almost 1GB VRAM less thus creating these stuttering issues. Why they should do this I do not know, but give me back all my 8GB 9RTX 2060 Super) then I’m sure the sim will fly smoothly once again! 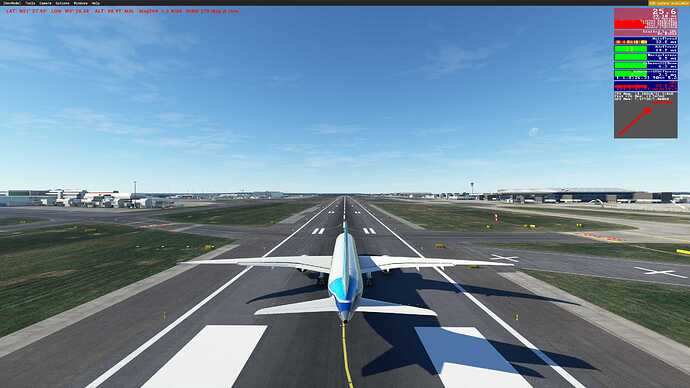