Just faced the same issue in the Longitude. Never had this in the TBM. Strange behaviour.

Me to, I had this Freeze of the Buttons as well over the last days in the Longitude several times.

Same here. Several different aircraft, both default and addon/modded. Currently in the 748 over the Atlantic with basically no way to turn any knobs or press buttons LOL Started for me after the update a couple days ago.

I tried as well several possibilities with mods / without mods. The only success was, when I disabled the multiplayer again. After that, the freeze did not show up anymore.

Same here, mostly with the A320NX and XCub. There are several other threads about this, seems to be no real solution yet. I’ve never had multiplayer turned on, and still frequently have this issue.

Here are some other threads:

Yes, agreed. The thing that gets me is this used to happen very infrequently, so it really wasnt a big deal. Maybe once in 30 or 40 flights. Now it’s every other flight, and often several times per flight. Super, super annoying.

I think we all sometimes are going to do something else on our computer, while we are cruising on a mid/long haule flight. Sometimes I tab out to long (I do use the windows key, I’ve seen the tab out bug, this is not the same case). When I tab in FS2020 again my aircraft animations no longer work. This happens time to time, sometimes it does, sometimes it doesn’t. What I mean with the aircraft animations no longer work for example, is that the engines don’t spin anymore, I can click buttons, b…

Hi there, I was flying with the king air doing some touch and go landings, after the third one all the moving parts of the aircraft freezed (ex: throttle, yoke animation movement, ruder/aileron on the external view). Anyone already had this issue/ know how to solve it? Regards.

This has happened a number of times with mutiple different versions of the dev but every few flights the cockpit buttons and engine animation will freeze for up to 20 mins, and then return. Not sure why.

I wonder if it’s related to an LOD issue I’m also seeing at random, but most often with the XCub. Is it possible that the plane is dropping to lower density LOD models and the animations drop out?

Interesting…I dont get the bug when switching with the Alpine version alone. Only the standalone BLL upgraded XCub. EDIT: I take that back - It just did it with the amphib version. I think I’m on to something. If I wait for the cinematic intro to play for a few seconds, the plane loads correctly (or sometimes it takes a slight delay of a second or two). But, if I just click “Ready to Fly” as soon as it appears, that’s when the glitch happens and it takes much longer (10-20 seconds) for the plan…

I am actually experiencing this exact same issue on the same flight path using the 747.

747 screens and controls not working, pilots visible when switching to cockpit view Miscellaneous

Quite often when flying 747 and switching from external to cockpit view some screens go missing, controls become non responsive and there are low poly pilot models visible (see screen below). [Screenshot_2] Sometimes it randomly starts working again when toggling views but in most cases I have to restart the flight. Happens on latest and previous build/update. I don’t have any Community add-ons. I’m not using Developer mode. Game installed via Steam. PC: Intel i5-6600k@3.5GHz, GeForce GTX 1…

Same for me, i’ve made a post right here :

Since few flights I have had a major issue with the 787 witch mean I cannot land. Systematically in the short final phase, the aircraft “freeze”, so it will no longer responds to any command: the joystick does not respond, same for the keyboard commands and the mouse in the cockpit (I would point out that this has nothing to do with the clickable cockpit bug). In fact, I can no longer fly at all because I literally can no longer act on the plane, even by unplugging / re-plugging my peripherals…

Unfortunately, the freezing buttons appear again and again. All my attempts to solve it, did not work. It appears to be active since last update. Let‘s hope, that the next update will solve it again. But it looks, as not many people struggle with this one.

I made a Report to the Zendesk about this isuue. Let‘s hope, this issues gets more attention or solves by itself ( which is not very likely, I guess).

hey capt’, you did well, I hope the next sim update will be massive cause I’ve got a lot of minor bugs like the flight plan route witch is wrong on the MFD and many other things. Well, keep us informed ! good flights !

After last update, I still had the buttons freeze, but I believe to see a system behind it.
My VFR Map is on an external screen, and I realized, that if I keep „Isoline Map“ and „GPS Tracking“ activated, the Freeze disappears.
Can you fellow pilots confirm this? Do you see a relation as well to the VFR Map, or any other map?
I opened a Ticket at the Zendesk for this, and I want to update it, as soon as I have some more feedback. 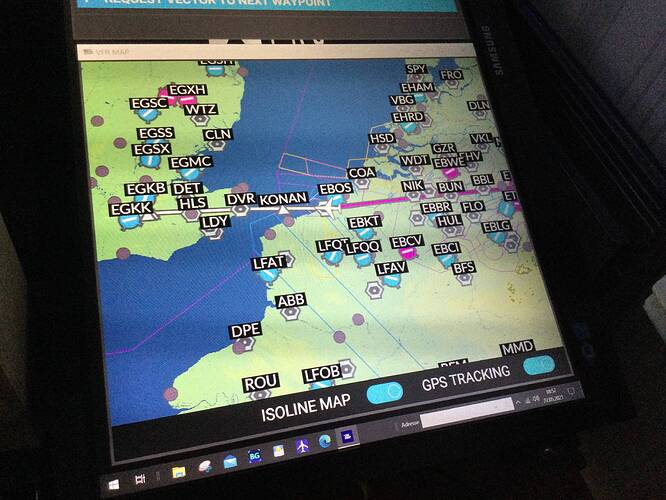 I can confirm the cockpit freezes for 10 to 20 minuntes with the a32nx and dc6. I dont have VFR Map activated.

This happens with ALL aircraft, 3rd Party or the Base ones, ive had this visual freeze alot, the systems still function but the display isnt updated, i noticed with the PMDG DC6 this happens at the same time as the display freeze on the cockpit, the last image is where the freeze/stuck stopped 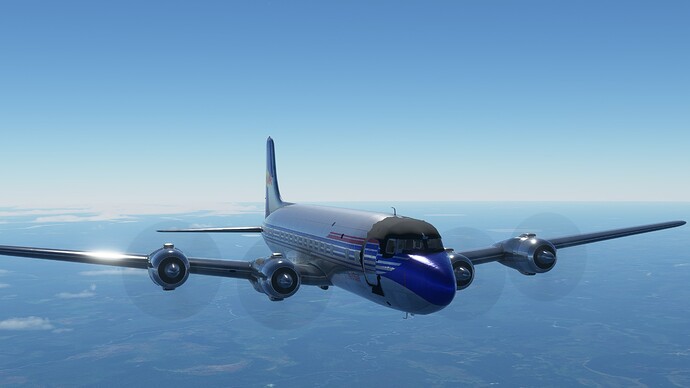 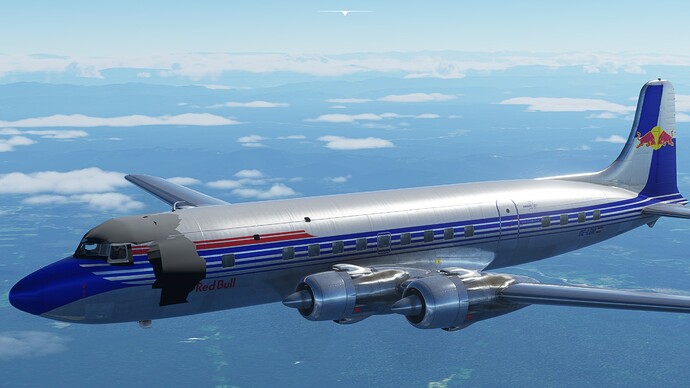 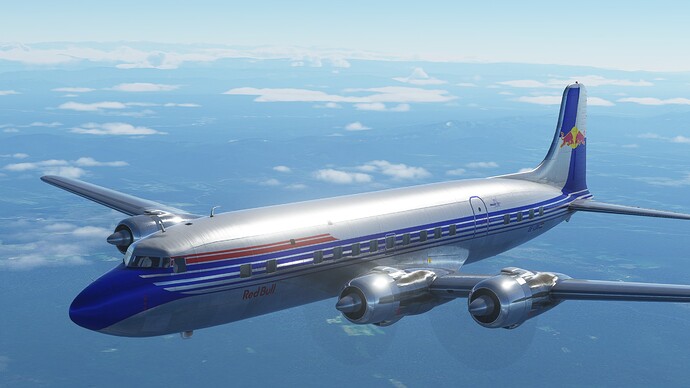 how do you get this, i never have it, but then i fly about maybe 2 hours longest.

I get this randomly in the King Air, usually fixes itself after 5-10 mins. STILL a very annoying issue to have.

I can recognize exact the same issue with the DC-6. But I have never seen it on any other airplane and it happened the first time after release of 2.0.28. But of course a have installed several other things meanwhile, so there could be some other reason for that issue. What about FSUIPC? I heard many not so cool things about it, also regarding DC-6 issues. Do others here, having the same issue, have FSUIPC installed? I do not start it when running the DC-6 but the issue appears again.

I had FSUIPC installed, removed it still happened, I’ve been using the default livery since and haven’t noticed it happen using that, so maybe a livery thing??

For me it always worked fine again when moving the ATC and sometimes map window. Try a few things with the ATC window such as moving it around or requesting different hights.
Had this issue several times but this usually fixed it for me.

This has been happening to me quite a lot lately as well. I haven’t been able to restore my cockpit. Other than going to VR mode where switches still function. I will try the suggestion of moving around ATC windows etc to see if that helps. I’d say this happens at least every 2nd flight now for me

Happened to me today, not sure if it was result of tabbing out - I did from time to time - the flight was ~10h long already. [MSFS Arrow rendering issue] (internal state, some displays update but most of the cockpit is not)

No news about this? I’m having this issue many times . @OlieTsubasa443 @Jummivana