Is there any way to remove a waypoint that shouldn’t be there. For example ILS approaches into Glasgow (EGPF) incorrectly use the GLA waypoint on top of the airfield. I cant delete this in the world map flight planner and if I use the G3000 to remove the transition (GLA), it’s still there.
thanks

No I don’t think there is. I’m using the flybywire a320 mod and it some times let’s you delete them and some times doesn’t. Just about to fly LHR to AMS. I could delete some of the SID but not any of the STAR. Glasgow is particularly difficult to find a good approach in to, like you said the star brings you in north of the field.

I also noticed that nothing AI lands on 05. They approach at 30 degress off the LOC and then vanish when above the field. The LOC for 05 is ok i’ve flown it but the incorrect flyover approaches I think are causing the issue. Only the RNAV approahes into glasgow should overfly the ILS STARS should bring you in from the south or the west.
Here’s the AI to the left of me 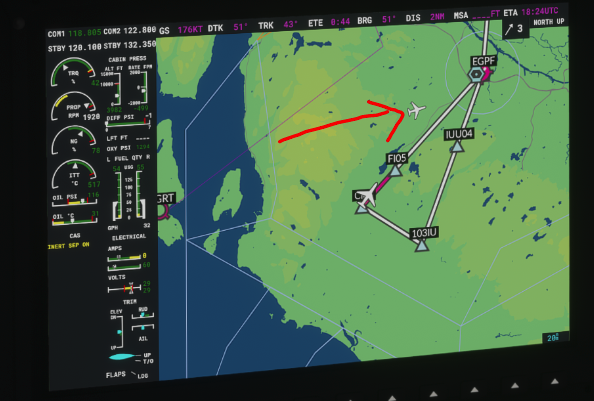