Case fans linked to GPU instead of CPU

As SU5 has changed the CPU and GPU usage I’m wondering if it’s best to have the case fans ramp with the GPU temp rather than the CPU temp as my concern is that the GPU is running at 100% producing a ton of heat and dumping it straight into the case and as the case fans are tied to CPU temp they aren’t ramping up to draw in fresh air and exhaust the hot air coming from the GPU. Therefore meaning the GPU could potential heat up the other components in the case as well be starved of cool air.

Is it worth changing the case fan temp source to GPU or leave them tied to the CPU temp?

Even better if you have bottom fans in the case. Also you might be able to upgrade the exhaust fan at the back. Maybe a 140mm if it will fit. That should help draw it all out.

I’d like to do the same. My motherboard settings don’t allow it so what software are you using to link case fans to the GPU? I have seen payware for this but is any freeware available?

Just install some Noctua case fans. They are virtually silent and push high volumes of air. They put function over ascetics so don’t come in pretty colours or with lights. Mine run silently at max all the time. The GPU fans are about the only thing you can hear.

I have two Noctua Chromax 90s on top of heatsinks mounted on the backplate of my Aorus 1080ti (pulling), set against GPU hotspot temp. I also have one of my two Silent Wings 120 top case exhaust fans linked to the GPU hotspot.
Running @ 1945 MHz and high/ultra settings locked @ 30FPS (Renderscale 200/100) PC/VR, I’m keeping hotspot at under 78c (GPU 64c) with the Aorus card fans running at about 80% at those temps.
I use Argus Monitor as my fan controller. It’s very good, allowing a large number of test points on the motherboard, CPU and GPU to be monitored and corresponding fan curves to be set. There’s a 30 day, full function trial available.

As to CPU, I leave that to the NZXT controller of my Kraken X 62 liquid cooler (front radiator, 2x140 fans). In total, I have 360mm of intake (Kraken + 80mm Arctic constant 2400 rpm into HDD bays at bottom) and 360mm of case exhaust (Silent Wings) - naturally, airflow balance being determined by individual speed settings.

All very quiet in operation.

You can manually set the fans to full speed and see if it changes something, but you might be limited by your case/fans.

Argus Monitor seems to be the best software to control the fans, the license is only 10€
https://www.argusmonitor.com/how_to_control_system_cpu_and_gpu_fans_by_temperature.php

I link to my PCH motherboard sensor, this is near my graphics card so is mainly influenced by GPU workload but of course picks up anything else that happens to be generating excessive heat such as the CPU so seems a good solution for me. You should be able to set this in BIOS.

For times I want to set different profiles whilst within windows (quiet fans when I’m working, etc) I use a free program called FanControl 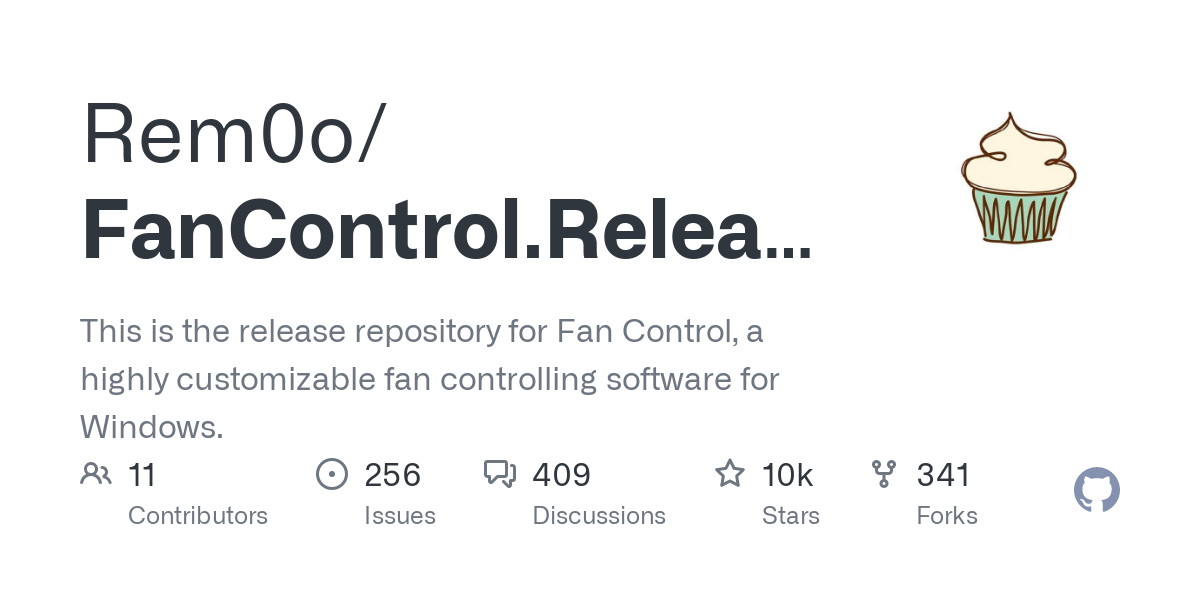 GitHub - Rem0o/FanControl.Releases: This is the release repository for Fan...