I to am debating what aircraft to do a world tour in. I fly the B58 and DA62 more recently in FSE for the pax, speed, and low cost. Plus I like piston twins. But the cockpit sightlines are not as nice as some singles.

I recently came across a mod for the Bonanza to give it a turbo engine (a real life mod). This gives it a 200 knot claimed cruise, nice sight out of the cockpit, can still fly slow for sightseeing and smaller runways. I’m going to do some test flights and hope to start the tour soon.

I have been flying the Bonanza around the world for the past 50 days, quite familiar with its quirks by now. The listed range and cruising speed is incorrect. Expect a cruising speed of 150 to 160 knots, range no more than 700 nm. I pushed it to 756 nm once and landed short of the runway, the engine died half a minute earlier after a 45 minute glide on 35% throttle and 80% prop from 18.5K ft.

Flying higher saves fuel but is also a lot slower. To push it to 756 nm my avg speed was only 115 knots while cruising at 18.5k ft. Which you can only reach when the tank is already 2/3rds empty, too heavy otherwise. I used FLC mode, target IAS 100 knots to let it climb by maintaining the same speed.

The plane is great for sight seeing, it can also easily cruise at 80 knots to admire the scenery and is quite capable to land at very short runways. Max flaps also work as air brakes.

For routes and suggestions, here’s my tour so far

I’m flying around the world at an average height of 2,500 ft, discovering many new places. I’m using real time and weather and will mostly stick to day time flying which means adjusting my play times to the time zones I’m flying in. This will take well into next year to complete and I’ll update this daily if possible. I’ll attach the flight plans if anyone is interested. Simply save the .pln file in \Users<user-name>\AppData\Roaming\Microsoft Flight Simulator\ and you can load them on the world…

Crossing over Greenland is no problem in the Bonanza. I ‘cheated’ with Svalbard, the airport there is not listed in FS2020 so I topped up the fuel in the menu after landing. (Which I do anyway, not waiting for the fuel truck, stop and go)

I’ve already tested it at the Himalayas, it can cross them, tricky but do-able with the under powered default engine the game uses. You can always ditch the co-pilot (set his weight to zero) to get a bit more height and range.

Very good suggestion. Just finished my first couple of legs of my own “long-march” in the TBM - its fast, its comfy and you can land her almost everywhere. After covering Berlin-Cairo, the next part of this tour is going to cross the Sahara from Cairo to Cotonou in West-Africa with only a few remote airfields in the desert on the way. In this case i’ve swapped my TBM for a two-engine King-Air - not quite as fast but the extra engine increases reliability over this hostile but extremely beautiful landscape. I wish you all the best for your round-the-world trip, and don’t forget the survival equipment! 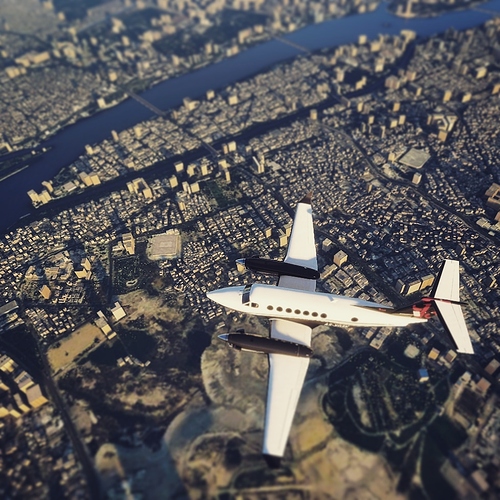 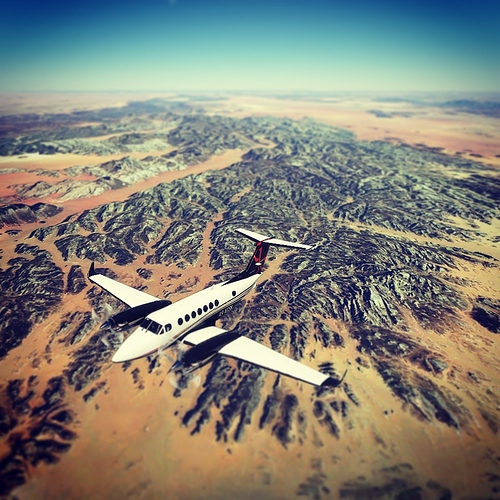 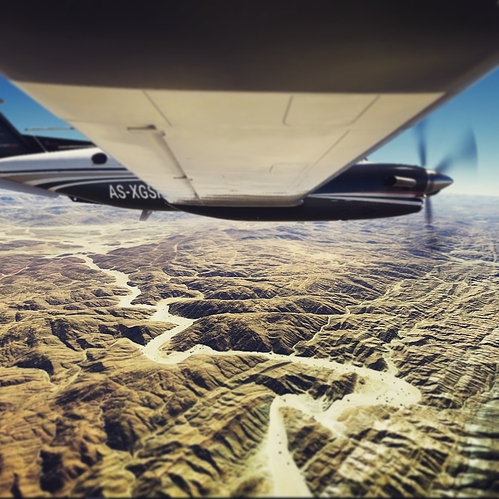 You really need an aircraft with at least an 800 mile range, as there are a few water crossings that may be difficult otherwise. Ideally you want Little Nav Map at least, so you can see if the runway has lights, otherwise you may be restricted to only day flights in good conditions.

I’m on the last stretch of my world trip, just need to cross the US and I’m done!

Just fly a small circle around one of the poles.

I’m doing something similar, but taking a very scenic route - so doing a lot of sight seeing along the way. I’m using the TBM which has proved to have the range and speed needed to make this enjoyable (I don’t want it to become a chore) and happily seems to be one of the more stable aircraft.

I use little nav map too, but in reality that isn’t needed. You can set up all the flight plans from the world map, specially if you are essentially using VFR, which I assume you are so you can sight see properly.

I’ve been keeping a bit of a blog going on these forums, so feel free to have a look here

Tips: Go east (or west). East is probably faster because you’ll generally have tailwinds. North/south is impractical because of the distance between airports around the poles (and the sim doesn’t handle trans-polar flight very well)

There are some pinch points that you can’t really avoid (unless you’re in a long range airliner) - Chukotka/Alaska, Canada/Greenland/Iceland/Scotland (Faroes airport is missing in the base sim, although there is an addon). In real life small aircraft can have ferry tanks fitted to cross the North Atlantic, so it’s perfectly acceptable to simulate that by fudging the fuel on the 600+nm legs.

To qualify as a circumnavigation, Guinness World Records style, there are some requirements:
Finish where you started
Cross every meridian of longitude
Travel at least the length of the Tropic of Cancer (19,850 nm)
(it’s not a requirement to cross the equator and two antipodes, as it would be for sailing)

Of course, you don’t have to do any of that - your tour is whatever you want it to be.
Like others, I’m doing my own tour, although I’ve been somewhat lax over posting progress. I use the random destination generator in Plan-G (disclosure: I’m the author) to pick where I go next. My Route so far: Abingdon (UK) - Ipswich - Abbeville (France) - Dusseldorf (Germany) - Prague (Czech Republic) - Vienna (Austria) - Krakow (Poland) - Sadkow - Warsaw - Kedainiai (Lithuania) - Kihnu (Estonia) - St Petersburg (Russia) - Rybinsk - Moscow - Tula - Drakinow - Donetsk (Ukraine) - Baherove (Crimea) - Yevpatoriya - Balchik (Bulgaria) - Varna - Istanbul (Turkey )- Edremit - Athens (Greece) - Naxos

Loving the feedback, and ideas! I’m settling, for now, on UNST, Shetland, to the southernmost tip of South Africa. A leisurely tour in the TBM.

That said, it does go a bit haywire at times - mostly when on finals - IFR approach with the AP (despite the latest update yesterday), is that just me? Have checked my keyboard mapping, etc etc. Def seems like there’s many more pressing glitches to fix.

Wow, beautiful - would love to take screenshot, but with HDR on, it’s not possible, its all washed out - so have to take photo with my phone, or turn HDR off. Any ideas?

My screen doesn’t support HDR for games but maybe you can use the PrtSc (print screen) button and paste it into Adobe to properly convert it to SDR. (If windows captures HDR, I have no clue)

Or pause the game, line up the shot with the drone, max out render scale, max lod and turn off HDR (if possible), take shot, revert settings, continue. That’s what I do minus the HDR switch.

Check the altitude of the terrain in your path and make sure your aircraft’s max altitude is higher. Not an issue for the airliners but for some GA aircraft this will cause some rerouting. I’m trying the same thing right now, I took off from the midwest (USA) and headed east and I am currently in China. I had to decide Northern or Southern route in the Middle East due to the Himalayas because I want to use the same aircraft the whole trip.

Just finished my Leg 2. I started at KMIC (near Minneapolis, MN) and I’m heading north eastward to Greenland. I’ll be down-in-the-weeds most of the time in an X-Cub at 100kts. The performance mod and Working Title’s GPS mod work flawlessly. I’d forgotten how fun tail-draggers can be. I though I’d chase after the Bush League Legends and try to catch up with them at some point.

Bush League Legends ? How easy is to install the mods - whar would you recommend for that aircraft? Navigation? Sorry for stupid questions.

They have a web site. Mods drop in just like they should. I’m on my Linux partition right now, but I think the X-Cub is a standard plane.

Last time I circumnavigated in the TBM i went Eastbound and crossed the Atlantic between Fernando de Noronha, Brazil SBFN and Praia in the Cape Verde archipelago GVNP just off the coast of Africa. It enabled me to take in both South America and Africa on the trip without having to go really far out of the way.

Just curious, did you still cross the Pacific up at the Aleutian islands or could you chart a path across the Southeastern Pacific? Looks like Easter Island to Isla Robinson Crusoe is the key leg, if you can make that you are good for island hopping from Tahiti to Chile. But it looks just a tad far for the TBM.

Initially I wanted to cross the South Pacific as it has been done in the TBM in real life before, though they used auxilary fuel bladders to extend their range. This sadly isn’t possible in the sim AFAIK, and definitely not possible if you are doing the flight in FSE.

I looked at the Aleutian islands too, but decided to go further north via Anadyr in Siberia to Nome in Alaska as it is slightly shorter, and has significantly less time over icy water. Im not sure what the enroute airport situation is via the Aleutian islands, but it should be doable if you decide to do it.