Took quite a bit of work but everything is connected up and working. Just waiting on my rudder pedals and knobster to arrive.

Now to setup all the profiles for the 4 configurations of the Bravo. 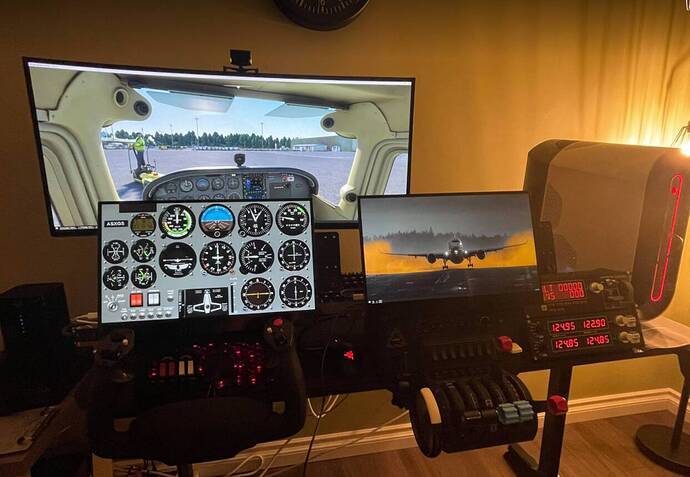 looks very similar to my setup. instead of the second (touch?) monitor above the throttle I placed a stream deck there.

do you use Spad.next to configure the saitek/logitech panels or Logitech driver only?

Yea those are 15.6" tuch pannels mounted on custom brackets to the top of the Honeycomb controls. I am just in the process of setting up the streamdeck as we type. 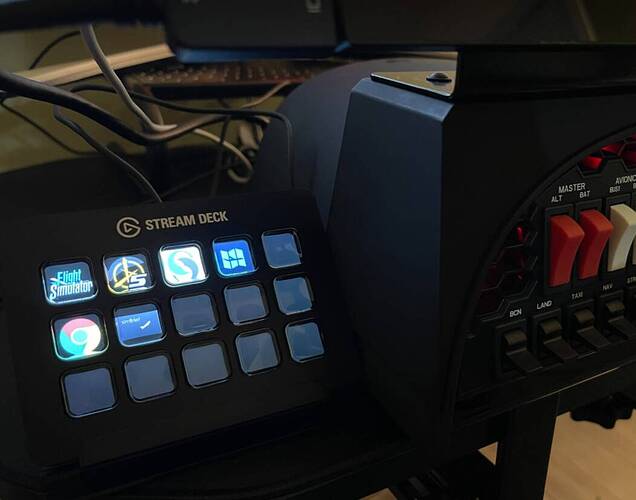 I haven’t checked out spad yet to be completely honest, just using the logitech drivers. Is spad better?

I wouldn’t say better per se. But it gives you more flexibility and the option to bind some intelligent logic to the controls - i.e. you can trigger the base action combined with some other conditional actions.

I like it, but it has a little complicated UI and a learning curve to overcome. And its Payware.

can highly recommend getting SPAD to drive all your bindings. it avoids a lot of issues, and as @Enkanath said it’s vastly more powerful in the level of control you have over your configurations.

It can take some time to get the hang of, but as you’re all in on airmanager etc that doesn’t seem like something that is going to phase you.

let me know how you get on with AM. I’ve been using it for a while (and the knobster really makes a difference), its really good once you get it dialed in properly.