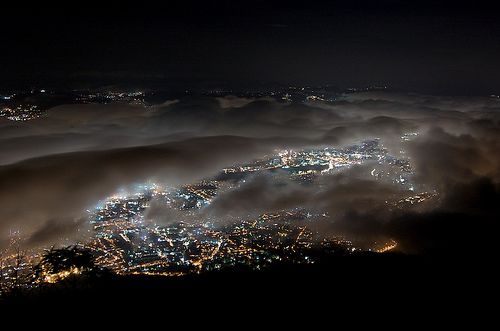 Currently in game all clouds give off an orange glow that looks unnatural and i think the addition of white light bleed from cites would add alot the the night flight immersion experience.

night lighting is lacking in many ways in msfs, daytime dusk/dawn looks quite nice.
I really hope they focus on night lighting in SU6/7 more than just ‘long range’ lights showing

Orange glow is called light pollution, and imo it’s quite realistic. I don’t know how it looks from a plane cockpit flying high in the sky. But I live in a rural area, and going to the city at night you can see that typical orange glow replacing the dark skies as you get closer.

It’s a bit difficult to tell what you mean without an example screenshot from the sim. Are you saying the light pollution/bleed color does not match the color of the city lights?

what do you think after latest SU6?

I think that clouds over cities and towns should have this glow. Here is the screenshot I took over south Germany, densely populated area.

This is the kind of thing we might be able to get with ray tracing.