Great post C0rsten but 1 small additional step, kind of obvious but in case some people forgot to do it,

Quick question. Which parameter should I change to have the manufacturer name instead of GEN displayed ?

You have the GEN because it’s the icao_generic model. You need to have a correct match with the ICAO aircraft information in order to get AIRBUS or BOEING.

ok, so it can happen sometimes but not always, like if I have a real A320 flying and it match it will show AIRBUS instead of GEN ?

For some AI traffic liveries, sometime they appear with the white banner that block the registration like on this Southwest, how can I remove it?

I don’t know if this works but I found this method yesterday. I haven’t tried it yet, though.

How to Remove Tail Number Airliners

I just experimented with a combination of the methods described in this closed topic. Create a panel folder in your custom livery folder Copy the original panel.cfg Edit the line painting00=Registration/Registration.html?font_color=black, 0, 0, 1024, 256 found in the section [VPaintingxx] (where location = exterior) to read painting00=Registration/Registration.html?display=none I only tried it on the default 152, so it’s not guaranteed to work on every aircraft. IMHO, the advantage is ke…

Thanks, I will try that hint to see if it works, those white banner block registration looks very annoyed!

I am trying to make my mod as light as possible. Any suggestions? I have removed cockpits allready. How can i disable jet engine´s to spin? Would it gain FPS if there isnt spinning jet engines in scene? Can i remove that heat steam coming out from engines?

Isn’t those engine spins and heat steam only appears on close LOD? I would think if you zoom out, it won’t render. Which pretty much how every object in the sim behaves anyway.

You are right, but in my live traffic scenario (when live traffic is working 100%), there might be lots of aircraft near you at the gates starting to move. There is just no point to have extra rendering at the busy scenes as for live traffic…

I suppose another approach is to split the AirTraffic model from the base A320, and make it into a standalone mod. In that one, you can just make some LOD adjustments whether you want the engine spins or the heatwave. That way, any AI traffic would be using your separated mod instead of the default AirTraffic.

But I’m not sure if this can be done or not.

my mod is using asobos a320neo as a live traffic icao_generic = 1 without interior, so users dont have to modify aircraft.cfg every 6 hours when fbw version is updated. And users have to use fbw for flying. That is my aproach.

That’s exactly my point. You grab Asobo’s a320neo airtraffic model, and package it together with your mod, and you set your version of the a320 as icao generic. That way, it’s irrelevant because your A320 will become the generic that the sim uses.

Besides, FBW is already a standalone aircraft now, ever since last week I don’t have to change icao_generic anymore because the FBW is a separate aircraft which doesn’t overrides the Asobo A320 anymore.

My point was if people uses fbw as a icao_generic = 1, they need to edit aircraft.cfg every 6 hours.

Better to use vanilla A320 liveries anyway, since there are 4x as many. I see many are missing a A320Nx version.

That’s not going to stay that way for very long tbh… As more new liveries get converted or crated, it would probably end up either having a fully A32NX version, or a dual version.

My point was if people uses fbw as a icao_generic = 1, they need to edit aircraft.cfg every 6 hours.

Exactly! That is the way to go! Guys i am releasing version 2.0 of my mod soon. I just manage to have 5 diffrent aircradft model in single Frankfurt airport. That is 5/6 models in my mod´s models. Only MD-11 were in the sky and werent in the airport. That is so cool. If you want my mod, come to my discord server.

Why not just upload it to flightsim.to? I’m sure you’ll get a lot of visibility as not everyone is on discord and that website is the first place people go to.

I’ve spent several days observing how MSFS displays real AI traffic against Flightaware.
If the AI models are installed in the SIM correctly, the SIM is able to show them equally correctly with a delay of 10/15 minutes otherwise it identifies them as GEN and almost always displays a generic A320NEO Asobo.
Setting the configuration files of the AI models is fundamental, even a small error compromises the display.
But there is a small problem, Flightaware’s data does not always contain the aircraft type and therefore the SIM identifies it as GEN with the consequences of the case.
Another thing I noticed is that it seems that the SIM takes into account the WTC, that is, it seems that when choosing a GEN it takes into account the value of the WTC. 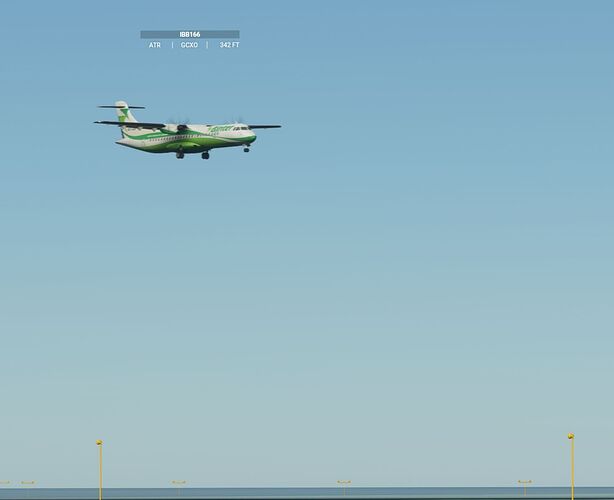 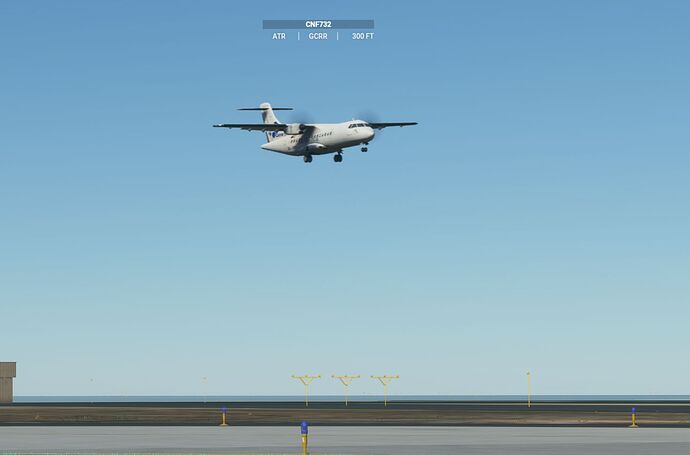