It seems poor performance in the sim is coming from some sort of issue with CPU’s not being used as intended, the issue has been largely discused in the reddit topics I attach, but I will try to explain it fast.

Turns out that when I activated the debug mode I got a “Limited by main thread” message. I previously thought that the bottleneck was on my GPU but it seems it is the processor the one being underused 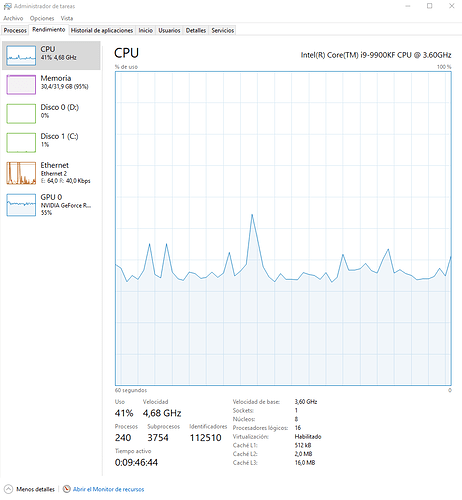 I tried going to an area far away from any airport and the results were the same. It did not matter what graphic settings I use, I can max everything out or put everything in low-end and I will get the same fps ± 5. 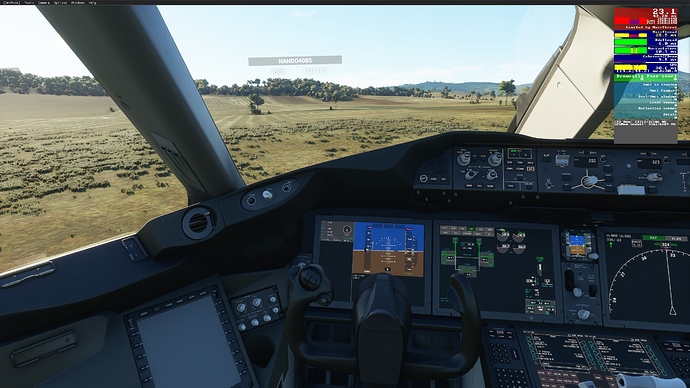 However, airports are a decissive issue, I get from 10-25 fps in Madrid Barajas, and the same goes for most big airports. I even got 9fps at some points in Frankfurt at night. 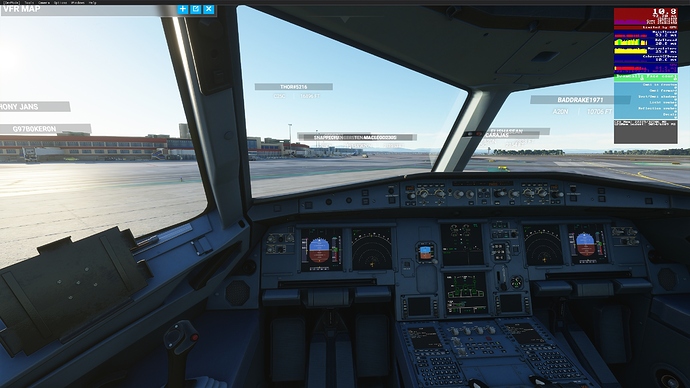 In a nutshell, even with a beast of a PC the game won’t go higher than 20 fps in certain areas, this has to be solved by allowing the game to better use CPU’s, otherwise we are going to be stuck like this forever, since it does not matter wether you buy a 3080 or have a 970, you will more or less get the same performance. 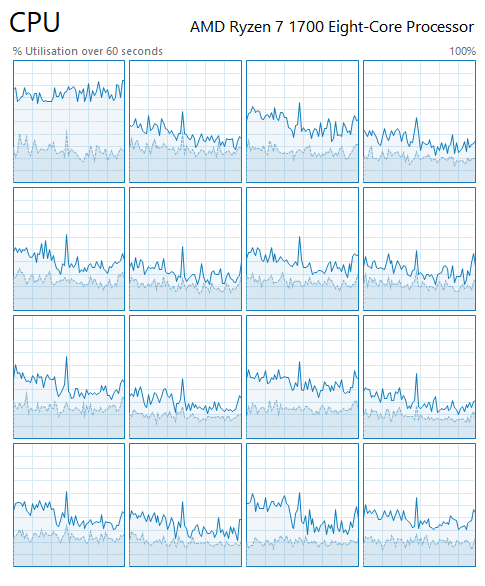 EDIT: Sorry for editing the post so many times, I clicked on “publish” by accident halfway through xD

I see the problem. All those AI planes take a big toll on FPS. Try flying without traffic and slowly increasing the amount.

I did, it only made a difference of 4-5 extra fps at most, and did not improve the situation at all inside of airports.
I actually tried changing every single setting and performance remained the same.
The CPU is only using 40% of its power, this is an issue with the engine.

Thank you for your input. It was very interesting and helpful.

But just because the game is limited by the CPU does not necessarily mean, that it is a bug, right? Also, how did you determine, that the CPU is not used “as intended”?

You are very welcome, I hope this helps the developers, but I am pretty sure they are already aware of it.

The thing is, CPUs nowadays are not increasing their clockspeed that much, so if the game is limited by the CPU’s Main Thread it does not matter if in the future you buy a better CPU or graphics card, you will always run at 20fps or less in those areas.
That is definetly not intended afaic
On the other side, the CPU is not being used as intended since only less than half of it is being used, that should not be the case.

With new graphics cards youll be able to play 4k maxed out on acceptable frame rates, which is not possible right now with 2080Ti.

I don’t think you will, As Hardware unboxed said on his video, The CPU issue is holding the GPU back. So it doesn’t matter what GPU you get.

This can be some key information. Please report this on Zendesk.

Exactly, it does not matter what GPU you use, the game is bottlenecking our gpu’s by only using less than half of our cpus

I will, I am working right bow but I wil report as soon as I get back home tonight

Could be, but I doubt it, I got one of the fastest rams in the market and the debug mode would indicate it, but it says that the limit is the main thread.
Good news is if they solve it and make use of all the CPU we will get more than 40-50 fps where we are currently getting 20

Other thing it should be worth testing is disabling hyper-threading (for i7/9). I heard some single-threaded intensive apps works better with it turned off.

It’s not really a “bug”. It’s poorly optimized, but it’s not like the devs accidentally left one line of code in and this is what happened. All flight sims I’ve used to date are CPU limited, MSFS is usually not an exception. With high graphics settings and in simple planes (e.g. the icon A5) it’s sometimes GPU limited for me though.

I can understand a sim being CPU limited if it uses a lot of CPU power, the issue is here it is not using that power.
The issue is the sim is only using 40% of my CPU and thus is limiting itself. This should not be the case if the sim was well programmed, otherwise no matter what Hardware you buy in the future, as long as clock speeds don’t increase your performance will never improve.

Try again in Madrid Barajas or Frankfurt for example and inside the cockpit of the 787 or a320. We tested it in 3 different computers to make sure.

Did you try disabling hyperthreading ? Some have seen some benefits on high end systems.