After updating to SU7, MSFS CTD’s.

This happened with SU6 too when it was released and updated.

I’m afraid to say that the only solution will be if many folks have the same issue, which will push developers to patch the SU7, like they finally did for SU6.

Here’s how I fixed it. 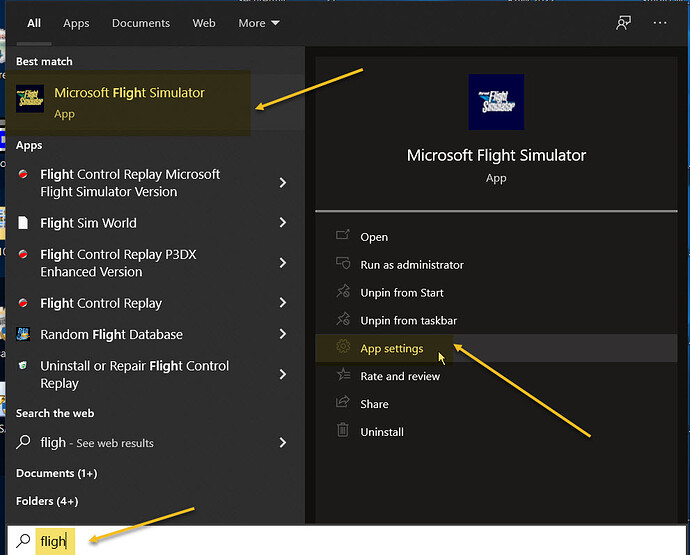 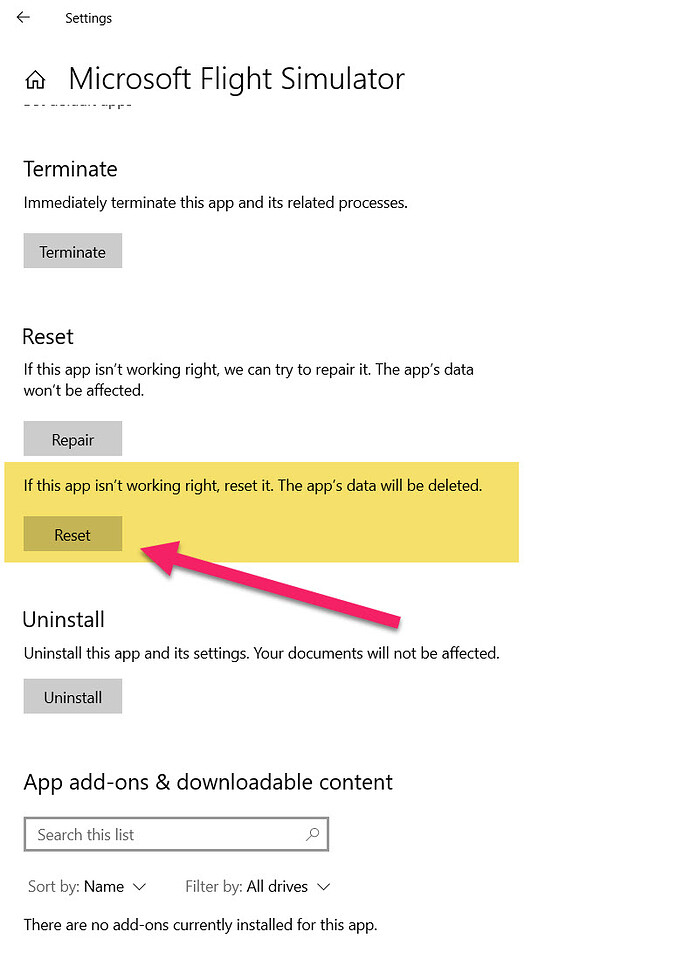 The sim will rebuild SU7.

The only way around the CTD is to reset the data, essentially reinstalling the SU7 update. However, I will point out, that after doing this, there were several items in the content manager that required updates and installs upon which has rendered MSFS in CTD at all times, even in Safe Mode with no Community population.

After installing all of the available items in the Content Manager, and relaunching the title, it CTD’s forcing me to redo the entire process again.

The last time I was in the game, I visited the Content Manager and found numerous entries that needed to be installed or updated. After successfully installing each item, I restarted the game, but it CTD’s during loading (see pic). 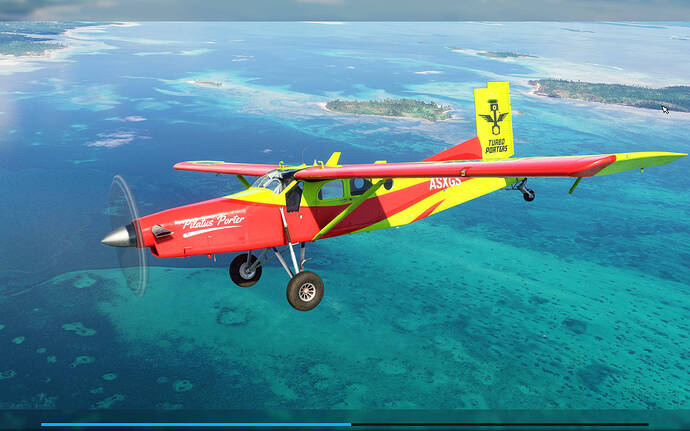 Now even resetting the data won’t work anymore! Stuck in a perpetual CDT!

I just got in again by launching it from the XBOX app on my PC. It really shouldn’t matter, but I got in. The first thing I did was DISABLE the DEV MODE. So now when I crash at least I can get back up again and play in SAFE MODE. 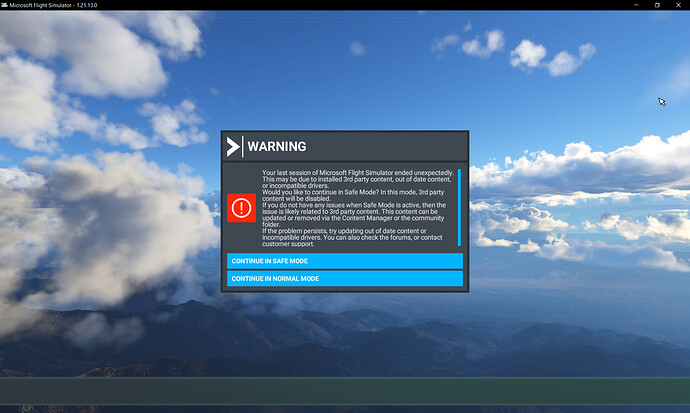 Can only play the game in Safe Mode. As soon as I load ANYTHING in the Community Folder… CTD upon loading (as shown previously above)

Mine randomly CTD’d while I was in the menus. Never really had that happen before that I remember.

I was experiencing CTD’s after SU7. My rig almost never CTD’d before that. Post SU7 even with the Community folder empty and starting in Safe Mode the system would randomly CTD -sometimes before I even started flying. The solution for me was to change the “Service status” to “Stop” and then change “Startup type” to “Disabled” for a Service named “Nahimic service”. It does not appear to affect my computer in any way apart from stopping those pesky FS2020 CTDs. I’d be interested to hear if this works for anyone else. 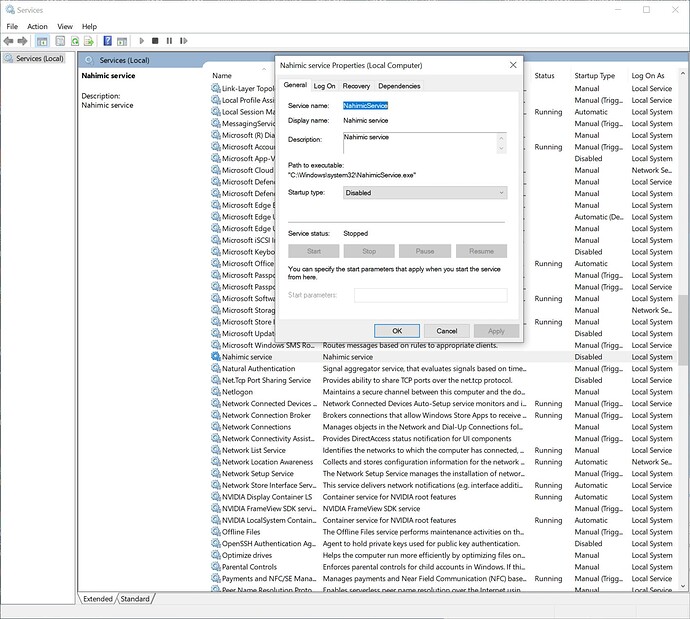 HI! I checked… I don’t have that service on my machine.

The Nahmic service is an MSI service for sound. As I don’t have an onboard MSI soundcard then this could be a false positive. Like you though I’ve CTD’d since SU7. Reset, reinstalled, cleared community folder etc etc. It’ll even CTD just sitting on the menu screen after a few minutes with no input.