CTD reproduceable at or near KCGS College Park

Are you on Steam or Microsoft Store version?
microsoft store
Are you using Developer Mode or made changes in it?
nope
Brief description of the issue:
everytime you start or come near KCGS PC CTD
Provide Screenshot(s)/video(s) of the issue encountered:

Detail steps to reproduce the issue encountered:
load a flight at KCGS
PC specs and/or peripheral set up of relevant:

This thread covers it. Cast your vote here

Since the latest Microsoft update 1.20.6.0, I have not been able to fly within 2 miles of KADW (Andrews AFB) without a CTD. It will immediately CTD if I load KADW as the departure. Has nothing to do with add ons because It happens with an empty community folder. I even tried reinstall of MSFS and not installing the latest USA update from my Profile. Same thing; CTD. However, I can takeoff from KDCA without CTD, but if I turn towards KADW, immediate CTD. I’ve never had this problem before th…

Since the latest update I encountered a CTD everytime I flew on the Q75 airway where it crosses the Q119 airway. I tried to take a small detour around that portion of the airway yet still got CTD (multiple planes). I had reroute east to the Q22 airway in order to fly south without a CTD. I then attempted to spawn at KCGS but kept getting a CTD every time. Apparently the NAVDATA is corrupt in that area (I tried both NAVIGRAPH and MS with the same result).
#pc

A temporary solution was just identified by deleting or renaming: bldo010.cgl to bldo010.cglbakup

We did an investigation on this thread:

Just removing the bldo010.cgl stops the CTD is the area for me, I did rebuild the layout.json ( do not know how really necessary that is ) SUCCESS … great job all, especially @Nirgal2776 - but it was a great team effort

Note: Replacing that bldo010.cgl with the file from a few months ago, did not seem to cure the CTDs, but , for the time being, until Asobo does a proper fix, removing that one file would seem to allow flying back into that popular area. [fixed]

I have around 13 of that filename, all in different folders.

Oh wait, I just read that discussion. It mentions 032 folder. will try that

I fly out of W00 only 5 miles from KCGS. I TOO am having the same trouble. Just tried the fix out and Success! I can load up again. Asobo, get that building model OUT! 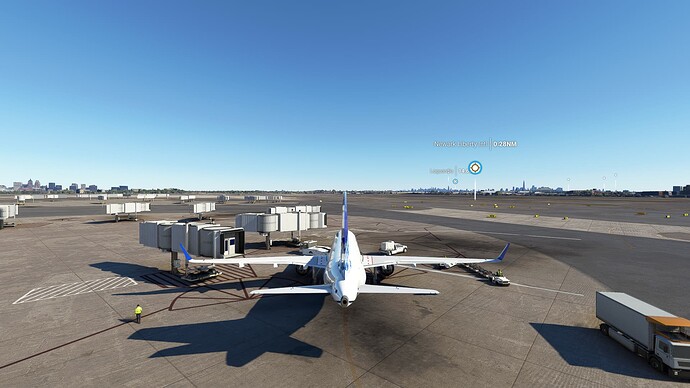 An unfortunate result of removing that file. Many of the airports I depart/arrive look like this now ugh!

Looks like this issue is fixed. I’ve re-enabled bldo010.cgl and flown thru the area and no CTD.