Hi. I wonder if anyone has faced the problem that I did with ILS behaviour in high latitudes on certain avionics systems. Yesterday I planned my flight from Cambridge Bay (CYCB) to Resolute Bay (CYRB) on TBM930 with stock MSFS G3000 avionics. When I started the approach and tried to establish ILS (by pressing APP button on AP) a LOC indicatior on HSI was pointing left to the actual runway heading. The more interesting fact is, that the plane was trying to align deviation from a runway and once it has done that, it started heading left again. This behaviour was repeating again and again till touchdown (or maybe it would be correct to say crash on the left side of a runway). Meanwhile a GP once established was maintaining very well. I suppose that this could have something to do with a fact, that on high latitudes runway heading are presented as True Heading not Magnetic and G3000’s HSI appears to work in Magnetic Heading mode and there is no way to set correction to aircraft’s compass (or I just dont know how to do it).

At some point I though that this could be just a bug in the sim so I tried to put C152 on the same ILS approach and this time all worked as intended so it was an obvious evidence, that ILS works fine on CYRB.

The next step was to look into a G3000 manual and I find a phrase like below:

From that point I’ve been really confused, cause all the informations I have gathered direct me to the conclusion, that it is impossible to use and ILS approach on those latitudes. Can someone with a wider knowledge about G3000 explain that? It would be ridiculous that avionics system like G3000 would’t support hight latitudes ILS, which has nothing to do with magnetic or true heading. In my idea, it should just intercept LOC and GP and follow those paths to the runway threshold. The more interesting fact is, that King Air’s avionics behave exactly the same way. Screenshoots below shows this situation very well. 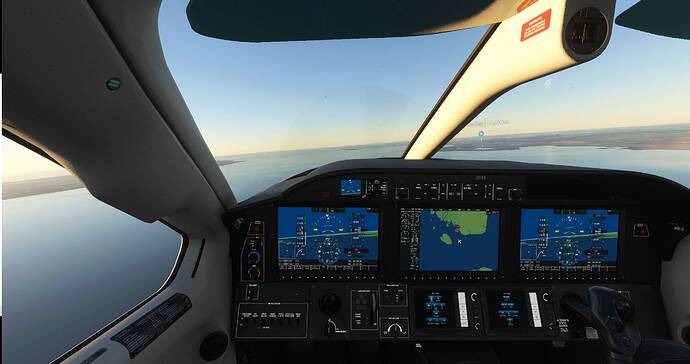 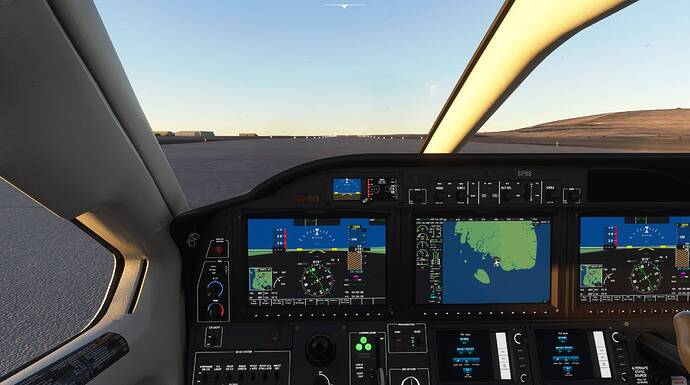 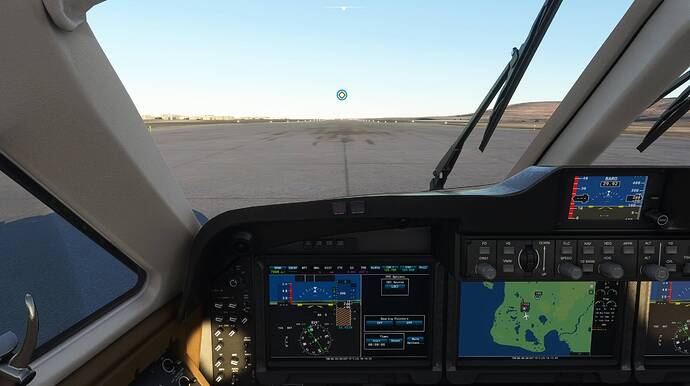 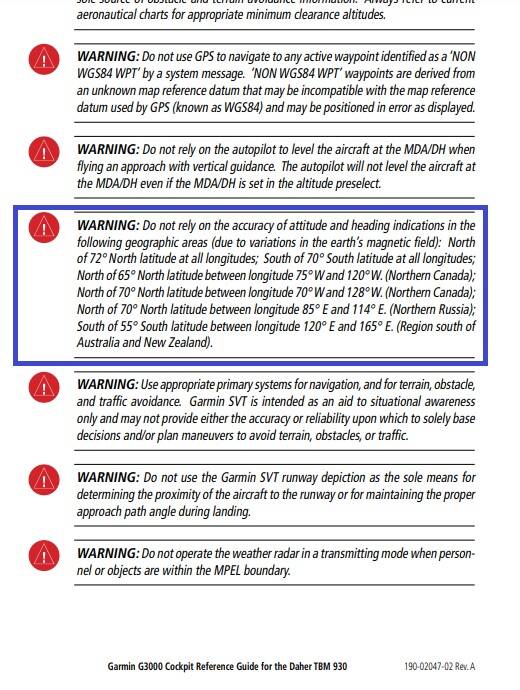 I would appriciate any help with that. Thanks

I just tried it for fun … yes you are correct …
the latitude should not cause the AP not to follow the ILS localizer. … (the GS is captured correctly. Nevermind me being a bit high due to the strong tailwind but I wanted to test RWY35 as you did).

First I thought maybe it is an offset approach, but it isnt. Secondly I thought, maybe one of the many MSFS database bugs of not having the ILS localizer aligned correctly with the runway, but that is correct as well (see LNM and using MSFS database). 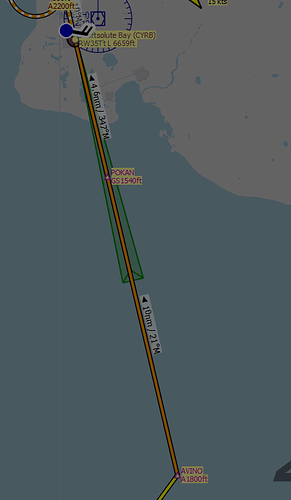 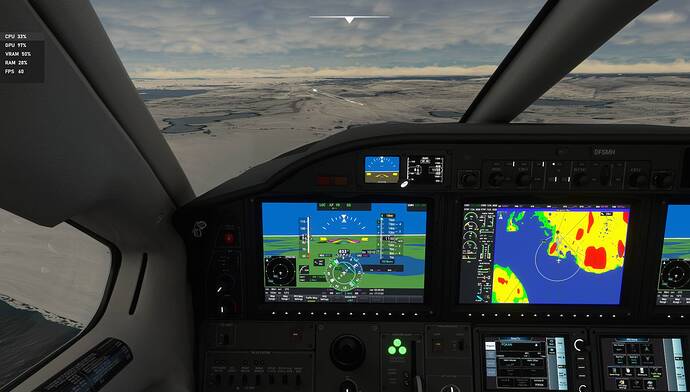 So most likely one of the many bugs of the MSFS Flightplanner / AP (although I use the WT G3000 7.4a, the underlying Flightplanner/AP is still MSFS at this point).

ILS in MSFS is correct cause Cessna 172 catches it correctly. Your approach seen from a cockpit looks way more reasonable that mine though so it would mean that there is something wrong with stock G3000 in MSFS. Too bad, cause I really like TBM as well as flying on high latitudes. Should I report it theough some form? I’ve never reported any bug before.

Good to know. … it is strange indeed. I have flown the TBM very often. Never had this before. I wondered if one intercepted the localizer with only a 30deg angle if it would work better.

Magnetic deviation in Resolute Bay is sth about 18,5 degrees W, which would approximate match this error. It should be kept in mind that 18,5 is in real life updated to 26/09/2021. We dont actually know which date equivalent matches magnetic north in MSFS (it drifts about 25nm each year in real life), but I will check on that during my next session. I can’t belive tho, that they implement a live magnetic north update in the sim. So I think we should call it a bug, as long as other planes can perform this approach correctly.

Nah. The ILS localizer is IRL and in the sim physically aligned with the runway. Magnetic deviation should not play a role.

One could however check and verify if the localizer is indeed aligned as I presumed based on the LNM display. Which is the more likely bug. However than the C172 should also be affected, assuming you used the default G1000 and not the Nxi

Now I brought the “big guns” (A32NX) … that worked nicely, despite the strong crosswind. And you can also see in LNM that the ILS is aligned with the RWY correctly.

Did you try it in the TBM without the crosswind or with a shallower interception angle?

The King Air as stock in MSFS comes with the Garmin G3X )yes, it’s factually incorrect). The only Rockwell Collins ProLine in the stock sim is the CJ4.

Yup. I tried with no wind at all. So it’s G3000 fault for sure. We could only have hope, that they will do sth about it in the future.

… and that did not work either I presume?

Yep WT is working on the G1000Nxi, which serves as the prototype to replace all in-sim flightplanners/AP code. Pretty sure that will fix it.

No, that didnt work with wind or without it. I have G1000Nxi addon but didn’t try it on this ILS approach yet.

Just tried it once more… only if I align following the GPS track from AVINO to POKAN does the ILS stay centered in the TBM WTG3000. … oh well, need to fly the TBM in nicer (more southern) climates

until it is fixed.

Yeah, it appears so

Thank you for your engagment into this issue tho