Thanks I did already, but it is besides the point. This should be fixed also unmodded. But thanks for the link!

I can confirm this regression was introduced with WO4, https://flightsimulator.zendesk.com/hc/en-us/requests/102931

Yup. Redlining all the time. This is a new one.

I agree that the stock stuff needs to be more accurate, but when dropping a mod into the sim is as easy as it is, there’s no reason not to grab a free file and fly with fewer hassles.

My concern now that Tommy is done with mods is that eventually his mods won’t be working in MSFS because of updates. And while RIGHT NOW he wants to maintain the mods, eventually he may decide NOT to. And then you have stock aircraft that is redlining all the time. THAT is why it’s important that Asobo fixes this.

Flying the France bush trip and getting this. Lame. Will try the mod for the next leg.

Here is hoping a fix comes in the next sim update.

Moderation Edit: Merged from another topic.

Hi, I manage to hande the plane fine, take off and land, but the RPM is almost always in the red.

Is there any knob or lever I can’t find? I use a basic flight stick (T.Flight) - and I try to lower the thrust, but even at fairly low thrusts the RPM is in the red. 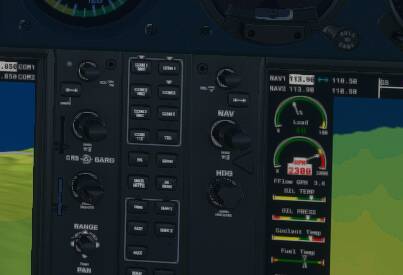 It’s a new bug that was introduced by WU4. You aren’t doing anything wrong.

I have the same problem, asobo fixes 10 problems and breaks 20 … unfortunate how they are solving

You are right if we’re talking about the planes in the default version of MSFS. But if the plane is one of the premium/deluxe ones, that isn’t so simple.

Another aspect is that the product MSFS should be delivered without bugs. It should not depend on third party software to work correctly.

So, we should continue demanding the developer to fix its product despite the existence of free mods. It’s not the modder’s job do fix the game, just to improve it. We should at least continue to demand what we call in my native language as “consumer rights”.

Let’s see what next week’s sim update will deliver. This bug existed since sim update 3 so Asobo better has it fixed

Still happening. Back to the mod I guess.

Is this fixed in sim IV update? Or still bugged?

[quote=
Is this fixed in sim IV update? Or still bugged?
[/quote].
Not fixed by SU4.

Still bugged. RPM sits at 2300, which is the red line, and so it’s constantly blinking in warning.

And what should we do so that they pay attention to this error and solve it at once!!??

w bug that was introduced by WU4. You aren’t doing anything wrong.

Always good to know! It is FADEC controlled, so couldn’t work it out.

Is It fixed? I’d really like to fly the bush trips using this plane, but this bug annoys me: my jetpad vibrates at its maximum and It Is not confortable at all…