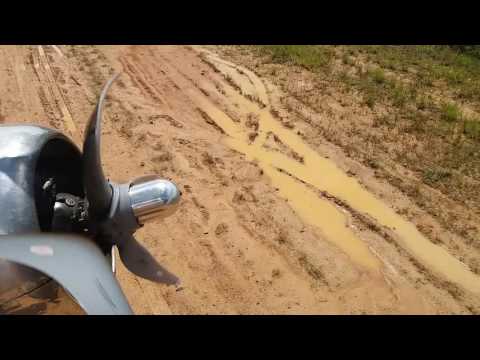 I hope that for the next Colombia World Update, the DC3 receives several bush trips from Villavicencio to those mud runways.

Lol I want to see them land the DC-3 in that swamp!!

Finally we can recreate The A-Team !

No way! really? or it’s a joke? I wouldn’t be surprise if that were true.

All you young guys, the DC-3 has been around since the late 1930’s, nearly 100 years. It has done it all, been everywhere, and if it can be hauled in plane, the DC3 has hauled it. I rode in one in the 70’s as the USN still then used them in Philippines for transport in the islands, great for short field rough landing locations. So not too many places that plane has not flown. In WW-2 it flew coal over the hump into Burma and India. There is a book about one being refitted for “Puff the Magic Dragon” duty in Vietnam, and they took out 500 lbs. of coal dust under the floor. You can search on that book above it should be someplace, great story. There are two versions a short one and a long one. Happy flying. Oh, if in states, they most likely have a few in parts and pieces at the boneyard, near Tucson, AZ, great tour if you have never been.

Believe I read there are 6000 flying, but that number most likely is incorrect. But you can still see them around. AP in Hayesville, NC on way to Andersen, NC, airport on left side of road. Think one is there, but have not driven out to see for sure, looks like one. Great old workhorse plane, simple, and reliable. All analog stuff, no “chips” to totally screw it up.

There are a few flying examples left, some in South America, (I think), and there are some museum restorations that are still flying too, if I’m not mistaken.

Look up “DC3” (or R4-D, the Navy version) on YouTube. A lot of generals and admirals flew them as their official flag transport in WWII.

If it could be done by an airplane, that old bird did it.

If only half the stories I’ve heard are even remotely true, that thing could take off on everything but a wet pancake and could land on a wing and a prayer.

One heck of an old gal, that one’s for sure!

I want to see them land the DC-3 in that swamp!!

With pontoons, (a possible configuration), it could, alligators and everything.

a joke, but the cockpit of a DC-3 is REALLY tight so I just couldn‘t resist ^^

I’ve got an old photo of my grandfather and friends with a DC-3 as the background, somewhere in Vietnam or around Hong Kong in the 1940s. It’s absolutely epic.