Just received this box today. Would really appreciate some input/advice on the following:

The rotary encoders are really misbehaving. To the point of being unusable.

I’ll just use Altitude as an example, but it happens with all AP rotary functions.
Even if I turn slowly, 1 click at a time, it acts erratically. Sometimes it will advance the Altitude correctly by 1 increment, but more often it misses 2 or 3 clicks altogether. Very erratic. If I spin it faster, it acts as above but also goes backward (I’m turning CW for an increase, it decreases the value on the screen).

Windows is using an old generic Driver for it; there was no mention of Drivers when it installed. The instruction sheet states “Windows will automatically install the needed Drivers onto your PC- there are no other Drivers to install; installation is plug and play”.

Some pics attached for reference. I do see a message that says “Device not migrated due to partial or ambiguous match”. But it installed with no error messages.

The problem can clearly be seen when looking at the Windows test screen with the button matrix on it. Just to be sure, I tried it with X-Plane 11 as well, same symptoms.

Now, the encoders themselves have a pretty coarse feel. It only takes 16 clicks to go 360° which surprised me. I was expecting a lot more granularity.

I’m wondering if a utility program like FSUIPC7 or AxisAndOhs could help?

Any and all thoughts/advice will be greatly appreciated. 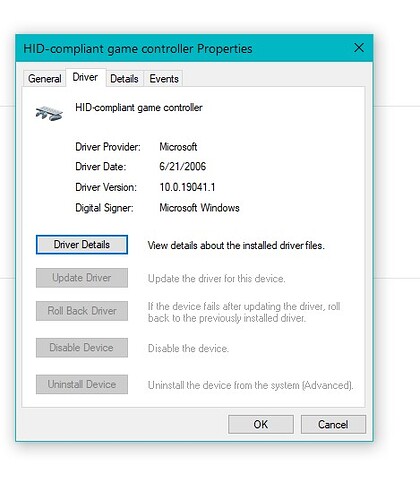 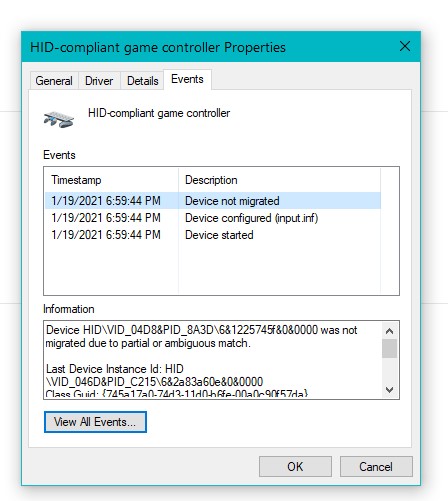 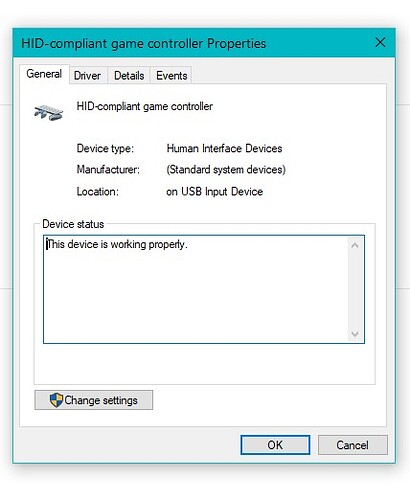 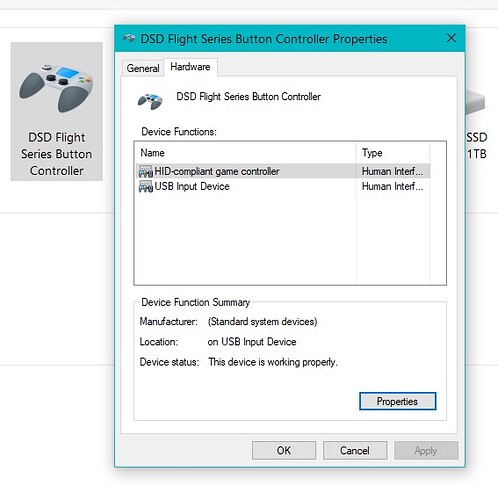 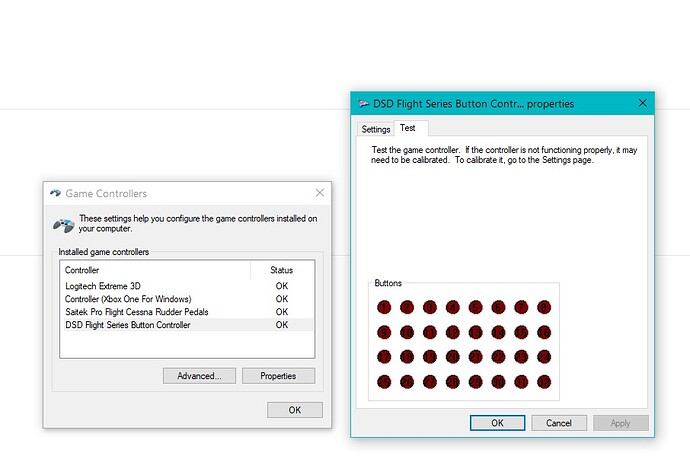 Two years later, I’m having issues with the FLT1 box as well. Just got it and both the rotary encoders and toggle switches only register inputs intermittently in the game.

E.g. flip a toggle 5 times and the game only sees it once.

The response from DSD was pretty indignant, as well. “We shipped you a device that works perfectly”

I never did get mine working. Its just gathering dust. I wasn’t happy with the response I got from them either🙄

I did get a utility program for it. Can’t remember if I just stumbled across it or if they sent me a link. I can dig it up if you like.

Using the utility program, it does sense all of the inputs properly. So that meant it wasn’t a PC, usb or Windows problem. That’s when I decided to just sit it aside and I never got back to it.

There was one thing that I found that was interesting. I noticed that one input was real flakey when I tapped on the enclosure. It was obvious and very repeatable. So I opened it up and found a short where one of the extremely fine connecting wires was touching the contact next to it. I trimmed up the tiny “bridge” and that totally fixed THAT problem. I took some pics with it opened up if you’re interested.

I’ll try to find the test/utility program for you. Curious if you’ll get the same results I did.

Interesting, thanks for the info @PopsMcDaddyo. Sorry to hear it’s a paperweight now. Mine doesn’t seem to have any wiring issues, luckily.

I used DSD’s own DSD32bControllerConfigurator06042013rev test utility and the output all looked ostensibly fine there.

Curious what accounts for the differences in output. Are the latter two utils using a different API?

I suspect there’s a missing link between the hardware and games, like a proper driver. I don’t know enough about Windows development to dive in much more, though.

So far I’ve tested on:

It would be one thing if I bought it as-is, with no promises. But it’s sold as a plug-and-play product, and it’s just not. Maybe the fault lies somewhat with game developers, but hey, other hardware makers have figured it out. My three other controllers work 100% as expected.

The bummer was the attitude from DSD. Basically: The customer is the problem, not us.

Just don’t want to buy products from people like that. It’s not really worth my time at this point and there are some other good options out there.

Sending it back. At least they honor their money-back promise.

I understand completely. I should have returned mine immediately.

Man, I had high hopes for that product and was extremely disappointed when it didn’t work out.

I didn’t see this deal until after I had struck out with DSD. This is less expensive and looks like a really cool project:

Since I could not find anything about it, I wanted to mention that the Behringer X-Touch mini MIDI Controller works flawless in FS2020. I used following guide: xmini2vjoy.py - Utilities - X-Plane.Org Forum [IMG_6417] The X-Touch mini is a free programmable digital MIDI Controller designed for musicians. It offers 8 rotary knobs with pushbuttons and lots of buttons in 2 layers. As always, people find ways to use it in other ways. A lot of people use it for manipulating photos in lightroom. For…

Nice, thanks for that.

DSD box went back today; ordered some things from Propwash Simulation. Looks realistic and from what I’ve seen, they have good support.

Thanks for the link… looks like some cool products!