Any news on when this will be available?

It was released like a month or two back. 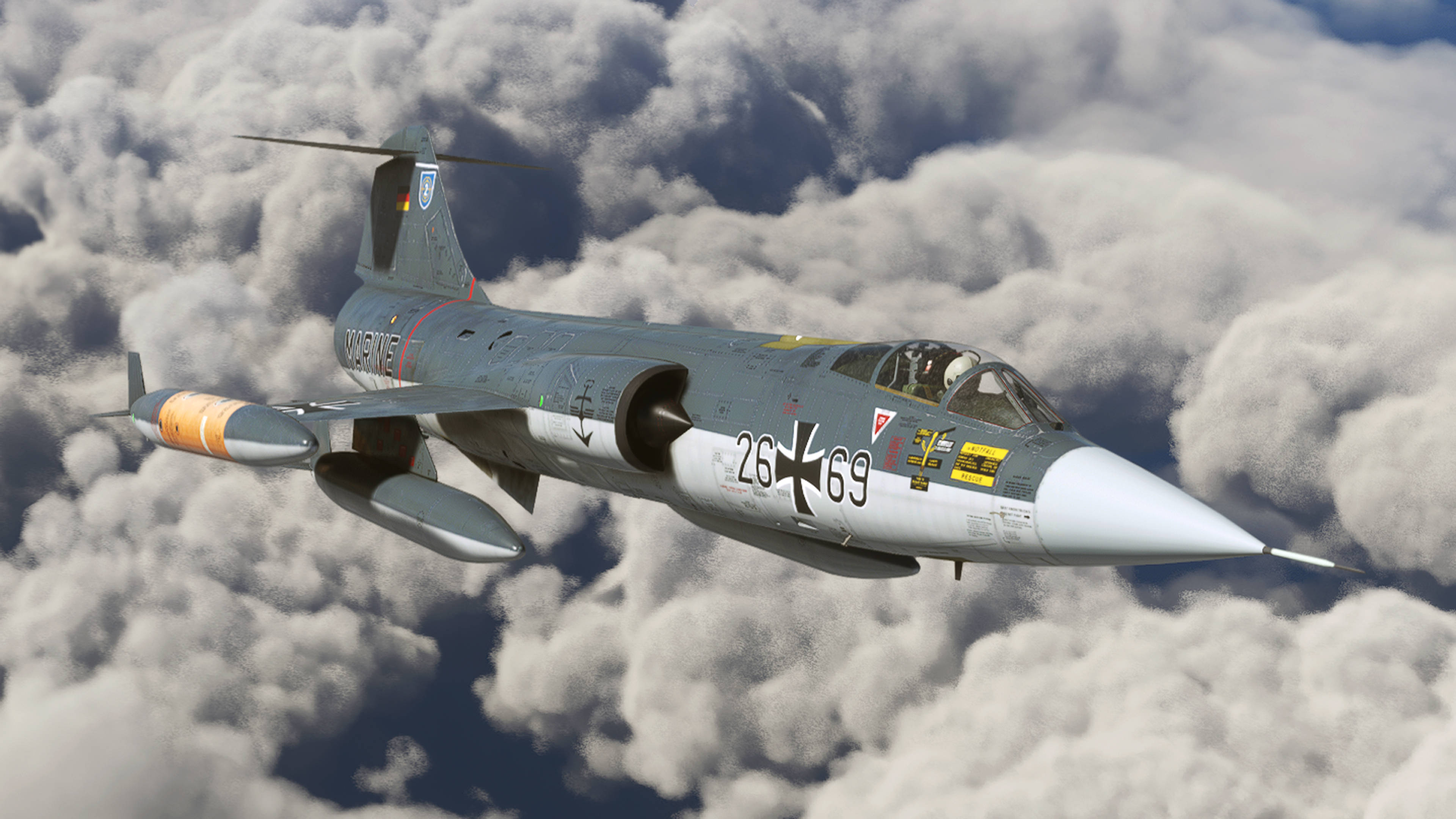 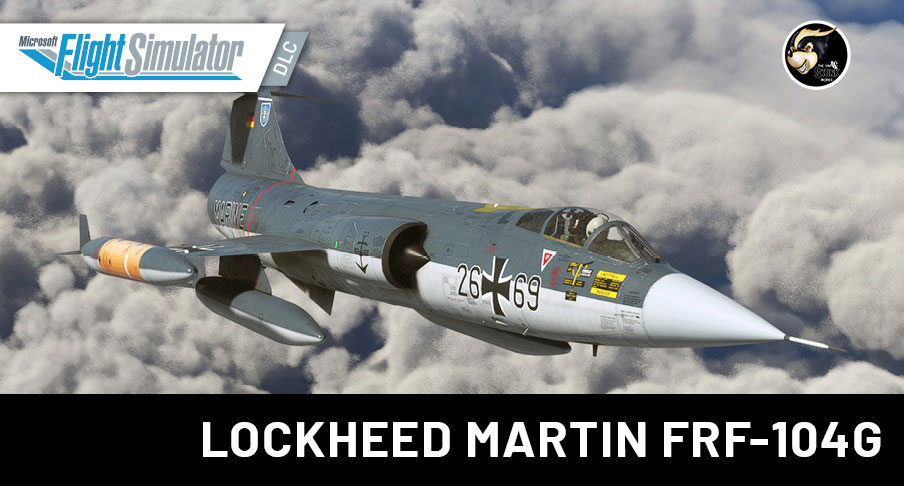 The Lockheed Martin F-104 Starfighter is a single-engine, supersonic interceptor aircraft which was extensively deployed as a fighter-bomber during… 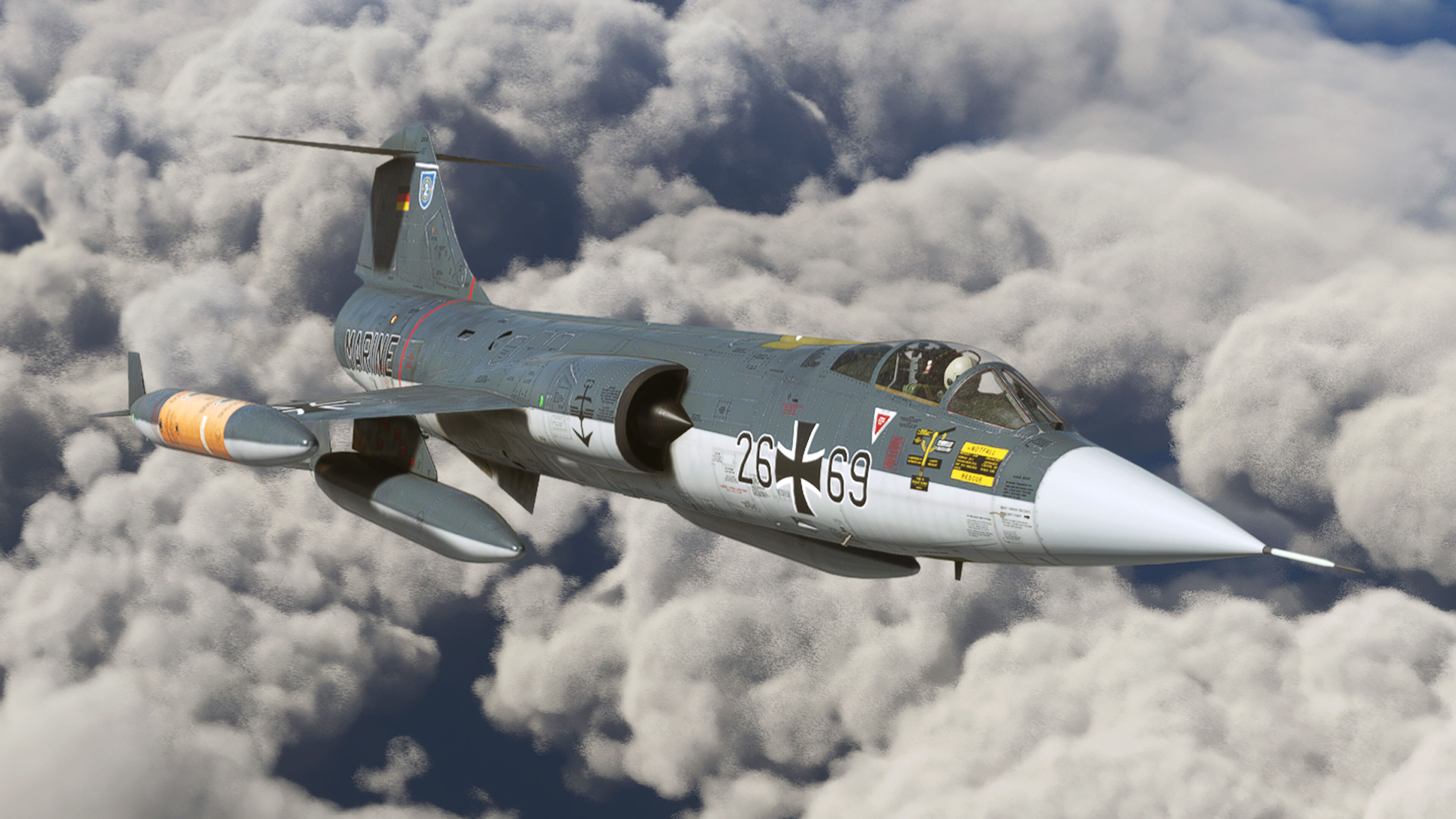 The Lockheed F-104 Starfighter is a single-engine, supersonic interceptor aircraft which was extensively deployed as a fighter-bomber during the Cold War.

Unless you mean on Marketplace then who knows. It takes ages for anything to show on there.

If I had a single complaint, then it would be the, in my opinion, slightly over-done scratches on the canopy. In external view they really look unrealistic. Externally you shouldn’t see them. Internally, they could be turned down a notch.

Also there appears to be a little z-fighting going on with the rear canopy at certain angles.

You can always add the tacan coordinates to the ins

Agree 100 percent. Also, seems to have “creases” in the glass maybe due to normal map issue?

I encountered a bonanza on final and had to do a go around. I made it to the ramp with 54 lbs remaining!

I love this bird.

The transponder clears the code to 0 when switching from stby to norm. And I have to have tooltips turned on just so I can see the code dialed in. (I hate tooltips) 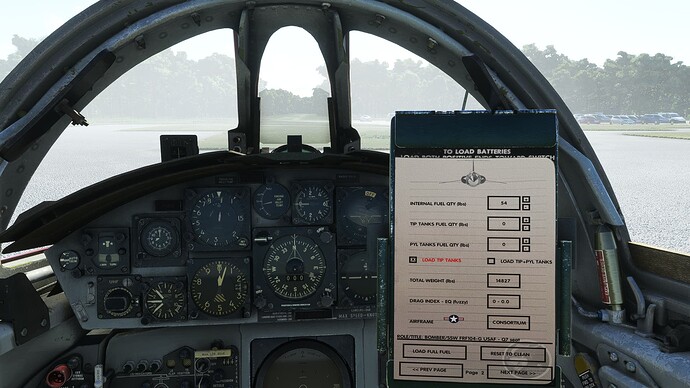 If anyone knows of an app that could be used on a second screen or even on a second device for nav-com let me know.

I thought I had a fuel flow issue in the single seater, but it turns out I had an old version of the bird. The marketplace version is fine.

When the single seater was first updated to remedy the AB cutout issue, this was an issue. The dev linked an updated engines.cfg up in this thread, but you could probably just copy the one from the TF to the single seater.

Hey Zeagle I see from the picture you posted, you have quite a reduced visibility in front of you.

May be it is just the weather you have set in sim but that picture looks very similar to what I see out of my F104 canopy but in my case it’s not reduced visibility.

It is a kind of a white smoke/cloud just around my plane.
Can I ask you to go in showcase camera and zoom out few tens of meters and see if you have the same?

I asked the Simskunkworks help desk but they don’t have this issues.
They say it might be an add on.
Well I emptied completely my community folder leaving only the F104 and the smoke/cloud is still there.
It happens only with the Frf and Tf 104, no other plane has this issue.

Can I ask all the other F104 users reading this thread to check as well?
Showcase camera and zoom out quite a bit.
It the smoke/cloud is there it will be quite noticeable.
If you stay in cockpit instead you might not notice it other than having a bit of reduced visibility like Zeagle5209 picture.

I will check it out. I noticed it. But I thought it was something to do with the weather.
BTW I do not have any addons other than aircraft purchased through the marketplace and navigraph charts.

Then if you have noticed it and it’s not weather related I am almost certain you have my same issue.
Let’s see….
And I forgot to mention, this happened right after WUX

I do see that smoke effect on the ground at KTTS. It is definitely in front of the aircraft and it seems to move with the wind. I don’t know, further observation required.

Thanks for checking this issue @Mariozga92 and @Zeagle5209

I will write another mail to simskunkworks helpdesk.
I don’t think this is due to live weather, because I don’t even use live weather.
This also happens only with the Frf 104 and Tf 104, no other default or add on plane has it.
This is probably a new bug introduced by WU X because before the update there was no bug. 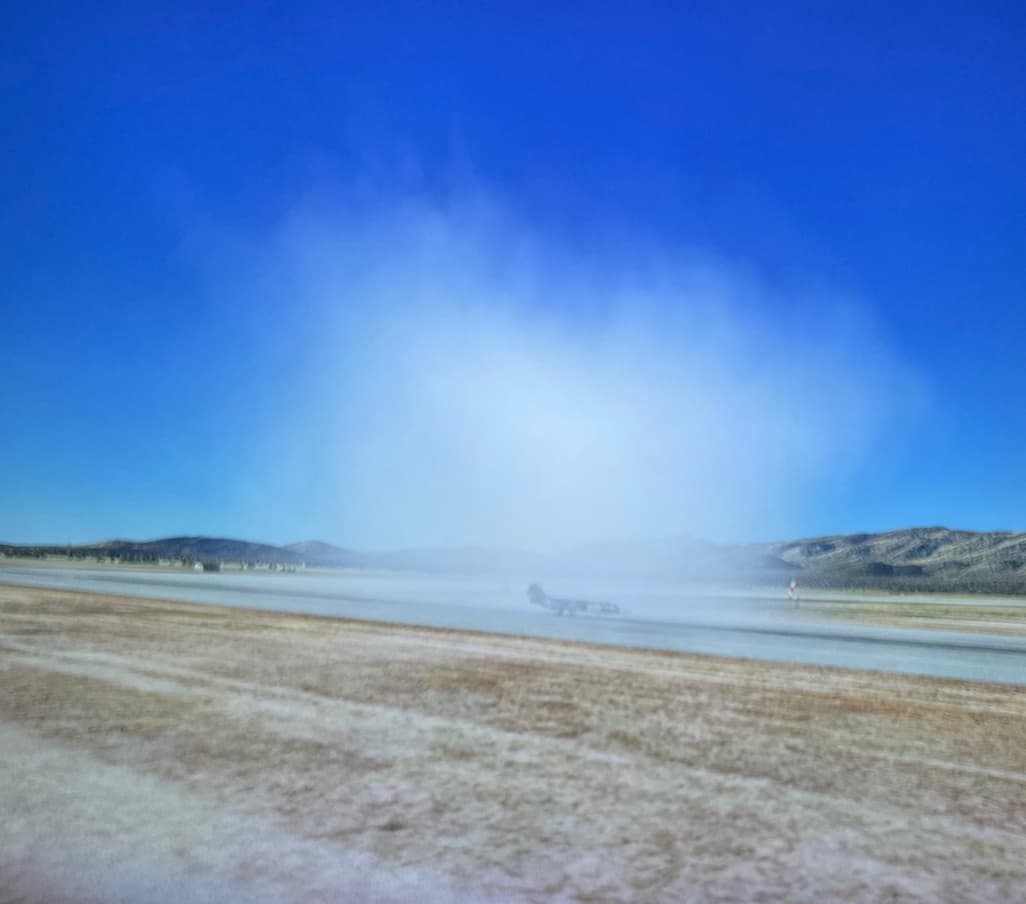 Please if any other F104 user has this, report it, so we can ask simskunkworks to aknowledge the bug and try to fix it 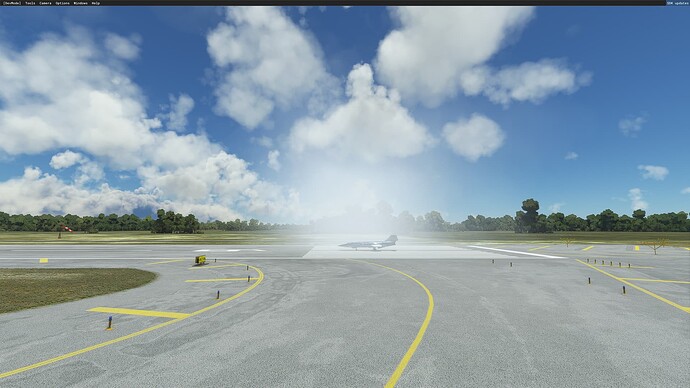 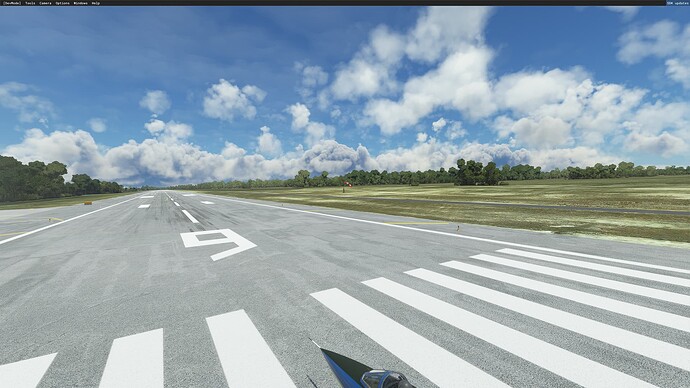 yes, same for me.
definitely a bug of some sort.
Thanks a lot for checking this.
Let’s see if others report it as well.

I think it has to do with some white puffs I have seen after takeoff. It is some sort of effect. But I am not using any addons other navigraph charts.